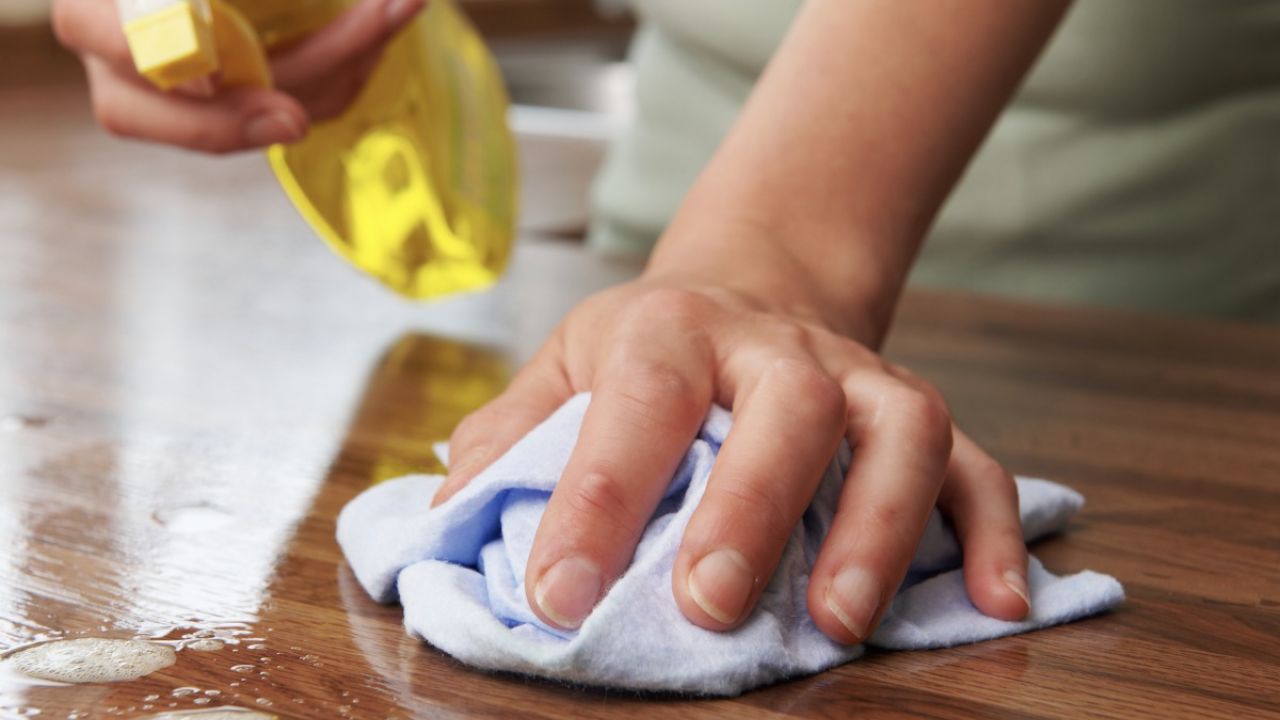 Exposure to a mixture of chemicals commonly found in household and commercial cleaning products can lead to birth defects in laboratory animals that can last for generations, according to a new study by Virginia Tech and Washington State University researchers.

The study, led by Terry Hrubec and Patricia Hunt, is particularly significant because it marks the first known investigation of the impacts of any combination of quaternary ammonium compounds, or quats, on the development of embryos or fetuses. The health impacts were found whether the exposure was through ingestion or inhalation of the chemicals. In an earlier study, the same researchers reported that mice exposed to the quats mixture also had impaired fertility, and lower sperm concentration and mobility.

Quats are widely used in cleaning, disinfection, laundry and personal care products as antimicrobial and fabric-softening agents, or preservatives. They have been classified as asthmagens, capable of causing asthma or worsening existing asthma, and as severe skin and eye irritants. According to EWG’s Guide to Healthy Cleaning, the quats evaluated in both studies – alkyl dimethyl benzyl ammonium chloride and didecyl dimethyl ammonium chloride – were found in more than 170 products. This is a conservative estimate given that many manufacturers may not list these ingredients at all.

For the most recent study, the researchers fed mice the combination of quats and, in many cases, also exposed them to airborne levels and surface residues of disinfectant mixtures resulting from routine cleaning of the labs and cages. The result was a 150 percent increase in the rate of neural tube defects, a type of fetal abnormality that can occur in rodents and people. Neural tube defects are the second most prevalent form of birth defects in humans, and most frequently manifest as spina bifida, a condition often associated with nerve damage; muscle weakness; and walking, learning, bladder and bowel problems.

The scientists found that ambient exposure to the chemicals – in air and clinging to surfaces – not only caused an increase in neural tube defects, but had an even greater impact on the occurrence of these defects than deliberate feeding. They also noted that ambient exposure could cause transgenerational effects – defects that persisted through subsequent generations of mice that had never been directly exposed to the chemicals.

The study also assessed the relative parental contribution to the development of the malformations and found that male exposure alone was adequate to pass on the defects.

The latest findings add to the growing body of evidence that quats are generally unsafe. Though the degree to which human health and development may be damaged is unclear, the findings by Hrubec and Hunt’s team raise concern.

They demonstrate that developmental harms may result from environmentally relevant doses of these chemicals – doses people could be exposed through cleaning our homes with products containing this mixture of ingredients. Given the potential implications for people, especially workers who frequently handle quat-based cleaners in institutional settings, the study authors are sounding the alarm for further study of quats’ effects on humans.

Visit EWG’s Guide to Healthy Cleaning to find general cleaners, disinfectants and fabric softening solutions that don’t include these hazardous substances and are fully transparent regarding product contents.