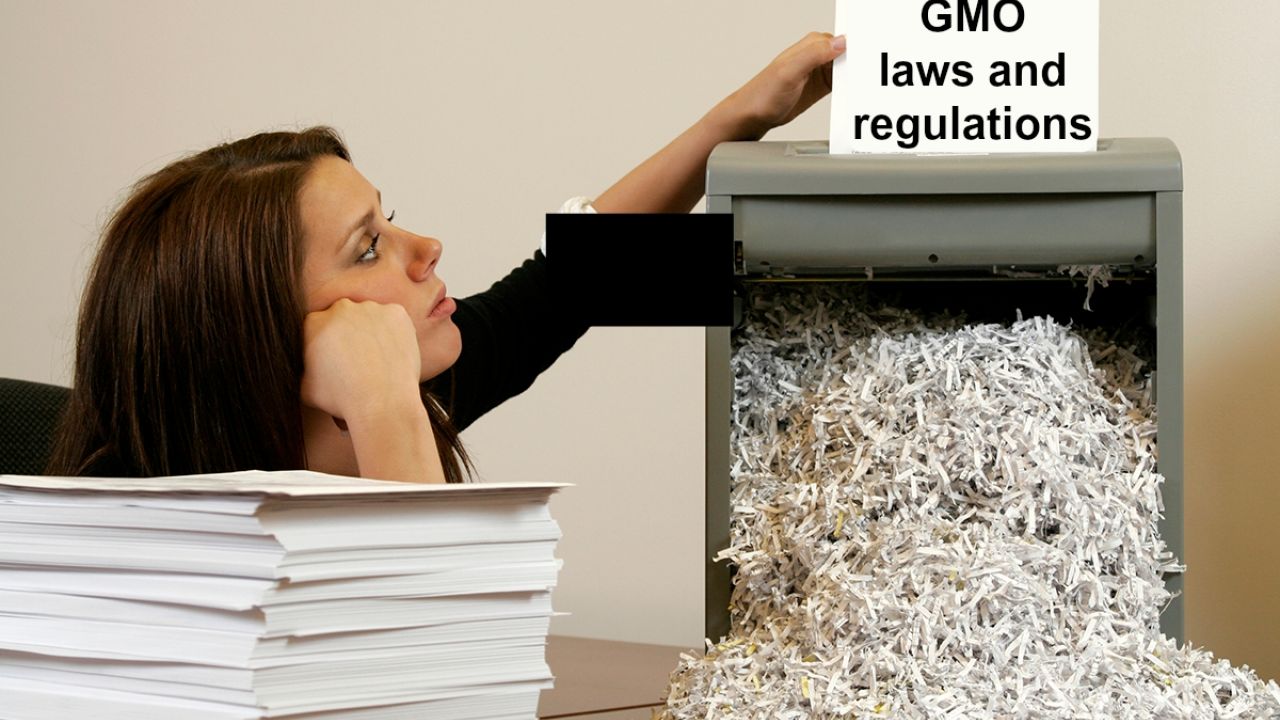 The anti-labeling DARK Act sponsored by Rep. Mike Pompeo (R-Kans.) is now also an anti-environment, anti-farmworker and anti-public health bill. The latest version could rip more than 100 laws from the books of 43 states as they pertain to genetically engineered crops, or “GMOs.”

The new and far-from-improved version of the DARK Act, technically, H.R. 1599, that passed the House Agriculture Committee on Tuesday (July 14) goes beyond robbing people of the right to know if GMOs are in their food, ignoring the nine out of 10 Americans who support GMO labeling.

By preempting states and local governments from regulating GMO plants, the bill could also block every local agency from better protecting human health and the environment on any of the 228 million acres – amounting to 72 percent of harvested cropland in the U.S. – that are currently being used to grow GMOs.

If Pompeo’s DARK Act were signed into law, state and local officials would face new restrictions on their powers to:

This bill flies in the face of the White House’s recent attempt to gain public trust and increase transparency about GMOs.  It would worsen consumer confusion.

People want the right to know what’s in their food, plain and simple. Pompeo’s bill could strip them of that right and the rights of state and local governments to protect people from the explosion of herbicides used on GMOs.

The DARK Act just got a whole lot DARKer.