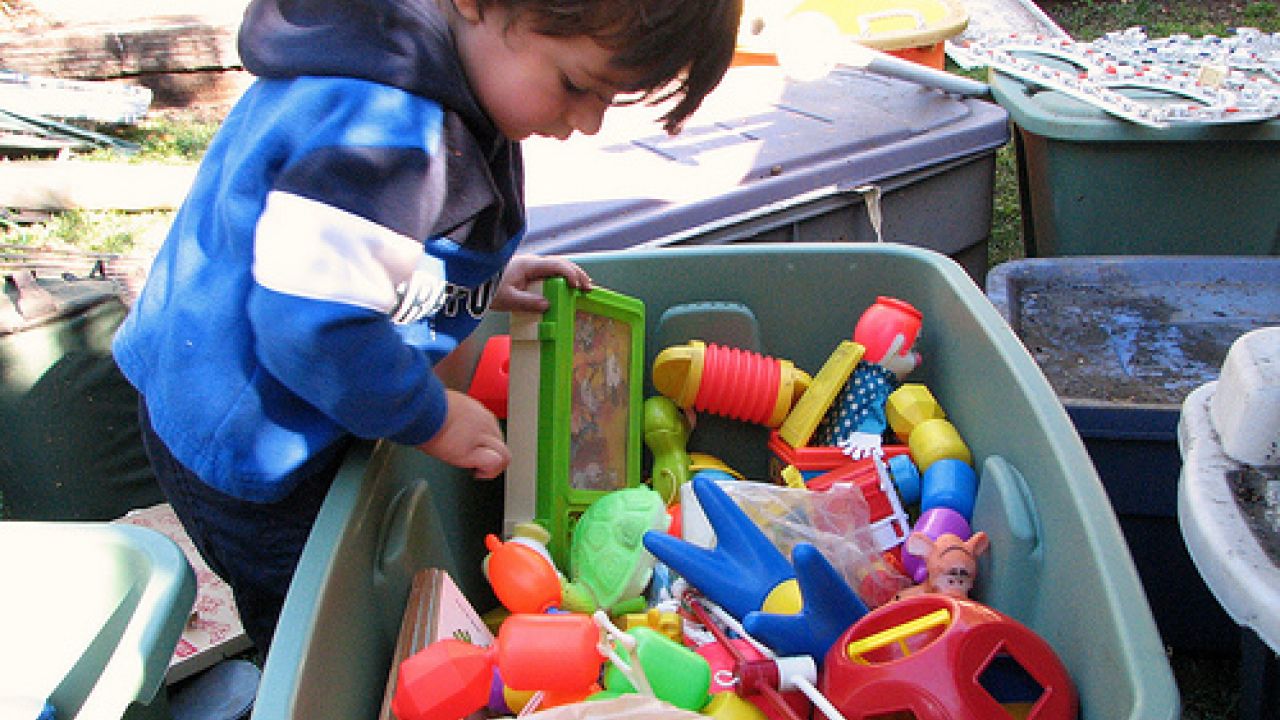 I have a 9 month-old son who is teething.  It is nearly impossible to keep him from trying to chew on the TV, computer, remote, vacuum cleaner or any other item in my house that I know has unnecessary harmful chemical additives.  Now I'm supposed to worry about those same chemicals in his toys?  Come on.

Study finds new pollutants in Chinese toys
A study by researchers at the Chinese Academy of Sciences published 4.29.09 in Environmental Science and Technology reports widespread use of brominated fire retardant chemicals in Chinese-made children's toys.

If you can't keep toys out of your kid's mouth (I thought they were made to be chewed on?!), then we need strong regulations to keep these toxins out of toys.  Unfortunately, we parents are still waiting for comprehensive legislation that ensures that kids' products are safe for kids to play with.

Chemicals linked to fertility problems, hormone disruption and more...
Brominated fire retardants are dangerous for children because laboratory studies have shown that they disrupt hormone systems and effect brain and behavior.

These chemicals are extremely long-lived in the environment and the concentration in your blood was probably 10 times lower in a decade ago (assuming you live in the United States).  My kid wasn't born 10 years ago, but he probably has higher concentrations than I do, maybe because I stopped chewing on toys and electronics a couple decades ago.

Last September, EWG reported that toddlers and preschoolers had 3 times as much of the most studied fire retardants - the polybrominated diphenyl ethers (known as the PDBEs) in their blood as their mothers.  Exposure to these PBDE-laden toys could explain some of these differences.

Nearly all children's toys seem to have a "Made in China" label.  Some 70 to 80 percent of all toys sold in the United States are manufactured in China.  The Chinese researchers purchased and tested 69 toys, including Barbie and other dolls, soft plastic teethers, swords, race cars, foam toys and action figures.  They found brominated fire retardants contaminated most of them.

They found these toxic fire retardants in the toys:

1. Polybrominated diethyl ethers (PBDEs).  These were found in all hard plastic, foam and stuffed toys, and a third of soft rubber toys.  The types of PBDEs found were:

2. Polybrominated biphenyls (PBBs). The U.S. stopped manufacturing PBBs in 1976 after several thousand people in Michigan were poisoned by the chemical.

3. Brominated-ethanes (DBDPE & BTBPE).  These are new flame retardant chemicals in use despite the absence of health and safety information.

Loopholes in U.S law allow toxic imports
Although Penta and Octa PBDEs are banned for most uses in Europe and Canada and no longer made in the U.S. because of health and safety concerns, a loophole in federal regulations allows finished goods containing these chemicals to be imported.  In 2005, when these chemicals were withdrawn from the U.S. market it was thought that they were not manufactured in other countries. It appears that we were wrong about that.

Replacing banned toxins with related chemicals is a bad habit
One of the most troubling findings in the Chinese toy article is the prevalence of a new brominated fire retardant Decabromodiphenyl Ethane (known as DBDPE), which turned up in nearly half of the hard plastic toys and all the teethers manufactured in China.

We know almost nothing about the health and safety of this "replacement chemical,"  but it has many of the bad chemical characteristics of the PBDEs which are being removed from the market. Our chemical policy needs to be modernized to ensure that we are not replacing a known toxic chemical with a new chemical that we will find out is toxic in a few years.

Let's get fire-retardants out of toys!
It is time to make sure that fire retardants and other chemicals that bio-accumulate in our bodies and pollute the environment are no longer used to make consumer items - especially children's products - anywhere in the world.  In a global economy, it is all too easy for Chinese-manufactured goods to wind up in our kids' playpens and preschools.

June 29, 2022
This Fourth of July weekend is all about getting out in the sun. Picnics, barbecues and time at the pool are all great excuses to get little ones outside to play and exercise.
All News
Back to Top