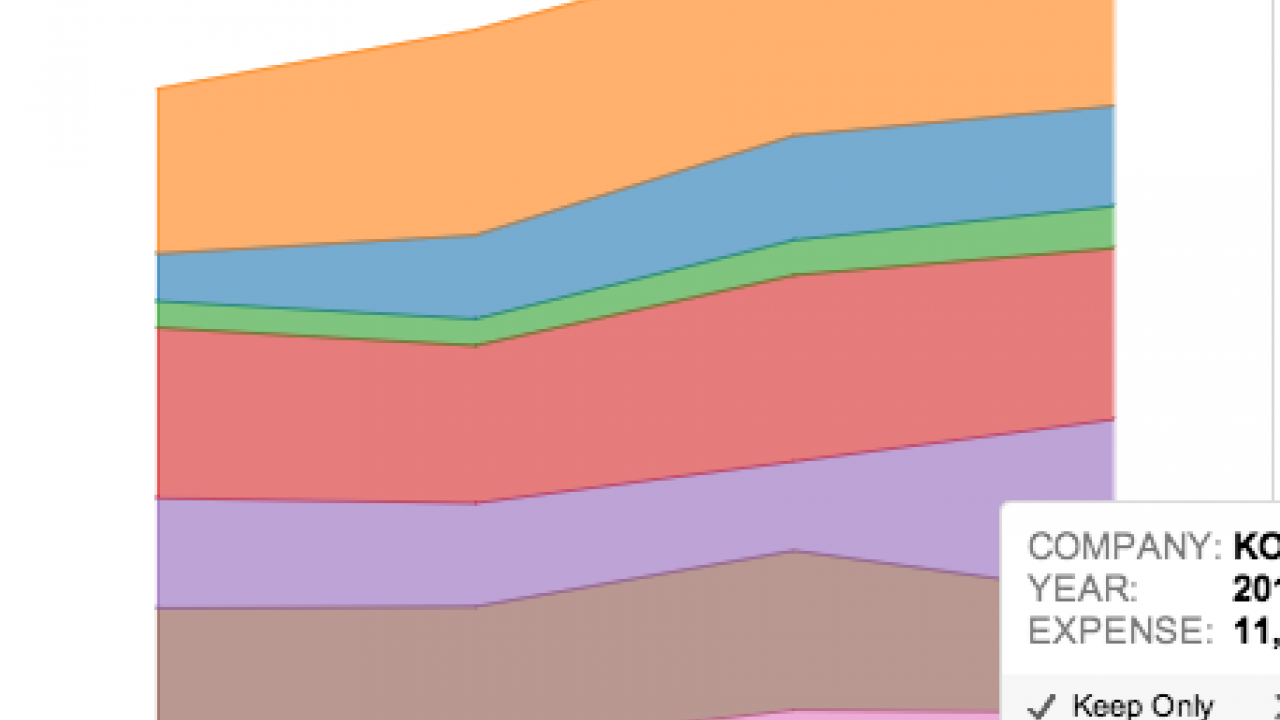 As Congress rushes to complete a new law that would seek to “reform” the decades-old Toxic Substances Control Act of 1976, political spending by chemical companies and their trade association has reached record levels, according to a new analysis by the Environmental Working Group.

Based on data provided by the Center for Responsive Politics and company and association lobbying disclosure forms filed with the House of Representatives and Senate, EWG found that Dow, Dupont, BASF, 3M, Honeywell and Koch Industries and the companies they hire to lobby Congress spent $48.6 million last year to lobby legislators, up from $39.6 million in 2010.

These six companies and the American Chemistry Council, the industry trade association, spent $63 million on lobbying last year, up from $49.7 million in 2010.  This figure includes spending by companies hired by the ACC and the chemical companies to lobby Congress. This increase in spending comes at the same time that lobbying dollars, in general, are in decline. Click to see lobbying dollars by chemical company from 2010-2013

As soon as next week, Rep. John Shimkus (R-Ill.), chairman of the Environment and Economy subcommittee of the House Energy and Commerce Committee, may schedule a mark-up session to work on the Chemicals in Commerce Act, draft legislation he introduced in February of this year.  Backed by the chemical industry, the Chemicals in Commerce Act would allow more chemicals into the marketplace without adequate safety reviews and in some cases weaken the the Toxic Substances Control Act  -- TSCA for short.

The Chemicals in Commerce Act is one of two proposals now before Congress that would change the way chemicals are regulated.  The Chemical Safety Improvement Act, championed by Sens. Tom Udall (D-N.M.) and David Vitter (D-La.), was introduced in the Senate last May and is also weaker than current law. EWG tracked political contributions by company and association political action committees and by individual lobbyists who work for them.

Like lobbying expenditures, political contributions by chemical companies and the ACC have surged in recent years. Over the course of the 2012 election cycle, they gave over $1 million to members of Congress on House and Senate committees with jurisdiction over chemical safety laws. In this year's election cycle, they have already given $549,599 and are on track to double their contributions when compared to 2012. Rep. Fred Upton (R-Mich.), chairman of the House Energy and Commerce Committee, was the largest beneficiary with donations totaling $73,555, while committee member Rep. John Barrow (D-Ga.) came in at third with $63,500 in contributions. When looking at all members of Congress who received contributions from the political action committees controlled by ACC and these companies, House Speaker John Boehner was the single largest beneficiary.  Boehner knocked Upton out of the number one seat, receiving a total of $79,500 over the past two election cycles.

Sen. Tom Udall (D-N.M.), a member of the Senate Environment and Public Works Committee and lead Democrat on the Chemical Safety Improvement Act, as well as Sens. Mark Pryor (D-Ark.), Mary Landrieu (D-La.) and James Inhofe (R-Okla.), who co-sponsored the bill, also received significant industry support.  The ACC has run television ads in support of Udall and other Democrats who supported this legislation. EWG looked into the contributions made by individuals who work at ACC and the chemical companies and were listed as having lobbied on chemical safety reform. Many association and chemical company lobbyists donated money on their own behalf and to their employer’s political action committee, and in some cases, recipients of that money overlapped. The Toxics Substance Control Act of 1976, which now regulates chemical safety, is badly broken. As EWG noted last week, the U.S. Environmental Protection Agency says that about 1,000 chemicals currently used in commerce may pose hazards to human health and the environment. But this law does not give EPA the power to conduct rigorous investigations of the safety of these chemicals, demand new data or take them off the market if they are unsafe.