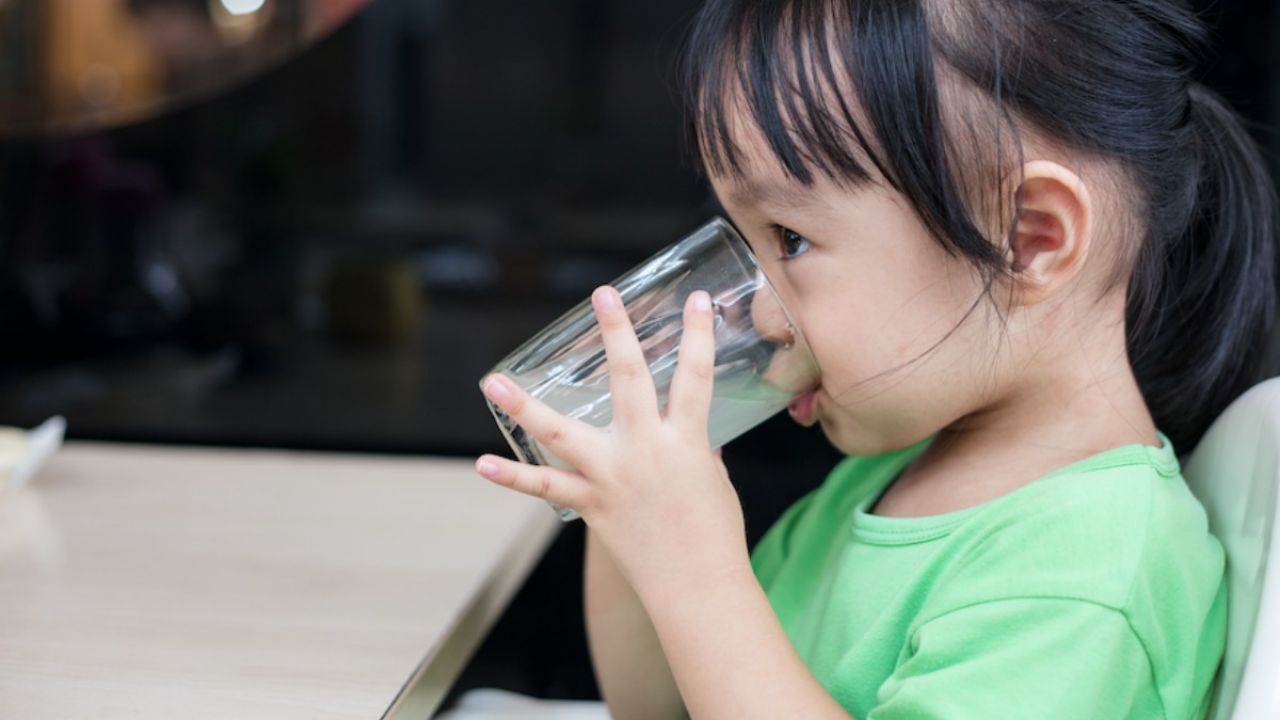 Water utilities across California are taking the welcome step of replacing lead pipelines, a much-needed effort to get the known neurotoxin out of drinking water. But information obtained by EWG suggests much of the work is being done without vital health safeguards.

State regulators have approved almost 100 water utilities’ plans to remove lead lines, according to data given to EWG through a California Public Records Act request. But those approvals do not ensure that key measures will be followed that protect public health and prevent lead exposures – including providing filters during removals, water testing after removals, and notices to residents about the work. If done improperly, the removals can release high levels of lead for up to 18 months.

The data also show that some water systems replaced lead pipes and fittings before getting approval or direction from California about health safeguards. For example, the city of Sacramento told the state’s water board in June 2020 that it had already replaced the thousands of lines it oversees. But the board hadn’t yet approved the work, so it happened without any formal direction on public health protections. To date, the city hasn’t provided documentation that it informed affected homeowners, gave them filters or tested their water after the removals. Many lead lines were replaced when the city installed new water meters.

Similarly, the city of Gilroy told the state in May 2020 that it started work to remove lead lines in 2018, but the board did not give final approval for the effort until 2021. And state emails indicate the cities of San Bernardino and Placerville also replaced lines before final approval.

The removal of lead pipes and fittings in our drinking water system is key to reducing public lead exposure. But the work must be done carefully, and with protections in place that will prevent consumers from unwittingly ingesting lead released during and after the removals. Yet regulators developed weak and inconsistent public health protections for water agencies to follow, and informed local and regional water agencies about the suggested protections three years after they began inventorying and, in some cases, removing lines.

Lead pipes, particularly short lead goosenecks and fittings – the connectors between the larger lines – are found throughout California’s drinking water systems. The pipes can cause lead to leach into drinking water, so efforts are underway to remove them. But if they are not removed carefully, large amounts of lead can dislodge from the pipes and fittings and get into the water during and after the replacement activity, entering residents’ drinking water through faucets. Even partial replacement of lead lines can leach high levels of lead for up to 18 months.

Disturbing even short lead pipes can cause lead levels to increase in drinking water. Results from San Francisco pilot projects of lead gooseneck removals demonstrated that the amount of lead in some homes’ drinking water spiked, reaching levels from 160 parts per billion, or ppb, up to 1400 ppb after lead fittings were removed. Those detections are nearly 100 times the “action level” of 15 ppb at which the federal Environmental Protection Agency requires water utilities to tackle lead contamination.

Lead is a severe neurotoxin, posing a particular danger for children. Even small amounts of lead can lower a child’s intelligence, cause behavior and learning problems, slow growth and impair hearing. The federal Agency for Toxic Substances and Disease Registry says children absorb 50 percent of the lead they ingest, and malnourished children absorb lead faster. The EPA says as much as one-fifth of a child’s exposure to lead is from drinking water, and up to 60 percent of formula-fed infants’ lead exposure can come from water used to mix formula. Adults are not immune; they can suffer cardiovascular, kidney and reproductive problems from lead exposure.

National water utility organizations and the federal government understand the need for greater communication with drinking water users about the risks from lead line removals.

The American Water Works Association, which represents more than 4,300 utilities supplying about 80 percent of U.S. drinking water, advocates notifying and educating consumers about plans to repair or replace lead lines in a “proactive and targeted manner.”

And the EPA is proposing changes to its Lead and Copper Rule, or LCR, to require water systems work with property owners to replace both the privately owned and system-owned lead lines, and provide all affected consumers with lead-removing water filters, along with six months of replacement cartridges, after a line of any length has been replaced. Water systems would also have to offer to test consumers’ drinking water after a lead line has been removed.

California law requires water agencies to provide clean and potable drinking water to the public and prohibits any person from creating a construction-related lead hazard. But state law does not explicitly require water systems to comply with health-protective requirements when removing or disturbing a lead pipeline – even though calls for such safeguards continue to grow.

Neither state law nor existing water board regulations require utilities to inform consumers about pending lead line replacements, provide consumers lead-removing water filters, or test a consumer’s drinking water after a replacement has happened. Furthermore, state law does not require utilities to ensure that the most health-protective, full lead service line removal take place, and the law does not prohibit partial lead service line replacements.

The law falls short: It doesn’t require utilities to identify privately owned lines, omitting critical data on the location of many pipes and only directing replacement of identified, utility owned lines. That’s why utilities can pursue only partial replacements, as EWG uncovered.

And state law doesn’t require utilities to identify or replace galvanized lines connected to lead fittings. These lines can collect lead that may be released when the lead fixture is replaced.

Last fall, 96 water systems submitted inventories and timelines to SWRCB. Although systems reported the presence of tens of thousands of lead lines in 2017, 2018 and 2019, the 2020 inventories disclosed only lines containing “unknown” materials – most likely lead. Despite this hazy information, SWRCB then approved the 96 replacement plans, and utilities are moving forward to replace tens of thousands of “unknown” lines throughout the state.

Lead line removals are happening, and many are complete – without safeguards

The data obtained by EWG show 100 water agencies have begun, or will soon begin, to replace lead pipes. A total of 34 water systems began to replace lines in 2020 or earlier, and another 21 systems will start this year. Twenty-two systems will begin the work between 2022 and 2024, and 13 systems will start in 2025 or later. Many systems have yet to submit timelines. Click here for a full list of communities impacted by the work.

California utilities that began these lead line and lead-fitting replacements in 2020 and before provide water to many different areas of the state. The timelines show that populations already affected include the Bay Area communities of San Francisco, South San Francisco, San Mateo, Burlingame, Livermore, Marin, Dublin, Redwood City and Vallejo and the Central Valley cities of Chico, Marysville, Oroville, Dixon, Lodi, Stockton and Visalia; the Central Coast communities of Salinas, Gilroy, King City and San Juan Bautista; and the Southern California cities of San Fernando, South Pasadena, Long Beach, Hermosa/Redondo Beach, Palos Verdes and Lynwood; and the Inland Empire localities of San Bernardino, Yucca Valley, Bishop and Lake Arrowhead. Many of these replacement projects are ongoing, still without important safeguards. The timelines also indicate that this year, 21 water systems, including those servicing San Jose, Alameda County, Placerville, Arcadia, San Marino, Rio Vista, Turlock, Guerneville, Winterhaven, Yermo, Yucaipa and Lewiston, will begin their replacements. Another 22 water systems that provide water to Santa Monica and the counties of Sacramento, Lassen and Riverside and Monterey will begin their replacements between 2022 and 2024, and 13 water systems will start their replacement program in 2025 or later. More than 50 water systems have yet to submit lead service line replacement timelines to the state.

EWG would like to acknowledge the technical assistance provided by the Natural Resources Defense Council during preparation of the Public Records Act requests submitted as part of this project. NRDC's and CalPIRG's partnerships, as well as the engagement of many other organizations, has been vital to this ongoing work to protect public health in California.

How to stay safe until health-protective measures are in place

EWG has been a strong proponent of lead service line removal around the country, and has advocated for stricter controls of lead in drinking water to better protect public health. The full removal of lead from the nation’s drinking water system is paramount to ensuring lead-free water, but the records show the efforts in California often fall short of what’s needed.

EWG urges water systems and regulators in California and across the U.S. to ensure public health is protected when lead lines or galvanized lines attached to lead fittings are disturbed. Should you live or work at one of the locations affected by the lead line removals or replacements, consider taking the following actions: