13 Ways Pruitt’s EPA Has Made Your Life More Toxic 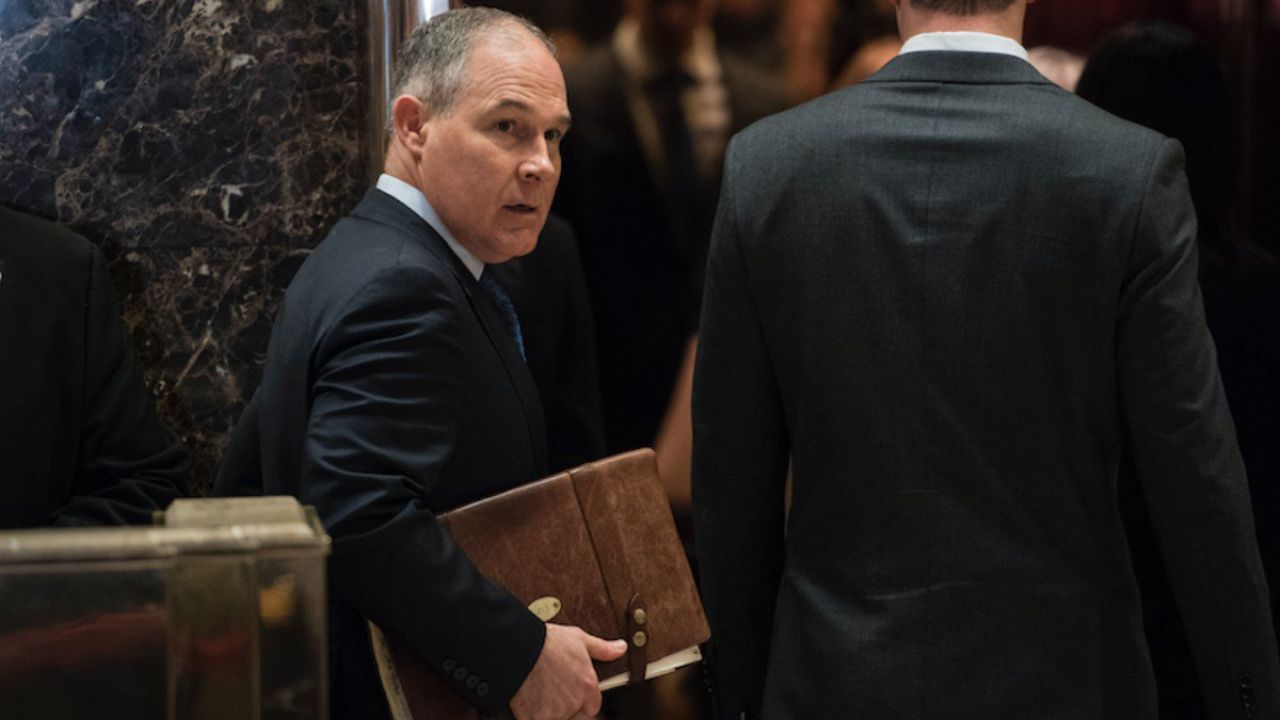 Today is the first day of an Environmental Protection Agency summit on perfluorinated substances, or PFAS. The group of chemicals is linked to a host of health issues, including cancer, thyroid disease, weakened immunity and other health issues.

Perfluorooctanic acid, or PFOA, was used to make Teflon and is the most infamous of these chemicals. PFAS chemicals are responsible for contaminating drinking water in dozens of communities and military bases across the U.S. They also show up in personal care products,  food packaging, textiles, and even baby products. Because most of these chemicals never break down, some call them “forever chemicals.”

Last week, news broke that the EPA tried suppress a study from the Agency for Toxic Substances and Disease Registry that found the EPA’s proposed safe level of exposure for two PFAS chemicals, PFOA and PFOS, in drinking water was likely significantly too high.

But the EPA’s actions on PFAS chemicals are just the latest of many EPA actions to undermine chemical safety under Administrator Scott Pruitt’s leadership. Here are 13 of the most egregious ways the EPA has been working to make your life more toxic.