WASHINGTON – A chemical used to make Teflon, food wrappers and dozens of other products may harm the immune system, liver and thyroid and cause higher cholesterol in children, according to the initial findings of a study of 69,000 people in West Virginia and Ohio who live near a DuPont manufacturing plant. The health effects observed in the study population are strong indicators of health problems that might be caused by PFOA in average Americans. Toxic effects from PFOA were observed in study participants with blood levels of the chemical equal to those found in the more highly exposed individuals in the US population. PFOA (also called C8) is one of a class of perfluorinated chemicals, or PFCs, used to make Teflon and other nonstick products, oil-resistant paper packaging and stain-resistant fabrics. A team from West Virginia University is leading the multi-year PFOA study, which is funded by a portion of a $107.5 million settlement paid by DuPont to settle a lawsuit over dumping PFOA in the region’s drinking water supplies. Last week, in the first public presentation of the C8 Health Project data, WVU scientists reported:


There are no federal safety standards for PFCs in consumer products. DuPont and other manufacturers have pledged to phase out PFOA, but not until 2015. On Monday, the California State Senate approved legislation by Sen. Ellen Corbett (D-San Leandro), to ban PFCs from food packaging. “We’re one step closer to getting these toxic chemicals out of food packaging,” said Bill Walker, West Coast vice president of EWG, which is sponsoring the legislation. “Alternatives are available now, so there’s no reason to wait another 7 years.”

Presentation at the West Virginia University School of Medicine Office for Public Health Practice "The C8 Health Project: How a Class Action Lawsuit Can Interact with Public Health - History and Events" http://www.hsc.wvu.edu/som/cmed/ophp/grandRoundsWebcast.asp 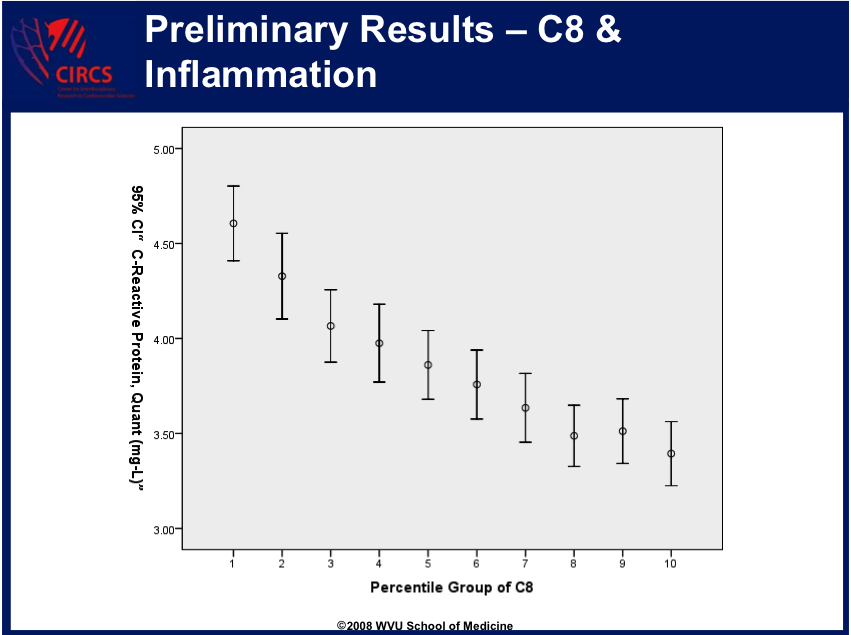 Decreased ability to fight infection: Higher blood PFOA levels are associated with lower levels of immunoglobulin G, a protein made by bone marrow-derived white blood cells that the body uses to fight infection.  (All study participants) 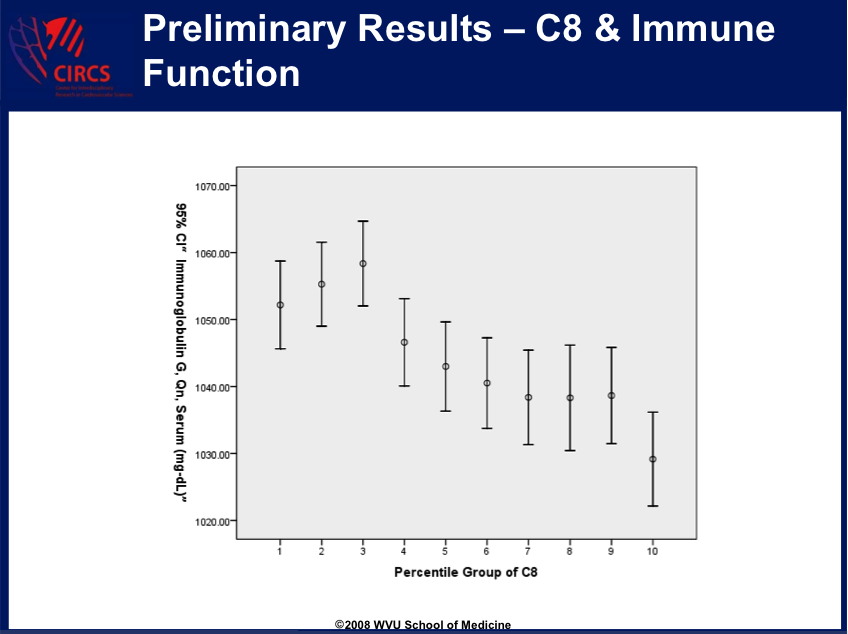 Liver damage: Higher blood PFOA levels are associated with higher levels of proteins that indicate liver damage. These proteins normally help the body metabolize amino acids, building blocks of proteins. Their presence in the blood at high levels can indicate that liver cells are damaged and are rupturing, leaking their contents into the bloodstream.(All study participants) 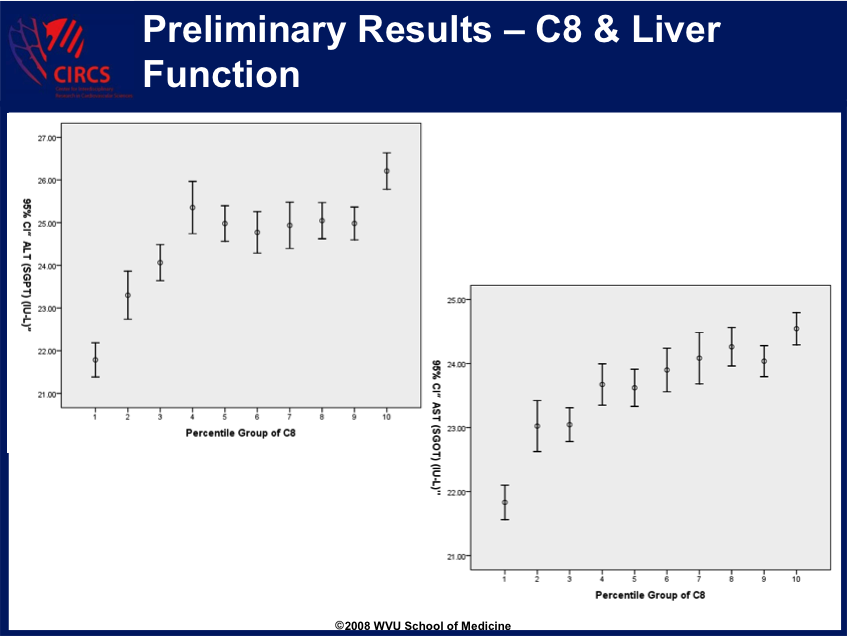 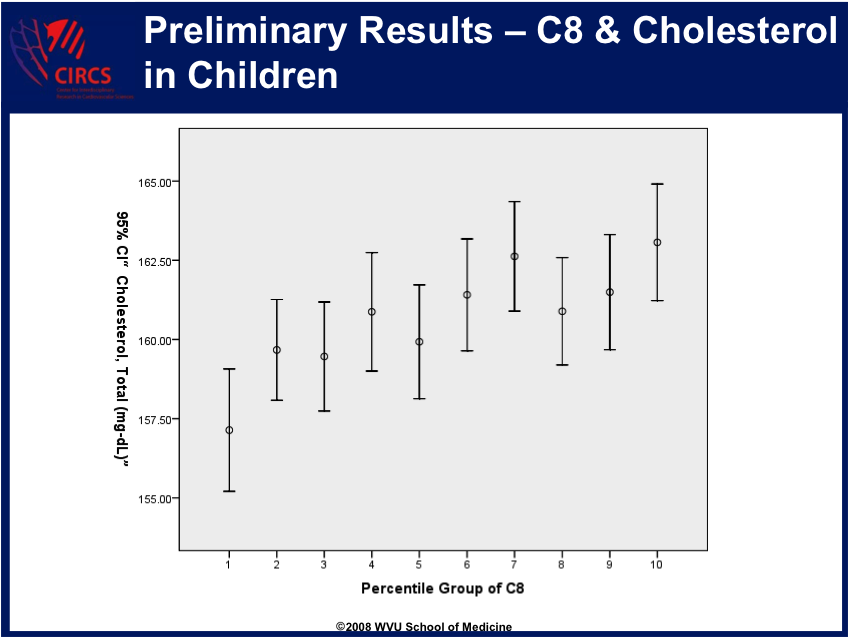 Thyroid damage: Higher blood PFOA levels are associated with changes in thyroid hormone levels. Thyroid hormone is critical for normal growth and development; the developing brain of a child is particularly vulnerable to damage from thyroid hormone changes.  (All study participants) 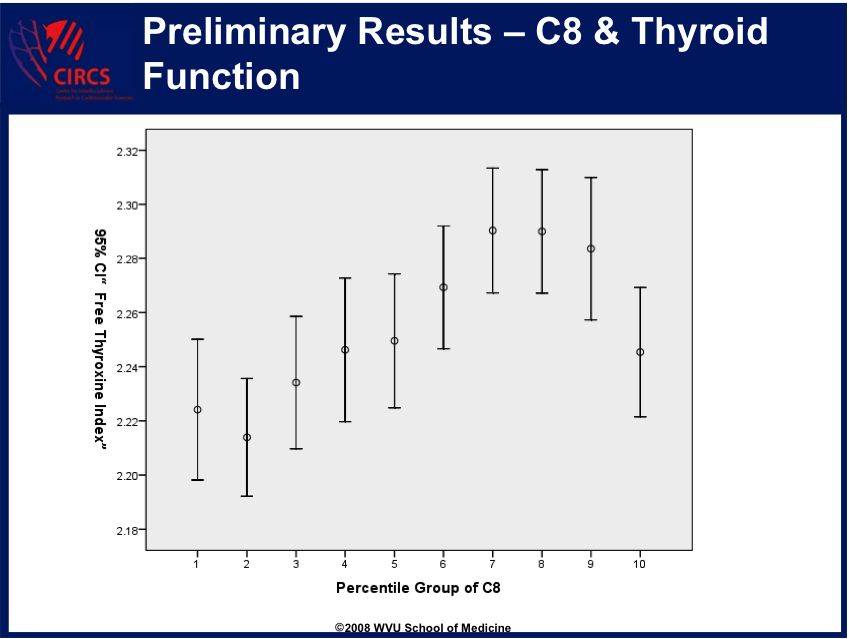