WASHINGTON – The notorious carcinogen asbestos has been found in a talc-containing eye shadow in a children’s toy makeup kit, according to laboratory tests commissioned by the Environmental Working Group.

The lab found that every gram of the eye shadow in the Princess Girl’s All-in-One Deluxe Makeup Palette tested contained more than 4 million asbestos fiber structures. The toy makeup palette is marketed by IQ Toys and was available on the company’s website and on Amazon and Ebay.

UPDATE, Jan. 28: Since EWG issued this alert on Jan. 16, it appears both Amazon and Ebay have removed the toy sold by IQ Toys from their respective websites. However, there are many similar toy makeup kits for sale by both online retailers. Out of an abundance of caution, EWG advises parents and caregivers to avoid purchasing any toys that include talc as an ingredient.

Geologically, talc and asbestos can naturally occur alongside each other in rock. In many regions, talc deposits are contaminated with asbestos fibers.

Asbestos fibers can be inhaled and become lodged in the lungs, and can cause grave, often fatal, illnesses whose symptoms may not become evident for decades after exposure. If children are exposed when young, there is even more time for asbestos-related illness to develop later in life.

Health experts and government agencies agree that any exposure to asbestos is dangerous. According to the Occupational Safety and Health Administration: “There is no ‘safe’ level of exposure for any type of asbestos fiber. Asbestos exposures as short in duration as a few days have caused mesothelioma in humans.”

“Amazon, Ebay and any other retailer marketing this and similar makeup kits toys from IQ Toys should take heed of these test results and immediately pull these types of products from their websites,” said EWG’s Vice President for Healthy Living Science Nneka Leiba. “Taking steps to safeguard children from exposure to one of the deadliest carcinogens in the world should always come before profits.”

The troubling news about the presence of asbestos in this toy makeup kit is just the latest example of the deadly fiber contaminating imported products marketed to children.

“It seems every time someone tests talc-based toys for the deadly carcinogen, they find it,” said EWG’s Senior Vice President for Government Affairs Scott Faber, who recently testified before a congressional oversight committee investigating the presence of asbestos in talc-based consumer products. “Before parents buy a makeup kit or any toy made with talc, they should seriously consider that it could very well be contaminated with asbestos.”

At the federal level, Rep. Debbie Dingell, D-Mich., introduced legislation in March that would require warning labels on talc-based cosmetics that could contain asbestos and are marketed to children.

Rep. Frank Pallone, D-N.J., chairman of the powerful House Committee on Energy and Commerce, has introduced legislation that would give the FDA the power to review controversial chemicals used in cosmetics and determine whether those ingredients are safe, safe at certain levels or unsafe. The bill also gives the FDA the ability to recall and stop production of products that pose serious health risks to consumers, including those where asbestos has been found.

Whether to let a child use makeup is a personal decision for parents. But if you do decide to allow it, here are steps you can take to make it safer: 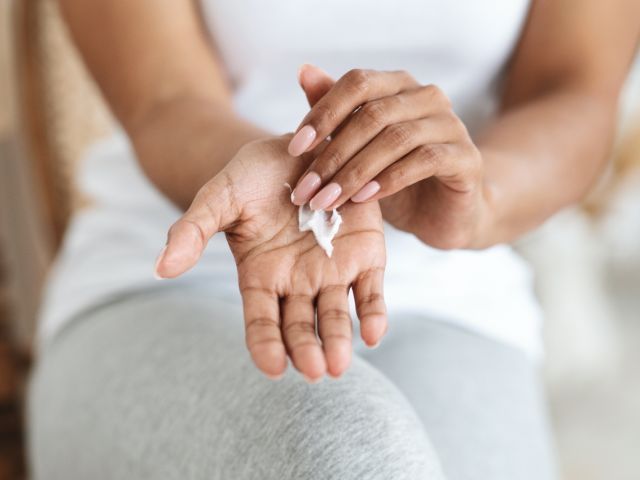 It’s getting cold in many parts of the U.S., and our skin knows it.