Too little sun may contribute to deficiency in vitamin D, a hormone critical for healthy bones and more. Many Americans have low vitamin D levels and are at risk for serious health consequences. Check with your doctor, who may recommend testing and seasonal or year-round supplements. 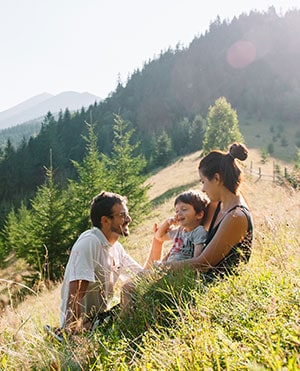 Vitamin D is critical for healthy bones and a strong immune system. Many Americans have low vitamin D levels and may be at risk for serious health consequences.

What is vitamin D?

Vitamin D is a fat-soluble hormone essential for growing and maintaining strong and healthy bones, and supporting a strong immune system that helps protect against cancer.

The body forms vitamin D precursors on the skin in the presence of sunlight. The kidneys convert these substances into the active form of vitamin D, which the bloodstream carries throughout the body (Adams 2010). Immune system cells produce vitamin D to help the body defend itself against disease.

How does vitamin D deficiency develop?

Many people rely on the sun for making enough vitamin D. People with darker skin, older people and those living farther from the equator produce less vitamin D from sunlight. People also produce less vitamin D in the fall and winter, when ultraviolet B rays are less intense. People living in the northern half of the U.S. cannot make significant vitamin D from sunlight between November and early March (Vitamin D Council 2013).

Experts agree that too many Americans don’t get enough vitamin D in their daily lives, which leads to a risk of vitamin D deficiency (AMA 2009, IOM 2010, CDC 2012).

The Centers for Disease Control and Prevention have found that Mexican Americans and African Americans are two to three times more likely than Caucasians to have low vitamin D levels (CDC 2011). People who use more sun protection or weigh more than average are also more likely to suffer from vitamin D deficiency (Looker 2008). A review of sunscreen use in field studies found no impact on Vitamin D levels, but the SPF values tested were under 20, and it is not known if the results are relevant for higher SPF products (Neale 2019).

What are the consequences of low vitamin D?

Calcium strengthens bones but only in the presence of vitamin D. Vitamin D deficiency is associated with rickets in children and osteoporosis in adults (Papandreou 2010).

Physicians and scientists agree that people should use sun protection to prevent skin cancer, and to reduce its toll on human health and health care costs (Gordon 2009). But strict sun protection can exacerbate vitamin D deficiency (Norval 2009, Reichrath 2009).

Are vitamin D supplements the answer?

Experts recommend getting vitamin D levels tested, particularly for anyone at risk of deficiency, and taking supplements, if necessary. Some foods contain vitamin D but not in amounts high enough to meet the daily requirement. Too much vitamin D can cause side effects, so take only a physician-recommended amount. The body regulates the amount of vitamin D it makes in the sun but cannot protect against excess vitamin D from supplements.

The National Institutes of Health recommends that infants get 400 International Units (IU), people ages 1 to 70 get 600 IU; and people over 70 years old to get 800 IU.

Consult your physician to determine if you’re at risk of vitamin D deficiency. If you are, you may need regular or seasonal vitamin D supplements.