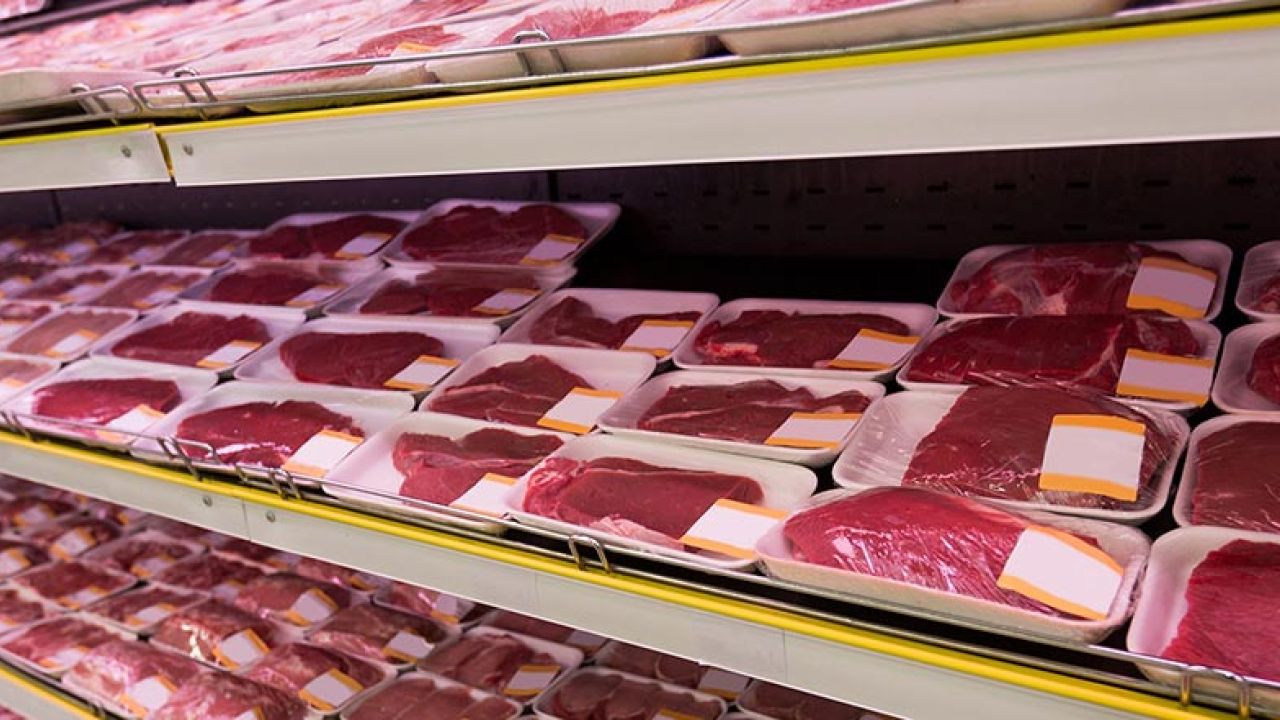 EWG’s most recent analysis of more than 47,000 federal government lab tests of bacteria on supermarket meat found an increase in the already high number of pork chops and ground beef contaminated with antibiotic-resistant bacteria. Levels on ground turkey and chicken breasts remained high, but saw a slight decline.

In the five years since our original analysis, “Superbugs Invade American Supermarkets,” not much has changed. But you wouldn’t know it by reading the Food and Drug Administration’s 2017 release of its National Antimicrobial Resistance Monitoring System Integrated Report from 2015.1

of salmonella on ground turkey was antibiotic resistant,

according to 2014 FDA testing.

“Overall resistance remains low,” for most human infections and “there have been measureable improvements in resistance levels,” according to the FDA. The agency deflected from the fact that 75 percent of the bacteria it found on grocery store meat remains antibiotic resistant, as of 2015.2

Since EWG first uncovered the FDA’s downplaying of the data in 2013, federal regulators have asked the meat industry to eliminate some of the most egregious misuses of antibiotics, but resistance trends remain high. Our new investigation found that serious concerns persist.

Our last report on superbugs put the FDA on the defensive. The agency argued that antibiotic resistance to only one drug is not that big of a deal because there are still some other antibiotics that could treat bacterial infections. But antibiotic-resistance traits can spread as genes pass from one microbe to another, affecting the success of more and more drugs.

Each year the federal government tests meat from grocery stores to monitor bacterial contamination and resistance trends. The government tests for some of the most common sources of foodborne illnesses: Campylobacter, salmonella and E. coli. It also tests for enterococcus, an indicator bacteria that scientists use to track antibiotic resistance.3

Eighty-seven percent of the indicator bacteria found on ground turkey by FDA scientists was resistant to tetracyclines4 – the most used antibiotic in food animals despite being designated by the World Health Organization as a “highly important”5 class of antibiotic. It is used to treat human ear infections, bronchitis, pneumonia and urinary tract infections. The WHO describes tetracyclines as the “sole, or one of limited available therapies, [available] to treat serious bacterial infections in people.” And pharmaceutical companies acknowledge resistance “is widespread because of the extensive use of low concentrations of tetracyclines.”6

EWG also discovered that over the last five years of available data, on average, 1 in 5 strains of salmonella found on grocery store chicken were resistant to amoxicillin, a type of penicillin.7 Penicillins as a class are the second most used type of antibiotics in food animals, despite their designation as “critically important”8 antibiotics. Amoxicillin is the number one prescription drug given to children each year.9 In 2010, more than 18 million children received at least one prescription for the antibiotic. It is also one of the few drugs available to treat serious salmonella poisoning in pregnant women.10

In 2013, when EWG first voiced concerns about these trends, there were no federal legal requirements that antibiotics be used sparingly in farm animals. Later that year, the FDA enacted its first-ever guidance requiring drug manufacturers to do their part to reduce the unnecessary use of antibiotics for growth promotion in animals, or getting animals to slaughter faster.

strains of salmonella found on grocery store chicken were resistant to amoxicillin.

Based on the past 5 years of available CDC data.

Yet nearly 80 percent of the bacteria found on meat remain antibiotic resistant. And despite the overwhelming evidence, the government still allows most producers to give highly important antibiotics to healthy animals to compensate for stressful, crowded and unsanitary conditions. These non-treatment uses are counter to WHO recommendations, and create a breeding ground for antibiotic-resistant bacteria.

The FDA’s guidance is still too lax. In 2016, a study by Pew Charitable Trusts, a leading nonprofit research and public policy organization, revealed that even with the FDA’s guidance enacted, problems remain with dosing and duration directives.

Currently, the FDA analyzes resistance trends in bacteria only for “combinations of medical importance,”13 burying its head in the sand when it comes to how resistance spreads among bacteria. We believe that bacterial resistance to a single antibiotic is superbug enough, and consumers shouldn’t have to wait for widespread, multiple-drug resistance and untreatable bacterial infections for the FDA to protect them.

Now is the time for the federal government to get medically important antibiotics out of factory farms.