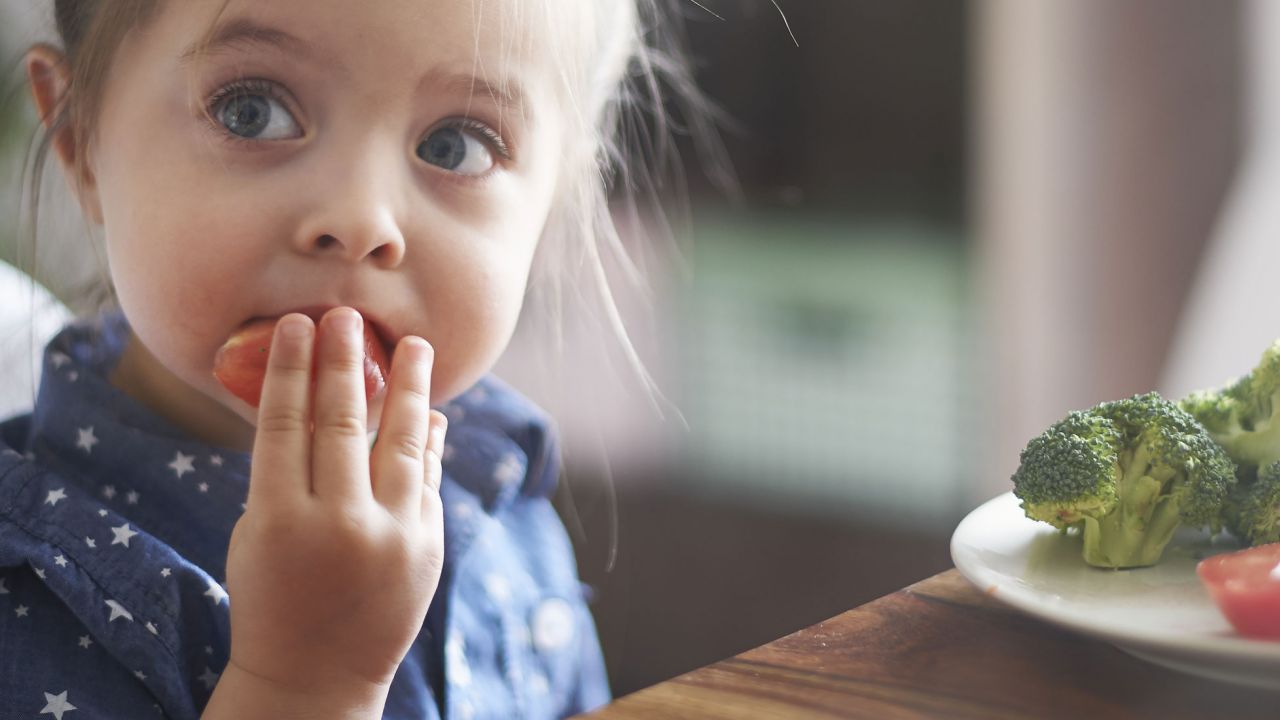 Every day, nine out of ten American children between the ages of 6 months and 5 years are exposed to combinations of 13 different neurotoxic insecticides in the foods they eat. While the amounts consumed rarely cause acute illness, these "organophosphate" insecticides (OPs) have the potential to cause long term damage to the brain and the nervous system, which are rapidly growing and extremely vulnerable to injury during fetal development, infancy and early childhood.

Based on the most recent government data available on children's eating patterns, pesticides in food, and the toxicity of organophosphate insecticides, we estimate that:

Our analysis also identified foods that expose young children to the most toxic doses of these pesticides. We found that:

This Environmental Working Group study utilizes detailed government data on food consumption patterns and pesticide residues to conduct the first comprehensive analysis of the toxic dose that infants and children receive when the entire organophosphate family of insect killers is assessed in combinations, and at levels, that actually occur in the food supply.

The study was prompted by the 1996 Food Quality Protection Act, which requires the government, for the first time, to consider the total risk posed to humans when they are exposed to any and all pesticides that have a common mode of toxic action and a similar type of effect. Prior to 1996 law, the government determined a separate, "safe" dose.

The Food Quality Protection Act (FQPA) requires EPA to act to protect infant and child health, even in the absence of total scientific certainty regarding the toxicity or exposure of pesticides to the fetus, infant or young child. This is a dramatic reversal of previous statutory requirements where EPA had no mandate, and arguably could not act to protect the public health, even child health, in the absence of complete data on the risk from a pesticide. Now the law is clear. In the absence of complete and reliable data on pre- and postnatal toxicity and exposure to a pesticide, the EPA must err on the side of child safety and apply an additional ten-fold margin of safety to food tolerances for the pesticide (FQPA section 408(b)(2)(C)(ii)(II)).

Contrary to the clear requirements of the law, the EPA has devised and implemented an official policy in response to FQPA that disregards the requirement for a ten-fold safety factor (SAP 1997, EWG 1998, Cushman 1997). This policy plainly undermines protection of the nation's children from pesticides. If the new ten-fold safety factor were applied to all organophosphate insecticides found in food, we estimate that nearly 3.6 million children age 5 and under would be exposed to levels of these pesticides in food that would exceed the new standard.

Analysis of more than 80,000 samples of food inspected by the federal government for pesticide residues from 1991 through 1996, revealed that 13 organophosphate insecticides were found in or on food by the Food and Drug Administration and the U.S. Department of Agriculture.

The highest risk OP compounds are methyl parathion, dimethoate, chlorpyrifos, pirimiphos methyl, and azinphos methyl which account for more than 90 percent of the risk from OP insecticides in the infant and child diet.

Achieving a safe food supply for children, however, is not as simple as banning the five highest risk OPs. Home and other non-food uses must be considered, as well as the fact that other OPs will likely substitute for those that are banned in the first wave of standard setting. And most importantly, infant and child safety must be measured in terms of safety standards designed to protect these children, not in terms of the current adult-based standards.

American children are routinely exposed to unsafe levels of OP insecticides in the food they eat. On any given day we estimate that more than one million children under age six exceed federal safety standards for OPs. One hundred thousand of these children exceed these same standards by a factor of 10 or more. The potential public health impact of these exposures is substantial, but as yet is not precisely understood.

For perspective, it is helpful to view the situation with OPs through the lens of experience with lead. For years lead was known to be toxic, but its special hazards to children, while suspected, were difficult to confirm. Only recently has science been able to bring into focus the subtle, yet profound learning deficits that result when infants and children are exposed to levels of lead that are perfectly safe for adults, and that were thought, until recently to be safe for children as well.

In some ways, the situation with OPs may be worse than lead because significant numbers of infants and children receive daily doses of multiple OPs that far exceed the safe dose for an adult. It is probable that these high OP exposures early in life are causing long term functional and learning deficits that scientists are just beginning to understand.

Given this overwhelming evidence of unsafe exposure to organophosphate insecticides in the diet, EPA has little choice but to act to protect infants and children. The solution to the problem of unsafe levels of OPs in food, however, is not for children to eat less fruits and vegetables. Infants, children and pregnant women should be able to eat a diet rich in fruits and vegetables without any concern about short term illness or long term brain and nervous system damage that may result from unsafe levels of OP pesticides on these foods. The solution is to rid these healthful foods of the most toxic pesticides.

To begin to meet the requirements of FQPA and retain the greatest number of safe pesticides for farmers, several decisive but reasonable steps must be made. These actions would reduce risk from OPs to a level deemed acceptable under current EPA policy. We must emphasize again, however, that current EPA safety standards do not yet incorporate explicit or adequate protections for infants and children. Until reliable data on fetal and infant toxicity are available for all OPs, the actions recommended here, while significant, must be viewed as first steps in an ongoing process of protecting infants and children from OP insecticides.

First, all home and other structural use of OP insecticides must be banned. These uses put a small but significant number of infants and toddlers at extremely high risk, and in doing so jeopardize current agricultural uses of these compounds. Indeed, if food uses of any OPs are to be retained, all non-food uses with potential to expose pregnant women, infants or toddlers must be banned.

Third, all OPs must be banned for use in food that ends up in commercial baby food.

Fourth, EPA must require developmental neurotoxicity studies for all the remaining OPs found in the food supply. Prompt action can ensure that this critical information is available by the time EPA must take regulatory action on OPs in August 1999. At that time, the required additional ten-fold level of protection must be applied to any OP for which a developmental neurotoxicity study is not performed.

Fifth, food tolerances for all OPs must be lowered to levels that are safe for infants and children. To quote the National Research Council report, Pesticides in the Diets of Infants and Children, "Children should be able to eat a healthful diet containing legal residues without encroaching on safety margins" (NRC 1993, pp 8-9). That is to say, legal residues, or tolerances, must be safe for infants and children. There is simply no scientific justification for retaining legal limits for pesticides in food that allow hugely unsafe levels of exposure, just because most children do not receive this exposure. This nonsensical notion is like leaving the speed limit at 500 miles per hour just because most people would still drive at 65.