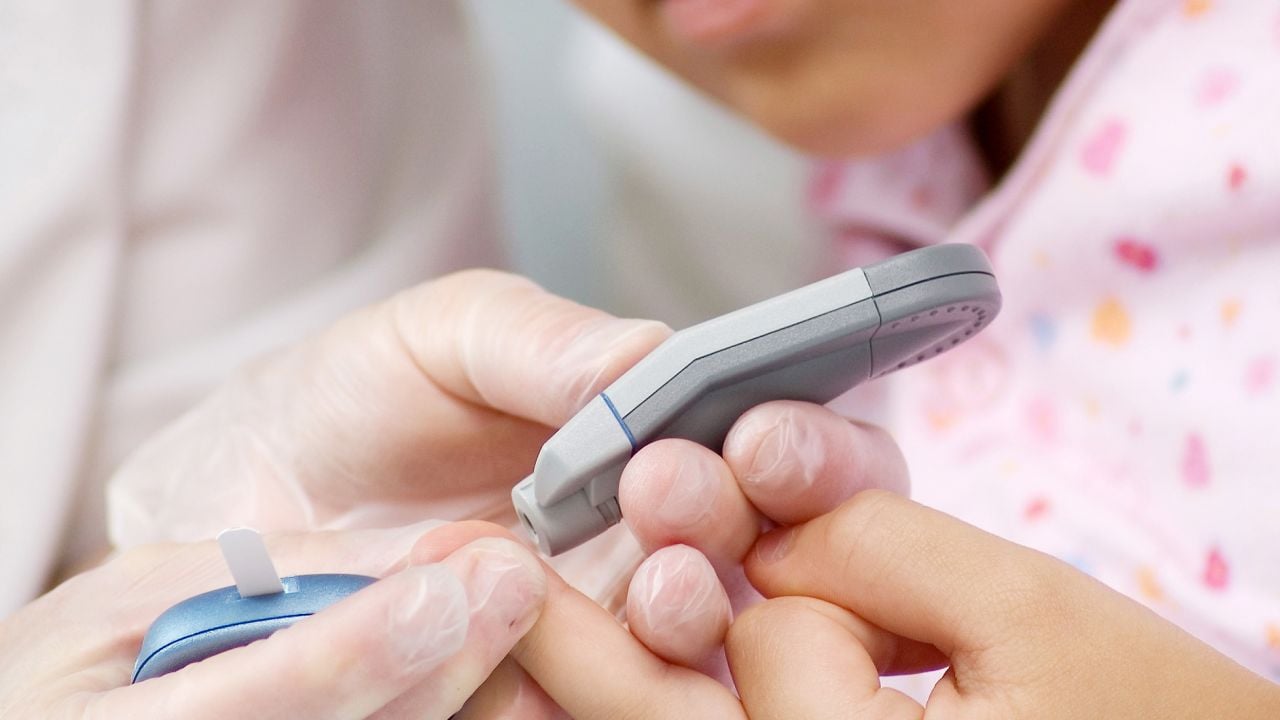 UPDATE: Since the publication of this report on September 19, 2017, additional analysis of state records shows that between 2012 and 2016, almost three-fourths of 1- and 2-year-olds enrolled in the state-run low-income health insurance program were not tested for lead in their blood.

Despite federal and state laws requiring blood tests for all young children most at risk for lead poisoning, year after year California falls far short of its responsibility. An EWG investigation found that in 2013, the latest year for which detailed records are available, an estimated one-third of high-risk 1- and 2-year-olds were not tested. This adds up to 160,000 children whose brains could be permanently damaged by a poison for which there is no level of safe exposure.

State regulations mandate that all children enrolled in Medi-Cal or other public assistance programs should be tested at 12 months of age and again at 24 months to see if intervention is needed to protect against further exposure. Lead poisoning can threaten children of any socioeconomic status, but those from lower-income families are more likely to live in older housing with lead paint or face exposure from other sources.

But the state and almost all of its 58 counties have failed to meet this mandate for decades. The state Department of Public Health has the ultimate responsibility for ensuring lead testing, but the obligation is shared by counties, most of which run their own childhood lead poisoning prevention programs, funded by state grants from fees paid by lead polluters.

EWG’s analysis, based on U.S. Census data and on Department of Public Health data obtained through a Public Records Act request, estimates that in 2013: A history of neglect
In 1990, child and environmental health advocates filed a lawsuit against the state for failing to guarantee that Medi-Cal-insured children were tested for lead exposure as required by federal law. In a 1991 settlement agreement, the state agreed to require testing for all young children enrolled in Medi-Cal and to report lead testing data.[1]

Federal regulations now require lead testing at 12 and 24 months for kids on Medicaid, which in California is called Medi-Cal. State regulations also impose this requirement and expand it to apply to children receiving other public assistance benefits. In addition, the state requires testing of all other children who spend a lot of time in poorly maintained or recently remodeled buildings built before 1978, and a state guideline asks medical care providers to test children who might be exposed to lead from other sources, such as candy, toys or contaminated soil, or when a parent requests a test.[2]

After the settlement, the legislature provided the Department of Health Services – now known as the Department of Public Health, or DPH – broad regulatory authority to ensure that all children are evaluated for lead exposure and that lead-poisoned children are helped. The legislature also directed the department to create lead testing protocols and created a fee to fund the program.

But despite being given both the legal and financial means to tackle the problem, the DPH has repeatedly failed to meet its charge.

In 1999, the state auditor found that the department was not meeting its statutory goals. The auditor said the Childhood Lead Poisoning Prevention Program had “not ensured that all at-risk children [were] tested, nor tracked the results of testing to determine the extent of the problem lead poisoning presents to the State.” As a result, the auditor said, “thousands of lead-poisoned children [had] been allowed to suffer needlessly.” [3]

The following year, an EWG investigation found that between 1992 and 1998 the state failed to identify, test or provide care to an estimated 200,000 lead-poisoned children ages 1 to 5.[4]> Our current analysis of 2013 data – covering a single year and a smaller age range – suggests little or no improvement.

According to the DPH, the number of lead tests reported to the state declined slightly between 2013 and 2016. But the population of low-income children increased, so the current statewide testing rate may be worse than our estimate of 34 percent. A remarkable flaw in the DPH’s tracking system is that the department does not know how many children who get tested are enrolled in Medi-Cal.[5] As a proxy, we compared the number of tests to Census data of California children enrolled in publicly funded health insurance, most likely Medi-Cal. (For a detailed discussion of how we reached our estimates, see the methodology section.

Who is responsible for testing kids?

The state funds the Childhood Lead Poisoning Prevention Program through fees paid by lead polluters.[6] This fee covers the department’s costs to run the program, and provide services and treatment to children who are lead-exposed or poisoned.[7] The fund is projected to have a surplus of $50 million by the end of fiscal year 2017-2018, but annual expenditures currently exceed fees paid by $14 million, so a recent analysis by the state Senate Appropriations Committee said the rate assessed to polluters will need to be raised in a few years to avoid cuts to the program’s budget.[8]

The fee also pays for local prevention efforts. The department contracts with 40 of the 58 counties, and three cities – Berkeley, Long Beach and Pasadena – to provide referrals for testing to health care providers and lead poisoning case management, as well as environmental assessments and public and provider education. In fiscal year 2012-2013, these local programs received state grants totaling more than $13 million.[9]

Doctors and other health care providers are also responsible for testing children on Medi-Cal during checkups. Parents can ask providers to order a test for their child, and the state recommends – but does not require – that providers do so. Public and private health insurance must cover the cost of the test.[10]

A recent report by the California Environmental Health Tracking Program, a partnership between the DPH and the Oakland-based Public Health Institute, said providers need to take lead poisoning more seriously and test more children.[11] But efforts to enact laws that would have caused doctors to test more at-risk children have been stymied by opposition from the medical community.[12]

The Department of Public Health must step up and meet its responsibility under federal and state law to see that all children at risk for lead exposure get required blood tests. This responsibility is shared with counties, but the differences in testing rates around the state suggest the DPH is not proactively overseeing contract counties’ programs or effectively directing efforts to test more kids.

To correct these shortcomings, numerous changes are needed to the Childhood Lead Poisoning Prevention Program, including:

Counties must also improve their performance. EWG’s analysis shows that some counties are much more successful at ensuring that kids are tested than others.  For example, in Imperial County, about three-fourths of young children on Medi-Cal were tested in 2013. In the same year in Madera County, which has roughly the same population, median household income and number of kids on Medi-Cal, only about half of the children were tested.

Even more affluent families should have their children tested for lead if they could be exposed to lead in paint, drinking water or any other sources. State guidelines recommend that doctors order a test anytime a parent requests one, and insurance policies must cover the procedure.[13] Most blood lead tests can be done in a doctor’s office with a simple pin prick.[14]Doctors and other health care providers must more diligently assess kids for potential lead exposure and test those they believe could be at risk.

Many of these issues are addressed by Assembly Bill 1316, which unanimously passed both houses of the legislature this month. The bill, by Assembly Members Bill Quirk, D-Hayward, and Cristina Garcia, D-Bell Gardens, and sponsored by EWG, requires the DPH to update standards doctors must follow in deciding whom to test. In revising these standards, the department must consider the different ways in which children might encounter lead, such as living near an old lead smelter or other industrial facility. The bill also directs the department to provide more information to the public about the prevalence of childhood lead exposure.

For details on how EWG conducted this analysis, see Methodology.

Assessing the degree to which the state has met its mandate to test children at risk for lead exposure is complicated by the fact that in response to EWG’s Public Records Act requests, the Department of Public Health only released detailed testing summaries for 2012 and 2013. The DPH also provided the crude numbers of lead tests done from 2014 to 2016, but these numbers include duplicate tests and tests for adults.

State law mandates that all children enrolled in Medi-Cal and other public assistance programs – such as the Women, Infants and Children Program, and CalFresh – receive tests at 12 and 24 months. But the DPH said it did not know the number of children tested who received Medi-Cal or other public assistance, a key measure of the department’s performance and the state’s compliance with federal regulations. Instead, the department said an estimated 88 percent of children tested are enrolled in Medi-Cal.

How many 1- and 2-year-olds receive Medi-Cal benefits?

Based on U.S. Census data and other publicly available population databases, we estimated the number of California children who received publicly funded health insurance in 2013 at the county and state levels. For populous counties, we used the American Community Survey 1-Year Estimates to calculate the number of 1- and 2-year-olds enrolled in public health insurance programs. The data said 1,406,409 children under 6 years old were enrolled, and one-third of that number yielded an estimate of 468,803 1- and 2-year-olds.[1]County-level enrollment numbers were not given for 18 rural counties.

This estimated number is significantly smaller than the DPH’s estimate of 570,000 1- and 2-year-olds whose family income in 2012 was less than 250 percent of the federal poverty level, the qualifying benchmark for many public assistance programs. This suggests that about 100,000 1- and 2-year-olds who qualify for public assistance are not enrolled and receiving it. These children are clearly still at risk for lead exposure, but are hard to identify and test.

How many 1- and 2-year-olds on public assistance were screened for lead exposure in 2013?

According to the DPH, the total number of children tested statewide in 2013 who were less than 3 years old was 350,784 – 61 percent of all children under 6 who were tested. This could include a small number tested before the standard 12-month well child visit. We assumed that this age breakdown would be similar among counties, and created county-level estimates of the number of 1- and 2-year-olds tested.

The department couldn’t identify how many of the children tested were on Medi-Cal or other public assistance, but said 88 percent would be a reasonable estimate. This is based on the DPH’s observation that 88 percent of children with highly elevated blood lead levels – greater than 14.5 to 19 micrograms per deciliter – in 2013 and 2015 were enrolled in Medi-Cal, which at that point at had merged with most other government-funded public health insurance programs for children.[2]We multiplied the estimated number of 1- and 2-year-olds tested in each county by 88 percent to derive the estimated number of publicly enrolled children who were tested for lead exposure statewide – 308,690 – as well as county-level estimates.

We compared DPH data on the number of children tested per county with our estimates of the number of 1- and 2-year-olds enrolled in Medi-Cal. This yielded our statewide estimate of 34 percent of Medi-Cal kids who were not tested, as well as county-level estimates.

The American Community Survey did not provide estimates for the number of children receiving public health care in 18 rural counties. These children make up less than 2 percent of all Medi-Cal children statewide as well about 2 percent of the children who missed out on lead screening statewide.

EWG spotlights regional issues in California and the Midwest. We help raise awareness and hold industries accountable – for your health, for your environment.

Chronic exposure to lead is a well-known threat to health, especially for children, but it’s still a persistent problem. EWG’s research continues to track and uncover lead’s hazards.