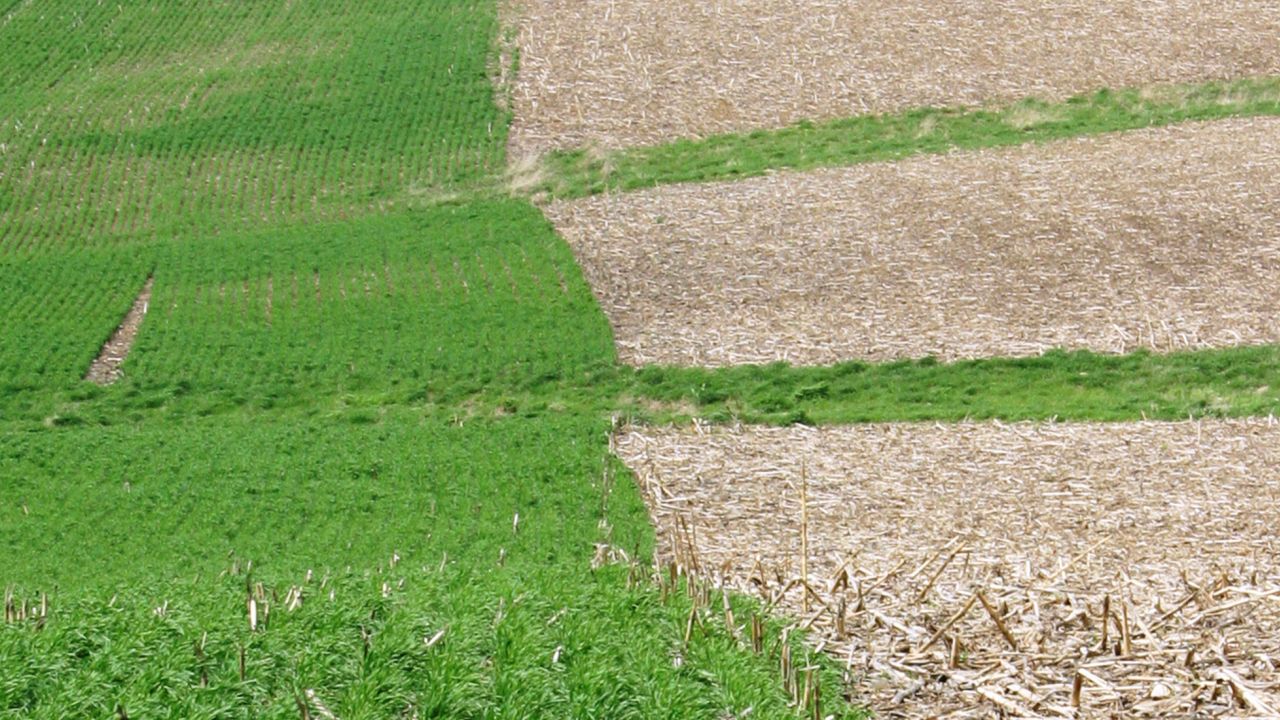 During the winter, and parts of spring and fall when crops are absent, much of the Corn Belt becomes a desert of black topsoil, vulnerable to erosion from heavy rains. Many Midwestern states are implementing strategies to protect rivers and streams from sediment, chemicals and fertilizer that run off of farm fields.

Central to most of these strategies is planting cover crops – typically cool-season grasses that help hold the soil, chemicals and nutrients in place until fields are replanted in spring. With help from a federal program called the Environmental Quality Incentives Program, or EQIP, farmers are increasingly adopting this simple practice. Federal data shows that since 2011, spending on cover crops has grown at least 10 percent in Illinois, Indiana and Iowa (see Figure 1 below). 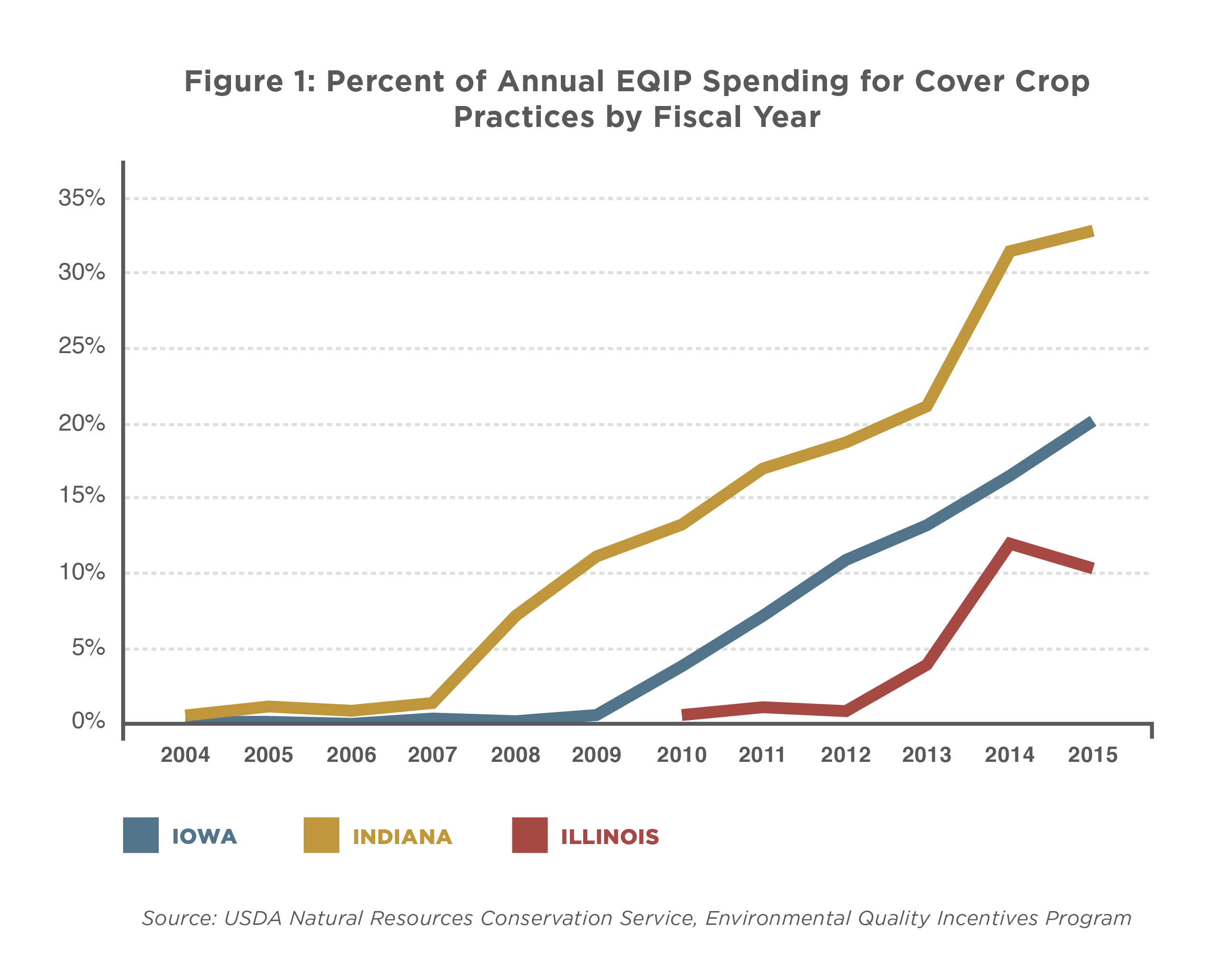 To better understand how effective these taxpayer dollars are on the ground, EWG used satellite data to track cover crops in fall 2015 and spring 2016.

Indiana, which maintains the fewest acres of corn and soybeans among the three states, had the largest area covered with cover crops, at more than 7 percent. Iowa and Illinois, each with almost double the corn and soybean acreage of Indiana, each had about 2 percent of their land protected by cover crops (see Table 1 below).

All told, hundreds of thousands of acres of cover crops were planted in the three states, but there’s still a long way to go. To clean up America’s waterways, we need widespread adoption by farmers and a significant increase in taxpayer dollars invested to encourage the practice.

Billions are spent every year in Corn Belt states in the form of farm risk subsidies and crop insurance premiums. These government programs are designed to protect farmers and their crops, but provide little protection for rivers and streams and the people who rely on them for clean drinking water. Shifting some money from risk subsidies and insurance premiums to protecting clean water would be a far wiser use of taxpayer money.