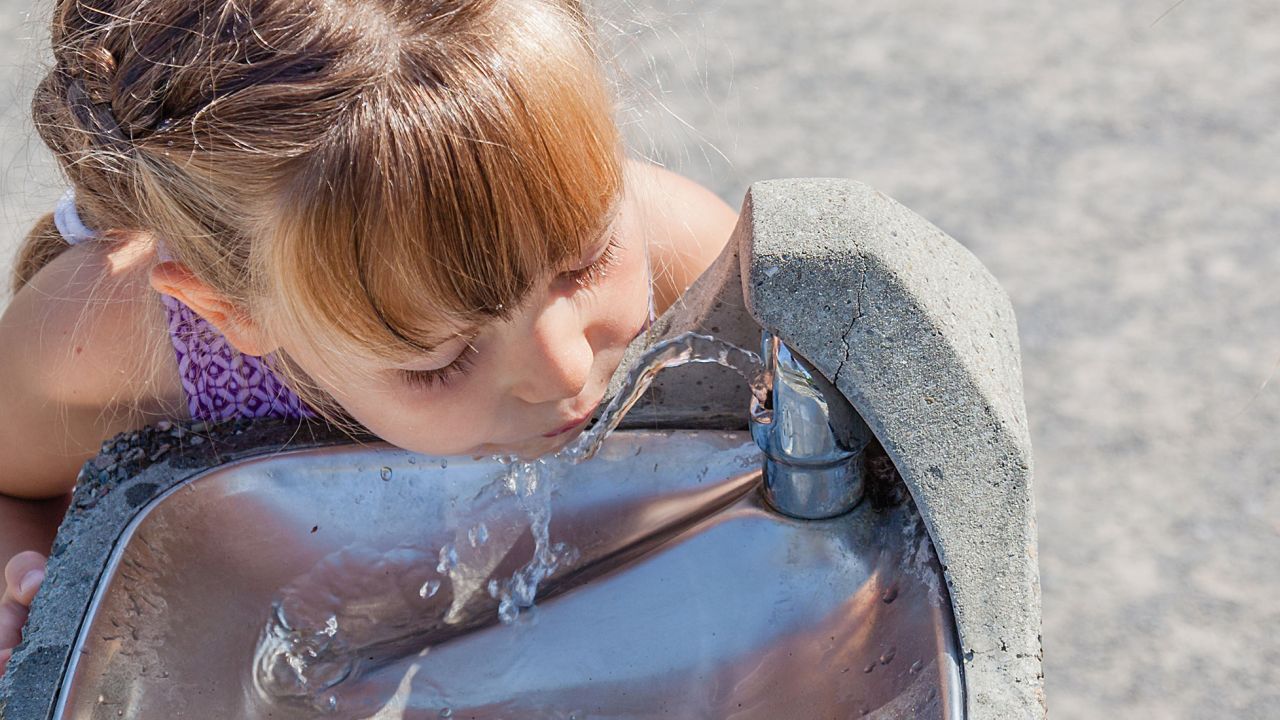 The federal government and the states have adopted a high- cost, high-risk strategy in their drinking water programs, where consumers pay water suppliers to try to make polluted water drinkable. In spite of the vigorous efforts of drinking water providers, tap water made from dirty rivers and lakes is often host to multiple toxic chemicals, or is contaminated with the by-products of the clean-up process itself.

In the summer of 1998, EWG and Ohio Citizen Action coordinated a citizens’ tap water monitoring program in 12 Ohio communities, from large cities like Cleveland and Columbus to small towns like Williamsburg and Defiance. Single samples of tap water were taken in each community, and then analyzed for a host of contaminants including pesticides, nitrates, petroleum products, industrial chemicals and the by-products of water treatment.

Independent laboratory analysis found 20 different contaminants in the water systems sampled, often at levels above federal safety standards or guidelines. The most common contaminants were trihalomethanes (THMs) — potent carcinogens and reproductive toxins that are by-products of water chlorination, found in every system tested. Atrazine, a cancer-causing weed killer, and nitrates, fertilizer residues that can be fatal to infants, were found in 10 of 12 water systems.

THMs, atrazine and nitrates were all found at levels above federal annual enforcement standards. Several individual THM compounds, as well as the pesticides cyanazine and acifluorfen, were detected at levels above non-enforceable federal health guidelines. In six communities (Columbus, Defiance, Delaware, Napoleon, Norwalk, and Williamsburg), THMs were found at levels above those associated with a significant increase in miscarriage rates in a recent study of 5,100 pregnant women in California (Waller et al. 1998, EPA 1998a) (Figure 1).

Disturbingly, for two-thirds (14 out of 20) of the contaminants detected, there are no enforceable drinking water standards — even though all have been identified as posing health risks. Even worse, aside from some short-term reporting requirements that apply to only six of these chemicals, the public has no right to know about the presence of these 14 contaminants in their tap water.

Cities with the most contaminants in tap water

Residents in Columbus, Defiance, Delaware, Napoleon, Norwalk, and Williamsburg drank tap water containing ten or more contaminants, including multiple weed killers, and high levels of THMs (Table 1). High levels of nitrate were found in Napoleon and Defiance. Tap water in Defiance also contained xylenes, a component of gasoline that is believed to cause birth defects. Water in Williamsburg, Akron and Norwalk contained low levels of phenanthrene and fluorathene, which are polycyclic aromatic hydrocarbons (PAHs), some of which have been found to cause cancer.

Defiance’s water contained the most contaminants: 16 different chemicals, including three (total THMs, atrazine and nitrates) at levels higher than federal enforcement standards and three others (two THM compounds plus cyanazine) at levels above non-enforceable federal health guidelines. Twelve contaminants were found in Napoleon and Delaware and 11 in Williamsburg. Since all of these were one-day samples and the EPA bases “violations” for most chemicals on an average of test results from samples taken throughout the year, only the nitrate levels detected in Defiance would be considered a violation of federal drinking water standards.

Our finding of multiple contaminants in Ohio tap water raises serious health concerns, particularly for infants, young children, pregnant women and people with compromised immune systems. EPA regulates only a handful of chemicals on the basis of cumulative health effects. These chemicals, regulated as groups, include total THMs, xylenes, and nitrates. Otherwise, tap water contaminated with any number of multiple pollutants is officially “safe” to drink as long as no single contaminant exceeds the federal enforcement standard.

The 1996 amendments to the Safe Drinking Water Act require water systems to prepare an annual summary of the quality of water they delivered to consumers’ taps throughout the year. Water suppliers’ first annual “Consumer Confidence Report” must be delivered to each consumer by October 1999.

But EPA’s highly touted new program falls far short of ensuring the public’s right to know. While some utilities may do more, water suppliers are required only to inform the public about contaminants in their tap water covered by an official enforcement standard known as a maximum contaminant level (MCL). Of the 20 contaminants we found in Ohio drinking water, MCLs have not been adopted for 14. Aside from some special, short-term reporting requirements, the public has no federally-guaranteed, long term right to know about these 14 contaminants in their tap water (Table 2).

All Ohio residents could be affected by this serious shortcoming in the federal right-to-know rules. At least 60 percent of the contaminants detected in every town in our survey are not subject to long-term right-to-know reporting requirements. People who drink water drawn from agricultural watersheds will almost certainly be exposed to levels of contaminants that exceed federal health guidelines and not be told about it. The six water systems in our survey with the most contaminated tap water, all get their water from rivers that flow through heavily farmed areas.

The EPA also requires water suppliers to inform consumers about the health effects of contaminants, but here the new rules are even weaker. If water suppliers follow EPA rules, as many surely will, customers will receive health effects information only for chemicals found at levels high enough to trigger an enforcement action for formal violation of an MCL.

Under federal requirements, only Defiance and Napoleon in our survey would need to provide health effects information to their consumers, and then only for one contaminant, nitrate. Water suppliers in the other 10 communities could comply with federal regulations without providing health effects information of any kind about the 20 contaminants found in their tap water — including five contaminants we found at levels above federal enforcement standards or health guidelines.

In Columbus, Defiance, Delaware, Napoleon, Norwalk, and Williamsburg, THM levels were found far above 75 ppb (Figure 1). Women in these communities receive no warning when THM levels in tap water rise above this level of significant risk.

Tap water appears to be much more contaminated in communities that rely on surface water from agricultural areas. Tainted tap water in these communities is typically caused by three factors. These towns often draw water from rivers that are close to major sources of agricultural pollution, with high concentrations of pesticides and nitrate. These rivers are often loaded with organic matter, from farm runoff and other sources, which reacts with chlorine to produce THMs. Finally, many smaller towns cannot afford expensive treatment methods, such as granular activated carbon or reverse osmosis, needed to lower levels of chemical pollutants in tap water. Because current policy does little to protect source water from contamination, water suppliers are forced to spend scarce tax revenues trying to turn polluted water into “safe” tap water — while the public is kept in the dark about most of the contaminants in the water they drink.

Protecting source water is by far the most cost effective and fair way to improve the quality of tap water. It avoids the need for costly upgrades to drinking water facilities, and it puts the burden of cleaning up water where it belongs — with the polluters. A strong public right to know about all contaminants in their tap water is the essential first step in building support for source water protection initiatives. Comprehensive monitoring, in turn, is the foundation of any good right to know program.

Improving drinking water quality in Ohio will require action by the federal government, Ohio EPA, and Ohio citizens. Private individuals can make a difference by, at a minimum, encouraging their water suppliers to go beyond weak federal requirements for next year’s Consumer Confidence Reports.

To protect public health and improve water quality in Ohio and the nation, EPA and the State of Ohio must: