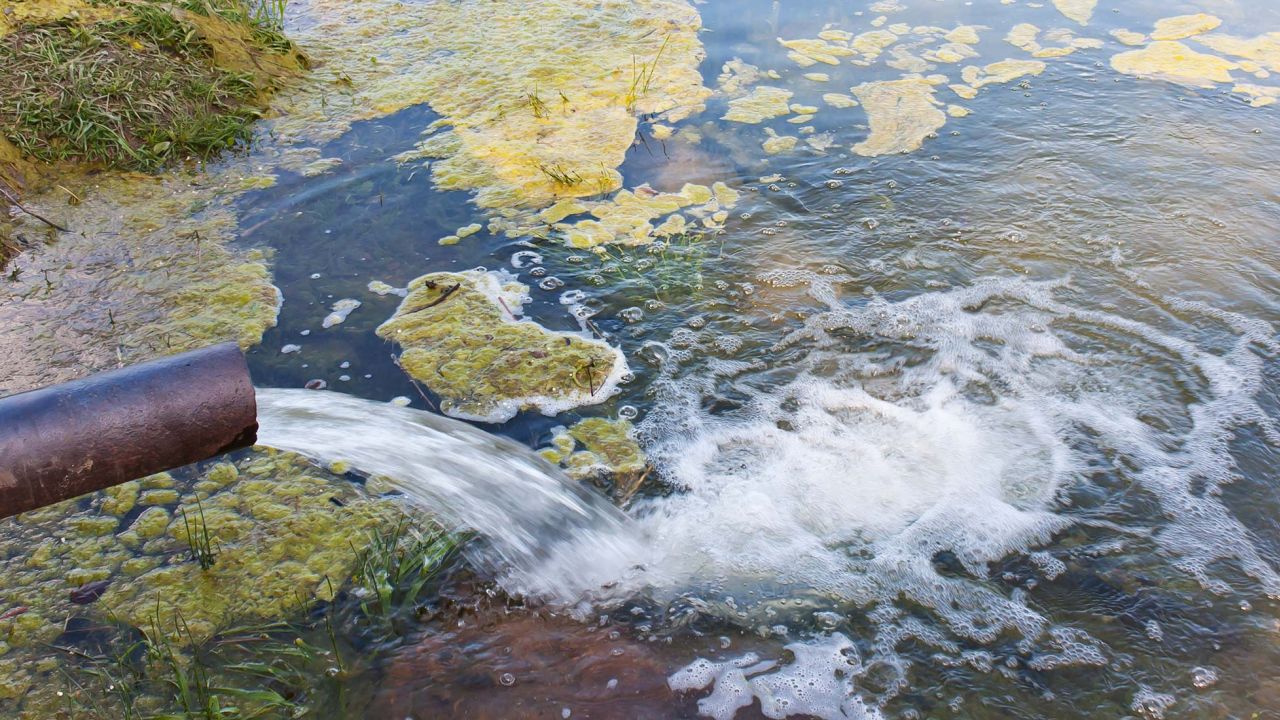 Most pollution of America's waters is unregulated and unmonitored -- allowing polluters to pollute with little fear of regulation or disclosure. A 1994 study by the General Accounting Office, a research and auditing arm of the Congress, found that the majority of toxic pollutants discharged from 200 of 236 pesticide, pharmaceutical, and paper plants it examined, were so-called "uncontrolled" pollutants that are exempt from regulation under the pollution permitting process of the Clean Water Act (GAO 1994). The Environmental Working Group estimates that the total load of toxic pollution in most rivers, streams, lakes, and bays over the past five years may be 20 times greater than the amounts reported in Dishonorable Discharge.

More than one billion pounds of toxic chemicals were discharged directly to America's waters between 1990 and 1994, according to TRI records analyzed in Dishonorable Discharge. An additional 450 million pounds were discharged to the nation's waters by polluting facilities, via sewage treatment plants built and operated at the expense of American taxpayers.

The Most Polluted Waters

For 80 percent of rivers and waters receiving toxic pollution, one polluter accounted for all reported toxic discharges during the five year period analyzed; for 92.7 percent of all waters, three or fewer polluters accounted for all reported toxic discharges during this time. Bearing in mind the significant shortcomings with TRI data, these figures nonetheless suggest that significant water quality improvements in some watersheds might be achieved through efforts that target a few major polluters.

More rivers receive huge amounts of toxic effluent via "publicly owned treatment works" (POTWs), commonly known as sewer systems. Huge amounts of toxic material are "transferred" to sewage treatment plants by polluters, in part because regulations governing disposal of toxics in this fashion are even weaker than the discharge permits required under the federal Clean Water Act. The EPA does not count these transfers as releases to the environment in the TRI, although the agency estimates that 25 percent of the toxic chemicals sent to sewage treatment plants flow through these facilities to receiving waters (EPA 1996b).

Dishonorable Discharge presents the first estimates of the portion of these so-called toxic "transfers" to POTWs, a large share of which is discharged to specific rivers and bodies of water. In many cases rivers that receive relatively little direct toxic pollution are the targets of enormous amounts of toxics via sewage treatment plant outflow. For example, less than 1 million pound of toxics were directly dumped into the Illinois River between 1990 and 1994, compared to an estimated 13 million pounds discharged to the river basin via sewage treatment plants during that same period of time. Gravelly Run in Virginia received 6.3 million pounds of direct discharges, between 1990 and 1994, in contrast to an estimated 20 million pounds of toxics that may have been dumped into it via the sewage treatment plant during that same five year period. By EWG estimates, the Kalamazoo River in Michigan, the Sacramento River in California, and Onondaga Lake in Syracuse, New York, may have received more than 95 times the amount of toxic chemicals via sewage treatment plants than were directly discharged into these waters. EWG estimates that the Raritan River in New Jersey received 50,000 times more toxic pollution from POTWs (12.6 million pounds) than the TRI reported as being directly discharged into that river between 1990 and 1994.

More phosphoric acid, ammonia, and sulfuric acid were discharged to Americas' waters between 1990 and 1994 than any other chemicals in the TRI, at 544 million, 188 million, and 122 million pounds respectively. Phosphoric acid and ammonia present serious threats to the aquatic environment when discharged in large quantities such as those reported here, because they can be converted to the nutrients phosphate and nitrogen in water. Phosphate and nitrogen are primarily responsible for the low-oxygen conditions that threaten whole ecosystems such as the Chesapeake Bay and portions of the Gulf of Mexico.

Sulfuric acid discharges to water are no longer reported to the TRI. The compound, however, continues to be dumped to waters in substantial amounts and contributes substantially to disruptions of local ecosystems. Temporary but significant increases in acidity of waterbodies are likely to occur near major sulfuric acid discharge points, which can in turn create toxic conditions for aquatic life by liberating toxic metals that are chemically bound to sediment under normal conditions.

The vast majority of toxic chemicals have not been fully studied for their health and environmental effects. At a minimum, however, all of the chemicals reported here have triggered one of the EPA criteria for TRI listing. (See sidebar, How Toxic is Toxic?).

Based on official determinations by federal and state health and environmental officials, TRI records indicate that nearly 30 million pounds of carcinogens, reproductive toxins, or persistent toxic metals were discharged directly to waters during this five year period. Fifteen (15) million pounds were persistent toxic metals like arsenic, lead, chromium, and zinc, which last in the environment virtually forever. Another 11.5 million pounds of material released into water were carcinogenic industrial chemicals like formaldehyde, chloroform, vinyl chloride and benzene, and nearly 5 million pounds of the pollutants were reproductive toxins such as toluene, lead, and nickel.

Carcinogens. Eastman Kodak Company dumped more cancer causing chemicals into the nation's waters than any other company, 879,000 pounds between 1990 and 1994, according to the TRI. All of these discharges went into the Genesee River in New York. Kodak was followed by Cytec Industries in Wallingford, Connecticut, Weyerhauser and Longview Fibre Companies, both of Longview Washington, and Pfizer Inc. of Groton, Connecticut.

The Columbia River received the most cancer causing toxic chemical discharges between 1990 and 1994, at 1.39 million pounds, followed by the Quinnipiac River in Connecticut, the Genesee River in New York, the Mississippi River, and the Thames River

So what's the big deal? It's been years since an American river burst into flames.

In a nutshell, the deal is this: chemical plants, pulp mills, steel factories and all manner of other manufacturing concerns dumped more than a billion pounds of toxic chemicals into America's rivers, lakes, streams, bays and coastal waters between 1990 and 1994. Another huge load of toxic substances--we estimate about 450 million pounds worth--ended up in U.S. waters during those 5 years after having been flushed by factories through sewage treatment plants.

The vast majority of this pollution was, and is, legal. The effects of the various pollutants, and the chemical soups they form in most rivers, have scarcely been studied, much less understood. The toxic emissions we examined, massive though they are, are but a fraction of the total pollutant load entering the nation's waterways--maybe 5 percent. Many polluting facilities are not required to report all of what they dump into rivers or sewers. Many chemicals are not on the government checklist for those facilities that are required to report. And most Americans have no idea who's dumping how much of what pollutants into their favorite river, lake or bay.

As a result of this continuing pollution, thousands of water bodies nationwide are damaged, as are the economies that depend on them, from tourism to fisheries. And the toxic load only adds more stress to the nation's aging and overworked drinking water infrastructure.

The 50 Most Polluted Rivers in the Country