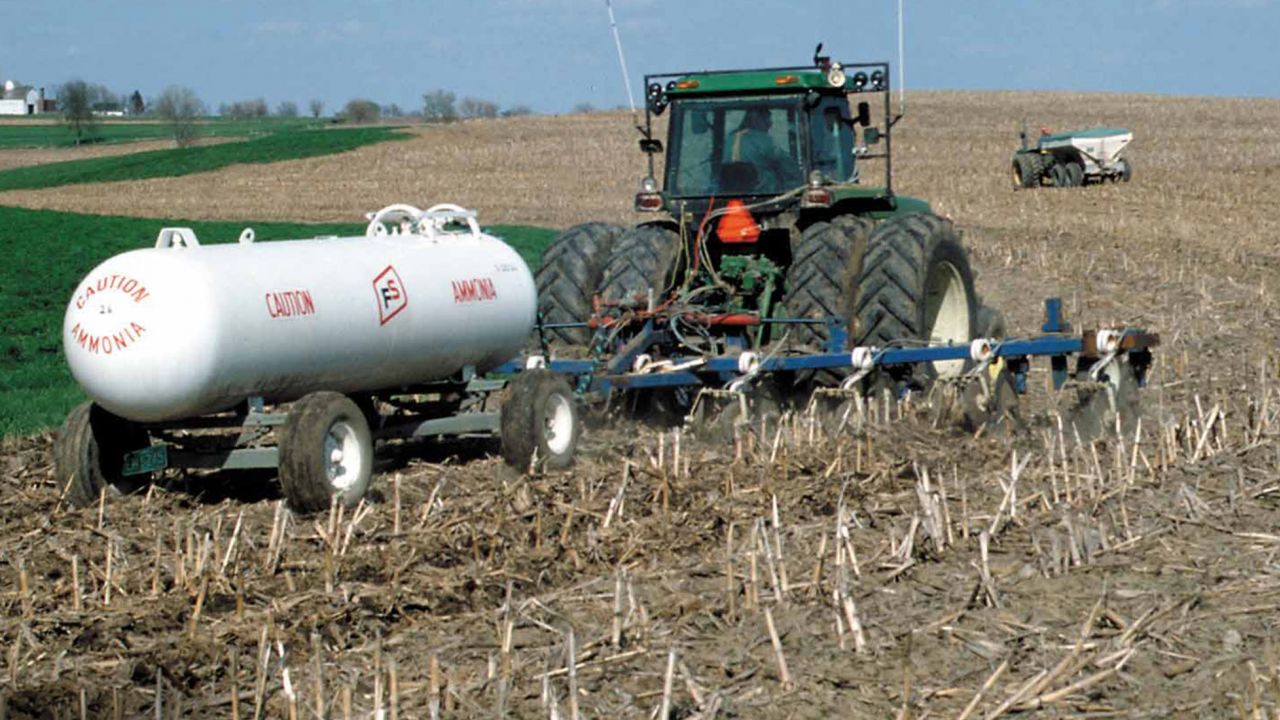 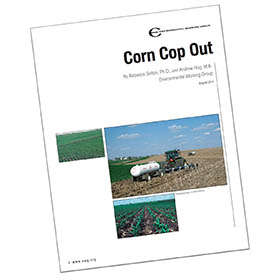 When it comes to the massive amounts of nitrogen floating down the Mississippi River, lobbyists for the National Corn Growers Association and the American Farm Bureau Federation love to point fingers at everyone else – rather than look in the mirror.

For decades, this nitrogen pollution has created a huge Dead Zone in the Gulf of Mexico every summer. In the latest study of nitrate pollution of the Mississippi River, the US Geological Survey reported this week (Aug. 9) that nitrogen loading to the Gulf has risen 10 percent compared to 30 years ago (Sprague 2011). The increase is largely due to a dramatic 76 percent increase from the Mississippi above Clinton, Iowa, and a 75 percent increase from the Missouri River – areas draining the Corn Belt.

Of the seven other sites the Geological Survey studied, six reported either steady levels of nitrogen loading or a 10-20 percent increase. None showed improvement.

Evidence like this makes little impression on the Corn Growers, however. Trying to counter the growing evidence that agricultural fertilizer use is the mainculprit for nitrogen loading, they recently commissioned their own study in a bid to absolve themselves from responsibility for helping to heal our polluted rivers, lakes and streams – and shrink the Dead Zone. But the study is deeply flawed. It ignores a substantial portion of the nitrogen inputs to corn production and relies heavily on a key piece of outdated information. Their claim is that corn production cannot possibly be contributing to the nitrogen pollution in public waters and the Gulf because their corn plants use up more fertilizer than farmers are applying to their fields. Using "N" as the abbreviation for nitrogen, the Corn Growers' report concludes:

"Therefore, under present day cultural practices, the net balance for N applied and N removed in corn is such that there is no excess N available due to fertilizer use. The conclusion then is that any change in N entering the Gulf via the [Mississippi-Atchafalaya River Basin], over time, is probably not related to the use of fertilizer N for corn." (p. 23, NCGA 2009)

We hear this message more and more from the agricultural community. Just last June, Don Parrish, senior director of regulatory relations for the Farm Bureau, told the New York Times, "We are on the razor's edge. When you get to the point where you are taking more from the soil than you are putting in, then you have to worry about productivity" (Kaufman 2011).

Any corn farmer can spot the gaping holes in the logic of the Corn Growers' study, which used a decades-old estimate of corn's protein content to come up with an inflated estimate of corn nitrogen, and ignored the nitrogen added to soil via soy rotation and manure. This skewed view of the corn industry's impact is also contradicted by numerous studies by universities and government agencies that have repeatedly documented agriculture's contribution to Dead Zonepollution (Turner 2003, Alexander 2008, EPA 2008).