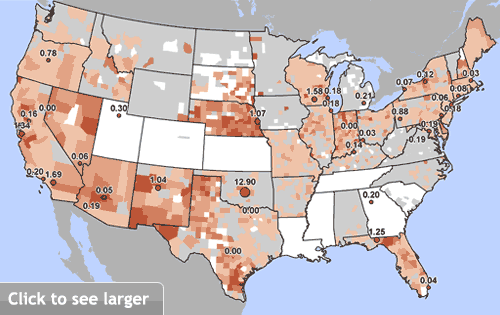 Hexavalent chromium (or chromium-6) gets into water supplies after being discharged from steel and pulp mills as well as metal-plating and leather-tanning facilities. It can also pollute water through erosion of soil and rock.

In California, the only state that requires water utilities to test for hexavalent chromium, the state’s Environmental Protection Agency (California EPA) has proposed a “public health goal,” or maximum safe concentration, of 0.06 parts per billion (ppb) in tap water to protect against excess cancer risk. However, the state’s current testing protocols are significantly less sensitive than those of the independent laboratory hired by EWG and may identify only the most extreme cases of contamination. Chromium-6 levels in tap water in all four California cities tested by EWG exceeded the proposed public health goal. (Once the goal is established, state regulators plan to embark on a rule-making process to set a legally enforceable upper limit.)

Chromium-6 is a common pollutant in California tap water 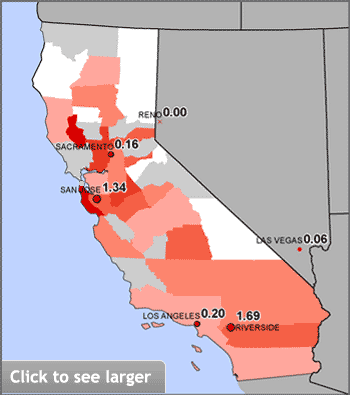 Nationally, samples from 25 cities tested by EWG had levels of hexavalent chromium higher than the safe limit proposed in California. 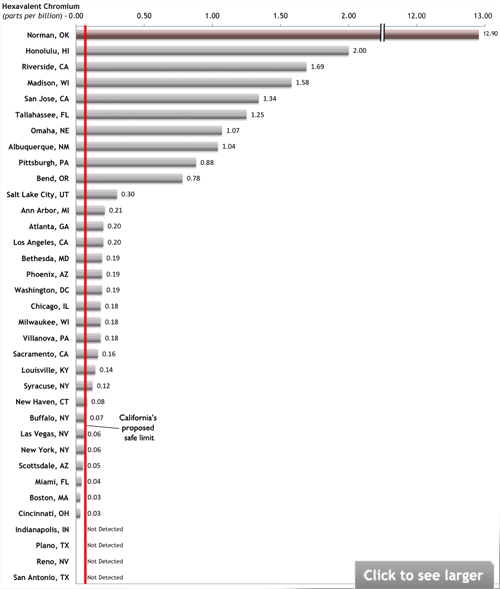 EWG’s analysis of California’s tap water testing data indicates that chromium-6 constitutes more than half of the total chromium found in most water supplies, a finding further supported by initial data from EWG’s nationwide survey. A proprietary 2004 study by the Water Research Foundation for its paying members, including water utilities, found that hexavalent chromium contamination of tap water was more common for systems using groundwater wells than for those drawing surface water (AWWARF 2004). The EPA’s 100 ppb legal limit for total chromium is more than 1,600 times higher than the California’s proposed public health goal for hexavalent chromium. This could mean that communities with higher concentrations of total chromium face a cancer risk well above the levels typically considered safe. 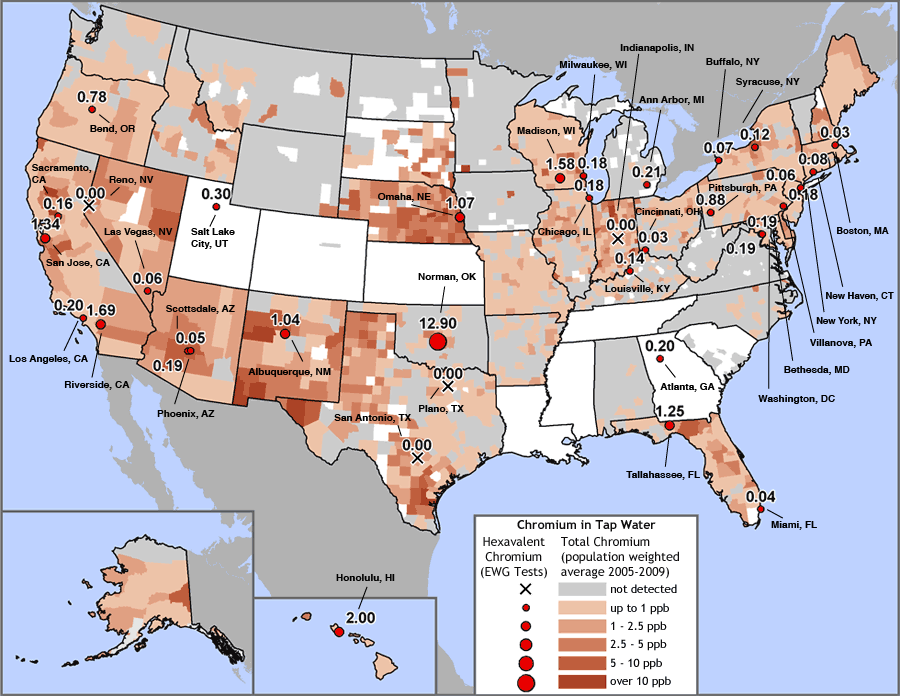 Chromium-6 is a common pollutant in California tap water 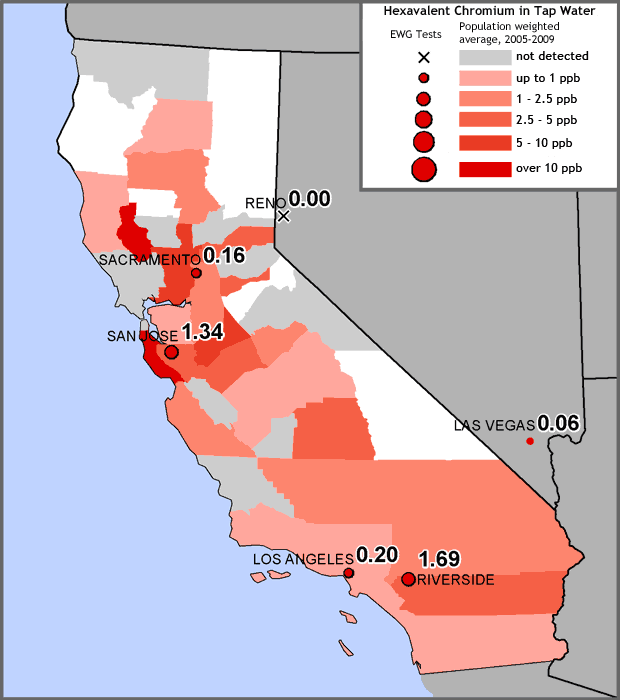 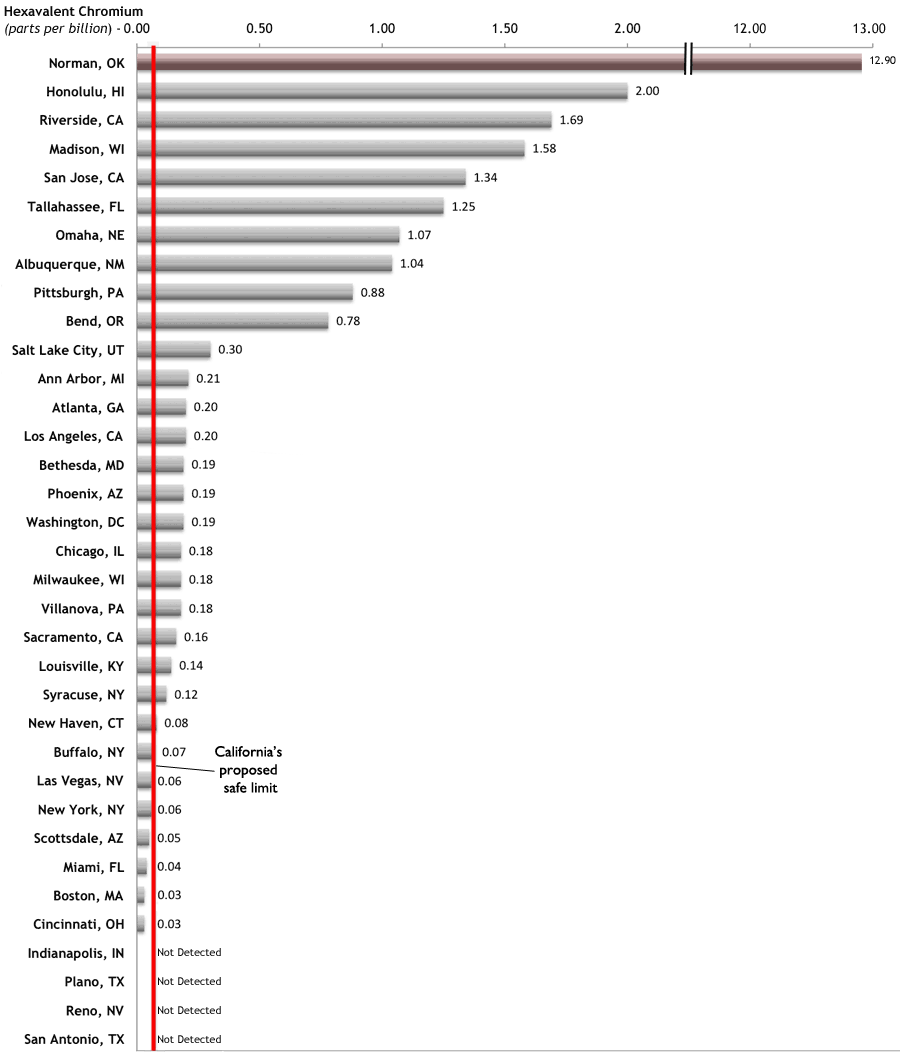