The Road to Low-Carbon Fuels 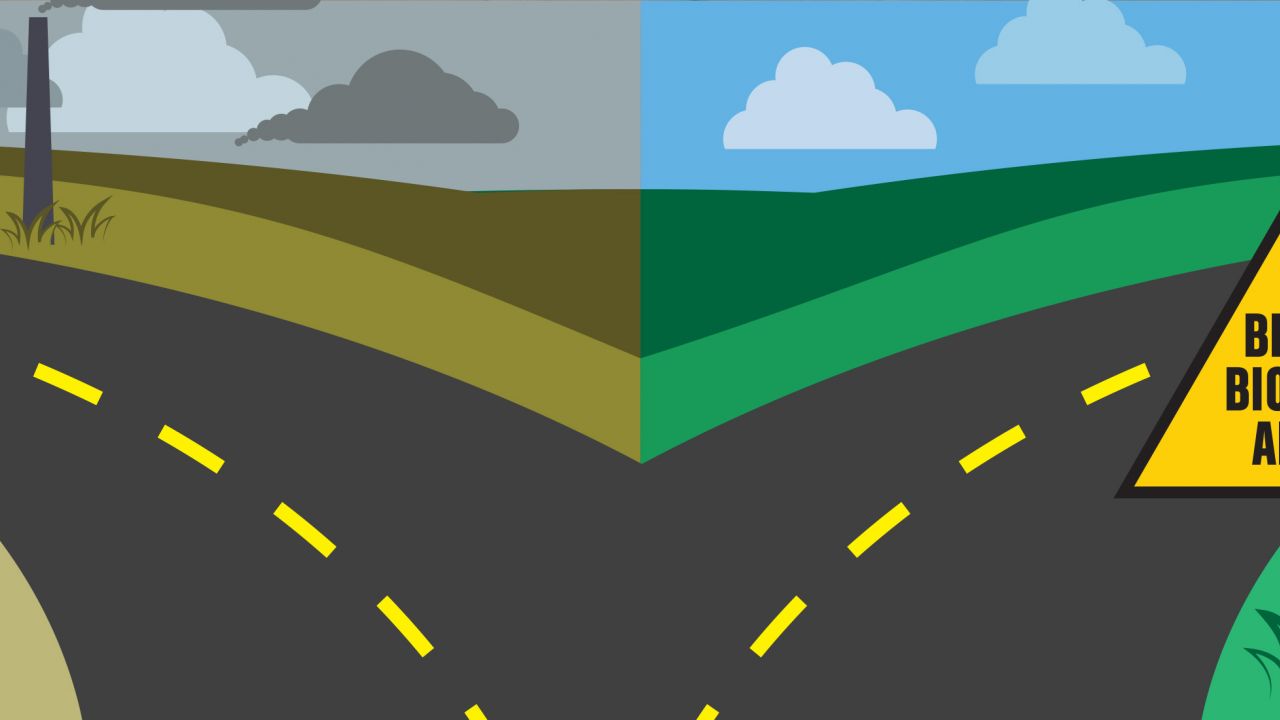 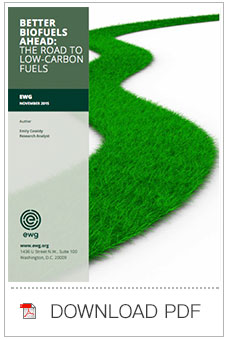 Biofuels produced from switchgrass and post-harvest corn waste could significantly reduce the emissions that contribute to climate change, according to an analysis by EWG and University of California biofuels experts.

By contrast, studies have found that the life cycle carbon intensity of corn ethanol is greater than that of gasoline (Mullins et al. 2010, EPA, 2010a). Yet current federal policies strongly favor the production of conventional biofuels such as corn ethanol at the expense of lower-carbon alternatives.

Congress should reform the federal Renewable Fuel Standard to eliminate the mandate to add corn ethanol to gasoline and should further reform the standard to accelerate development of biofuels from lower-carbon feedstocks. At the same time, Congress should adopt new protections to ensure that fuels from grasses and crop waste also meet soil and water quality goals.

If Congress fails to act, EPA should employ the “reset” provisions of the Renewable Fuel Standard to gradually reduce the mandate for corn ethanol and encourage development of lower-carbon second-generation fuels.

In 2007 Congress expanded the Renewable Fuel Standard, or RFS, to require that biofuels be blended into the fuel supply and that the volume increase every year until 2022. By 2022 refiners must blend 36 billion gallons of biofuel into gasoline each year, including 16 billion gallons of cellulosic ethanol. The standard created three categories of biofuels:

Conversion of grasslands and wetlands to produce corn for ethanol releases carbon stored in the soil into the atmosphere. Growing corn also requires a lot of fertilizer, some of which runs off into local waterways, making drinking water more expensive to treat and threatening aquatic life (Donner & Kucharik, 2008). Fertilizer use also results in emissions of nitrous oxide, a powerful greenhouse gas.

The Environmental Protection Agency found that corn ethanol production mandated by the Renewable Fuel Standard would increase greenhouse gas emissions until 2036 (EPA, 2010b) – even though EPA assumed the RFS would not stimulate domestic land conversion to grow more corn and soy.[3] The RFS stipulates that in order to qualify as a renewable feedstock, a crop cannot be grown on recently converted land. But, a University of Wisconsin study found that between 2008 and 2012 about 7 million acres of land were plowed up to grow more crops, and the RFS was a key driver of this conversion (Lark et al. 2015).

This means that to date the mandate for corn ethanol has contributed to more climate-warming emissions than if there were no requirement and will do so for at least another 20 years. Given EPA’s estimate that corn ethanol is 30 percent more carbon-intensive than gasoline (EPA, 2010a), EWG estimated that the 14 billion gallons of corn ethanol produced in 2014 resulted in 27 million more tons of carbon than if we had used gasoline (Cassidy, 2015).

In order to calculate the life-cycle carbon intensity of these fuels, EWG included previously published emissions associated with on farm energy use, transportation, and ethanol production. EWG also factored in the emissions savings from electricity produced from unused portions of the feedstock (Wang et al. 2012).[5] These emissions were added to the GCAM results to estimate the life-cycle carbon intensity of these fuels in comparison to that of regular gasoline as formulated in 2014. The EPA’s 2010 analysis of life-cycle carbon intensity used a baseline of gasoline as formulated in 2005. But the California Air Resources Board estimates that between 2005 and 2014, the carbon intensity of gasoline increased by roughly five percent – from 93.1 grams of carbon dioxide equivalent per megajoule of energy produced, or CO2e/MJ, to 97.5 grams – because of increased use of high-carbon oil extracted from tar sands (CARB, 2014). Source: Carbon intensity of gasoline from CARB 2014.  Corn ethanol from EPA 2010a and switchgrass and corn stover ethanol from EWG analysis.

In particular, our analysis suggests that emissions from domestic land use change associated with switchgrass ethanol could be much greater than estimated by the EPA. Our analysis found that growing more switchgrass results in lots of carbon released into the atmosphere from land conversion (Figure 3). However, using stover as feedstock rather than leaving it in the field does present other environmental risks. Corn stover acts as a barrier to rain and wind; removing too much stover exposes soil to the elements, increasing erosion. For this reason several studies caution not to remove more than a third of the stover from soil  (Andrews, 2006, Kenney et al. 2013; Wilhelm et al. 2007).

Any estimate of the carbon intensity of biofuels comes with uncertainty. The yields of switchgrass affects how much land is needed to grow the feedstock, and using more land increases the fuel’s carbon intensity. In addition, assumptions must be made about whether using land for ethanol feedstocks will displace land for food production.

We used the Global Change Assessment Model to estimate the sensitivity of the carbon intensity of both corn stover and switchgrass ethanol to a range of chosen variables. (For a detailed explanation of modeling parameters and sensitivity analysis, see Plevin’s full report at ewg.org/plevinreport)

If Congress fails to act, the EPA should use its existing authority to reduce the amount of corn ethanol that will be blended into gasoline in 2016, and should use the “reset” provisions of the Renewable Fuel Standard to gradually eliminate the mandate for corn ethanol and spur the development of second-generation biofuels.

[1] A fuel’s life-cycle carbon intensity refers to the greenhouse gas emissions per unit of energy in the fuel, counting emissions from all processes from raw materials extraction to fuel production and use, as well as global changes to land use and agricultural emissions induced by increased biofuel production.

[2] 14.8 billion gallons of corn ethanol were exempted from meeting an emissions reduction target when the EPA grandfathered existing ethanol plants and those undergoing construction. This is explained on page 147 of EPA’s Regulatory Impact Analysis (2010b).

[3] EPA discusses corn ethanol’s “payback period” on page 483 of the Regulatory Impact Analysis (2010b). Because of the large increase in carbon emissions from land use conversion, EPA estimated the use of corn ethanol won’t “pay back” those emissions until 2036. An analogy is that solar panels cost a lot up front, but pay back some of the cost every month you use them.

[6] Stover provides valuable soil nutrients such as carbon, nitrogen, phosphorous, and potassium. To replace these nutrients, more synthetic fertilizers would have to be produced, which requires energy. A previous study estimates that for every metric ton of stover, replacing the nutrients removed from soil will require 8.5 kilograms of Nitrogen fertilizers, 2.2 kilograms of phosphorous fertilizers, and 13.3 kilograms of potassium fertilizers (Wang et al. 2012). We accounted for the energy required to replace these nutrients, which added six grams of CO2e of emissions to our estimate of corn stover ethanol’s carbon intensity (Wang et al. 2012).

Cassidy, E.S. (2015, May 29) How corn ethanol is worse for climate change than the Keystone pipeline. Environmental Working Group’s AgMag https://www.ewg.org/agmag/2015/05/how-corn-ethanol-worse-climate-change-keystone-pipeline

Wang, M. et al. (2012) Well-to-wheels energy use and greenhouse gas emissions of ethanol from corn, sugarcane and cellulosic biomass for US use. Environmental Research Letters 7.4: 045905.