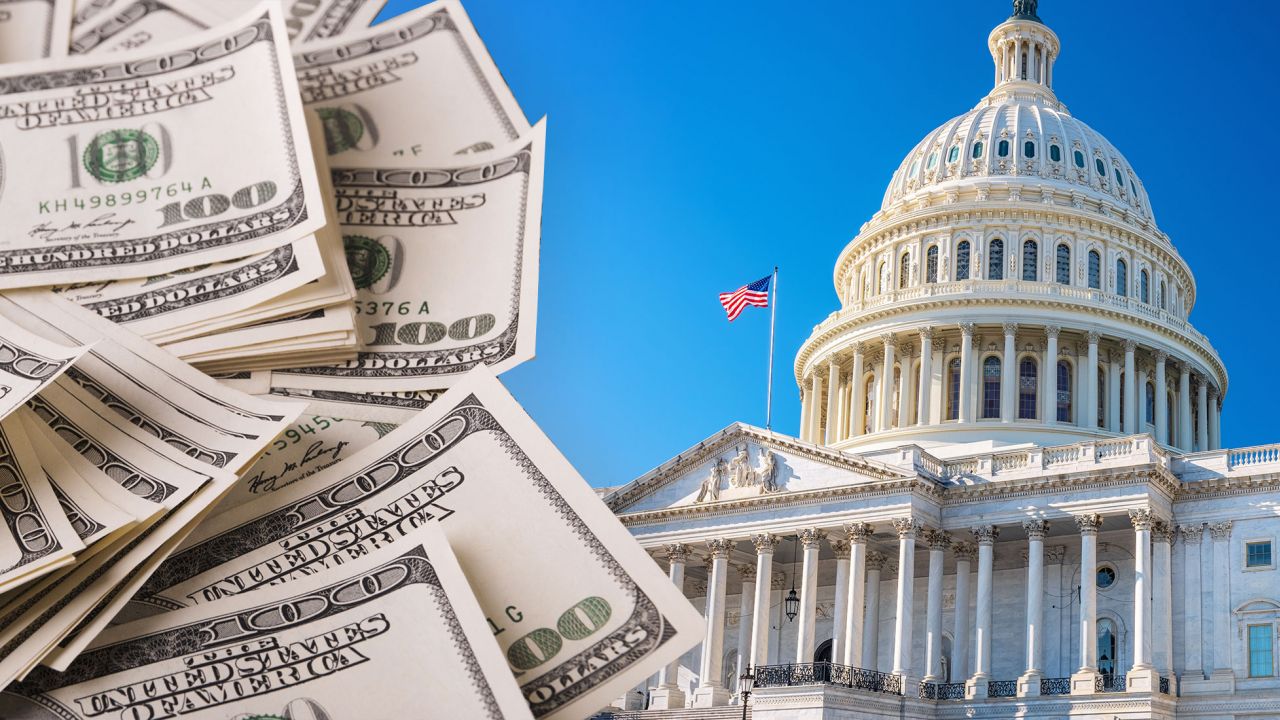 Click here to see the updated report which includes lobbying expenditures thru 2014.

Companies and organizations opposed to labeling foods that contain genetically engineered ingredients disclosed $9 million in lobbying expenditures that made reference to GE labeling in the first quarter of 2014 – nearly as much as they spent in all of 2013.

The burst of lobbying by food and biotechnology companies was partly designed to muster Congressional support for legislation that would block states from requiring GE labeling on food packages. That bill, dubbed the Deny Americans the Right to Know (DARK) Act by advocates of GE labeling, was introduced on April 9 by Rep. Mike Pompeo (R-Kan.).

Food and biotechnology companies and organizations disclosed $9.3 million in lobbying expenditures in 2013 that made reference to GE labeling and $9 million in the first quarter of 2014 alone. The forms cite lobbying on GE labeling as well as other policy issues. 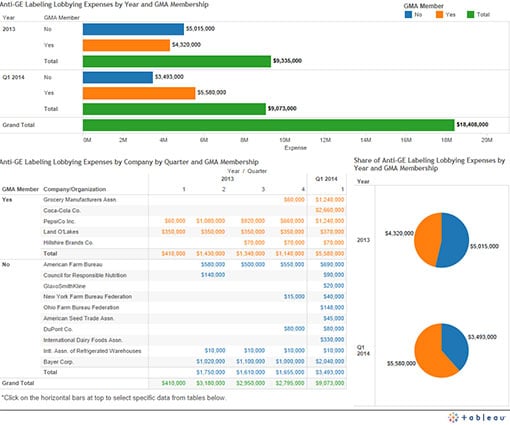 Food industry lobbying in Congress dwarfed that of supporters of GE labeling, who disclosed $1.6 million in lobbying expenditures that made reference to GE labeling in 2013 and just over $400,000 in the first quarter of this year – just one-eighth as much as the opponents. Advocates of GE labeling are supporting legislation introduced by Rep. Peter DeFazio (D-Ore.) and Sen. Barbara Boxer (D-Calif.) that would require GE labeling nationwide.

Several companies that produce genetically engineered seeds and herbicides – including Monsanto, Syngenta and Dow AgroSciences – did not report lobbying specifically on either piece of legislation on their 2013 disclosure forms or in the first quarter of 2014. Instead, their reports cited general advocacy on “biotechnology and biotech product issues,” “biotech innovation and regulation” and “biotechnology acceptance.” This language could easily include GE labeling, but that wouldn’t be obvious to the general public.

Lobbying expenditures for the second quarter of 2014 were due Monday (July 21), and the new data will be available by the end of July. 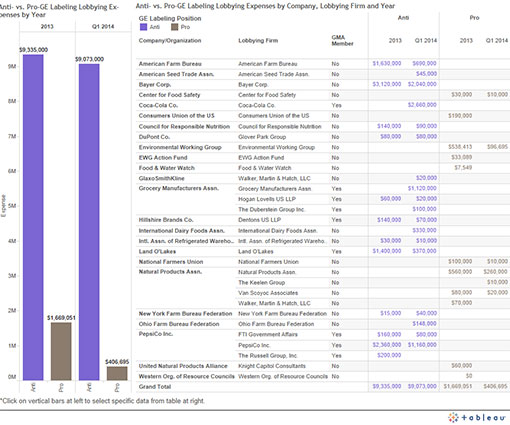 Food and biotechnology companies’ political action committees also reported giving $221,345 in campaign contributions to Pompeo and 22 of the 26 members of Congress who co-sponsored the DARK Act (as of July 9). Eight of them, including Pompeo, serve on the House Energy and Commerce Committee, which has jurisdiction over GE labeling.

Pompeo was the second-largest recipient of these campaign contributions, and Monsanto’s own PAC was the most generous PAC contributor. 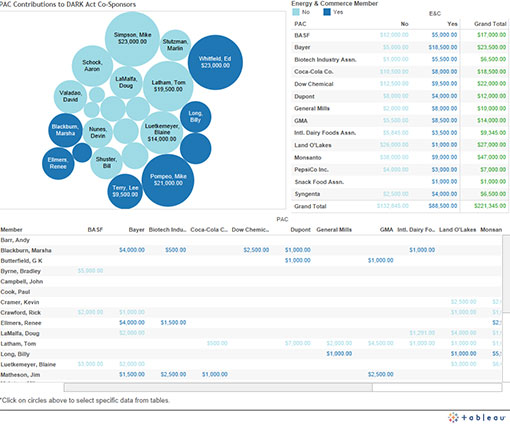 In addition to disclosing $18.4 million in lobbying expenditures that made reference to GE labeling in 2013 and the first quarter of 2014, GE labeling opponents spent $67.9 million to defeat ballot initiatives in California and Washington. EWG did not tally funds expended to lobby state legislatures. 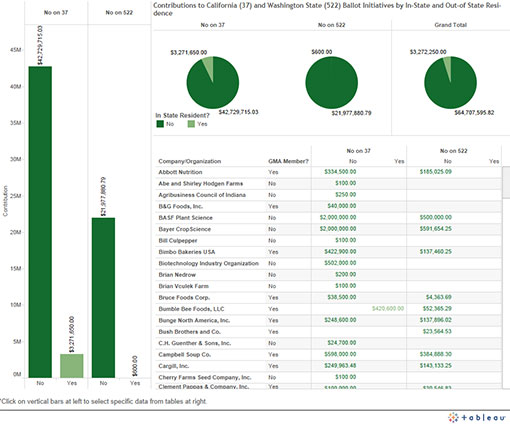 The DARK Act would block any state from requiring GE labels on packaged foods. In addition, it would also allow foods containing genetically engineered ingredients to be labeled as “natural” and limit the Food and Drug Administration’s ability to mandate GE labeling nationally.