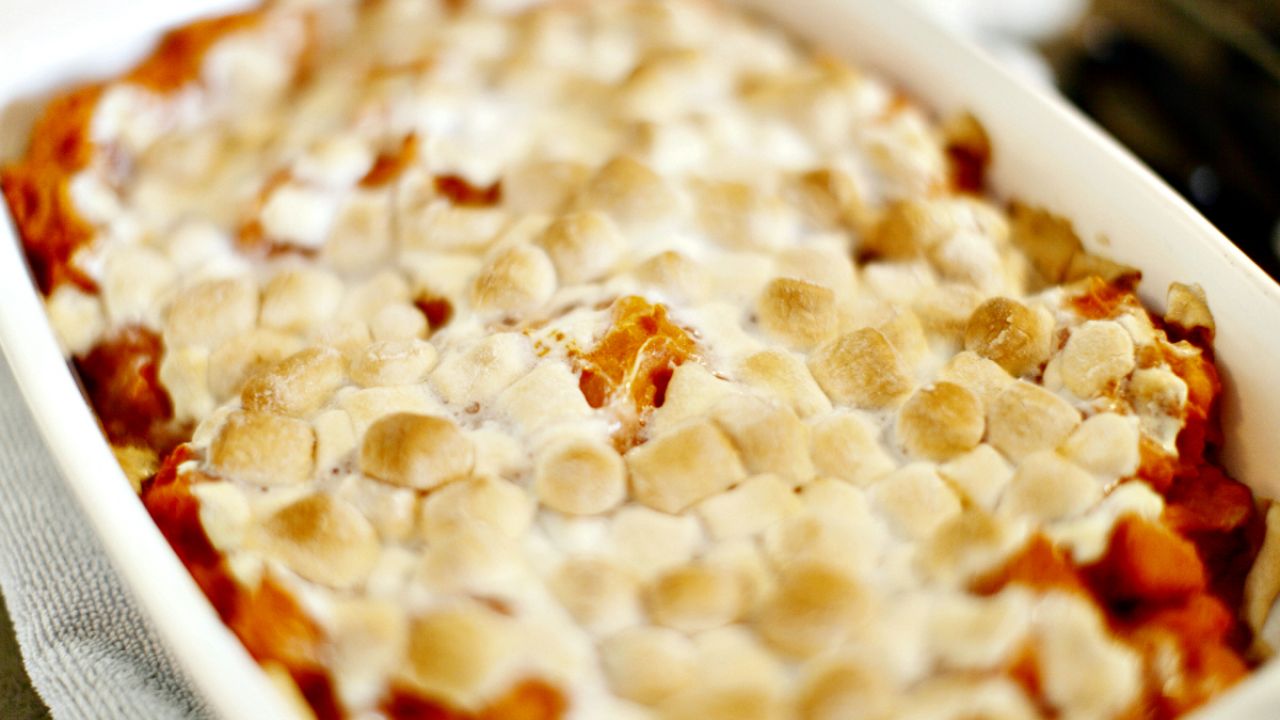 The sweetest dish at your Thanksgiving dinner may not be the pie.

This candied dish is a time-honored but controversial Thanksgiving tradition: beloved by some family members, revolting to others and not exactly healthy.

Sweet potatoes themselves are nutritional powerhouses, packed with vitamin A, vitamin C and manganese; low in fat and sodium, and high in dietary fiber. They’re on EWG’s Clean Fifteen list of fruits and vegetables that government tests show usually have the least pesticide residues.

But pile on the marshmallows and the good news stops there. These sweet treats are loaded with sugar. In fact, they’re made from little more than sugar, water and gelatin, whipped into an attractive little shape.

Kraft, one of the leading marshmallow brands in the U.S., makes its marshmallows with about 4 teaspoons of sugar per serving, according to EWG’s Food Scores database. Kraft marshmallows are more than half sugar by weight. They also contain artificial dye.

Despite the empty calories, people buy marshmallows year-round for campfire s’mores or fluffed into ice cream sundae topping. Americans bought more than $143 million worth of marshmallows from supermarkets this year, more than last year.

People have been eating marshmallows since the ancient Egyptians discovered how to extract the sweet sap of Althaea officinalis, the marshmallow plant. But the history of these strange Thanksgiving bedfellows dates back to 1917, when the makers of Angelus Marshmallows commissioned Janet McKenzie Hill, founder of the Boston Cooking School Magazine, to write a booklet of recipes to introduce home cooks to these small confections. Inside this booklet was the original recipe for sweet potato casserole with marshmallow topping.

More than a century later, we’re still scooping this calorie bomb onto Thanksgiving dinner plates – and pretending we like it. It’s time to buck tradition.

This year, bring delicious and nutritious sweet potatoes to your table without the sticky sugar. Roast your tubers to bring out their natural sweetness, mash or whip them until creamy, add them to a salad or puree them into a soup. Sweet potatoes share qualities with white potatoes, parsnips and turnips, and pair well with them. Recipes abound, so explore and experiment. You might discover a new Thanksgiving tradition – and tasty, healthy dishes to enjoy any time.