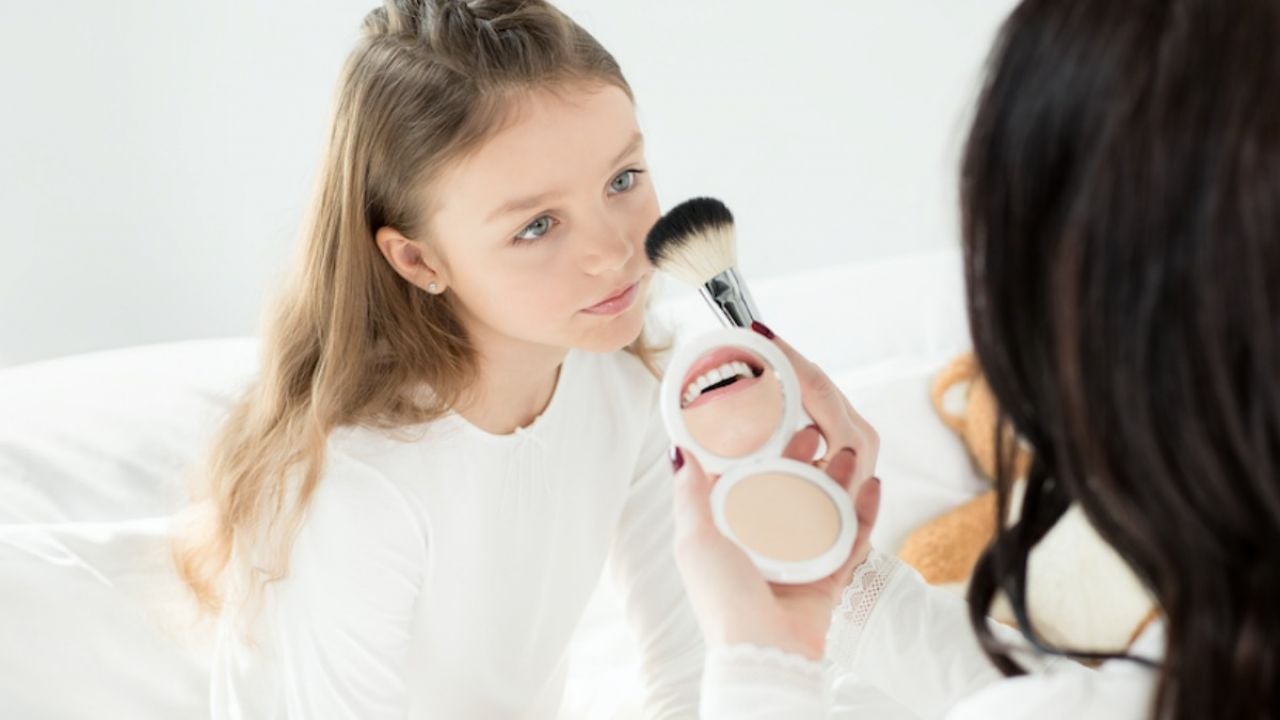 An investigation by a Raleigh, N.C., TV station found asbestos – a deadly carcinogen for which there is no safe level of exposure – in a popular line of cosmetics marketed to young girls and tweens.

WTVD purchased eight Just Shine makeup products from Justice, a national chain of 900 clothing stores, and sent the samples to the Scientific Analytical Institute in Greensboro, N.C., for testing. The lab found traces of asbestos in one of the products, Just Shine Shimmer Powder.

“In this powder designed for children, they could die an untimely death in their thirties or forties because of the exposure to asbestos in this product,” Sean Fitzgerald, the head of the lab, told WTVD. After the report aired, Justice stopped selling Just Shine Shimmer Powder in its stores and on its website.

Fitzgerald is a nationally recognized expert who has conducted tests for asbestos in numerous consumer products, including tests on kids’ crayons and fingerprint kits that he directed in 2015 for EWG’s sister organization, EWG Action Fund.

As in his previous investigation, Fitzgerald said the presence of asbestos was likely from contaminated talc used in the children’s makeup. Talc mines may also contain asbestos deposits, and traces of asbestos may contaminate the talc even after the raw mineral is processed for use in consumer products.

Health experts and government agencies agree that there is no safe level of exposure to asbestos. According to the Occupational Safety and Health Administration, or OSHA: “There is no ‘safe’ level of asbestos exposure for any type of asbestos fiber. Asbestos exposures as short in duration as a few days have caused mesothelioma in humans.”

If even the smallest asbestos fiber is inhaled by a child, it can become lodged in their lungs and, over decades, develop into mesothelioma – a deadly, incurable disease whose only known cause is asbestos exposure.

Most Americans think asbestos was banned long ago, but despite a steep decline in use, it remains legal. Asbestos-triggered diseases still kill an estimated 15,000 Americans a year. What’s it doing in kids’ makeup?

Federal regulation of the $60 billion-a-year personal care products industry is woefully scant. The Food, Drug, and Cosmetics Act, administered by the Food and Drug Administration, was supposed to guarantee the safety of cosmetics, but does not give the FDA the authority to take tougher action to ensure that all products are safe.

Bipartisan legislation by Sens. Dianne Feinstein, D-Calif., and Susan Collins, R-Maine, could go a long way in fixing this problem. The Personal Care Products Safety Act would require that companies ensure their products are safe before putting them on the market and give the FDA the tools it needs to protect the public.

The Senate could take up this important public health legislation any day. For the sake of children and all other Americans, it is crucial that the bill passes and is signed into law.

When asbestos is found in products children put on their bodies, enough is enough.