When Are Antibiotic-Resistant Microbes "Superbugs?" 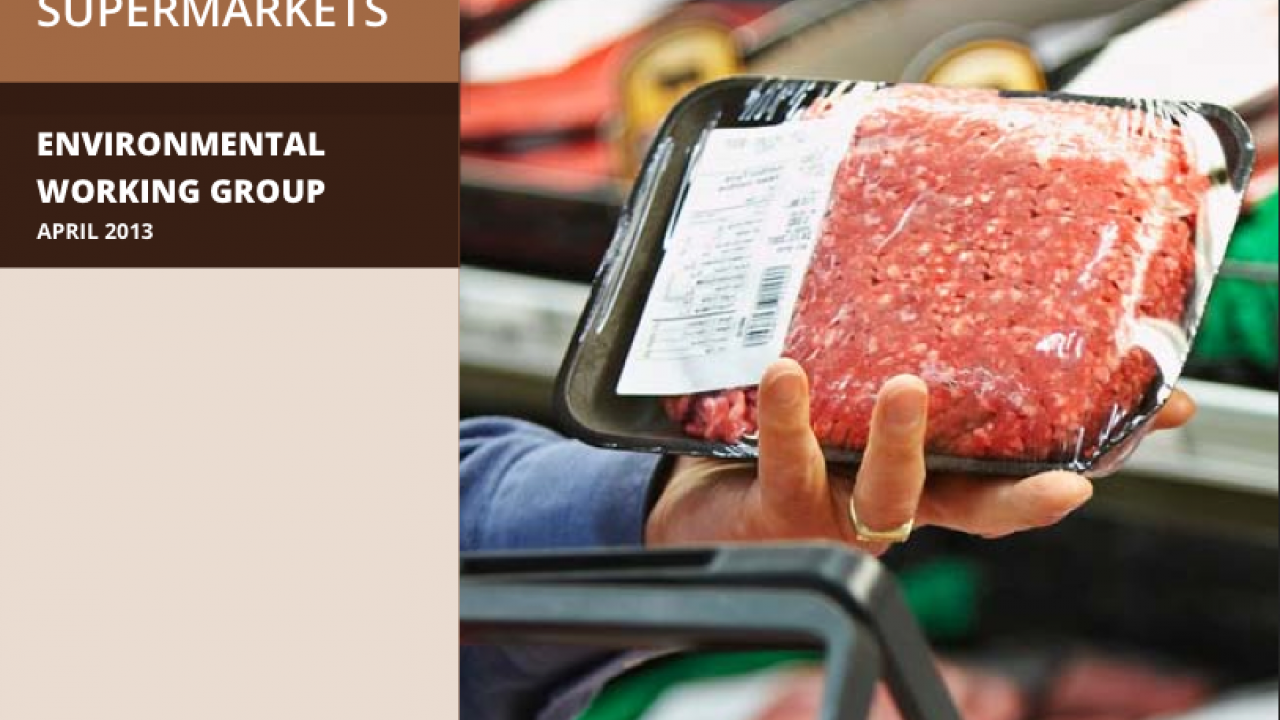 This government report is unfamiliar to most readers because it consists of large amounts of raw data and undecipherable jargon. EWG crunched the numbers to make these data accessible to busy readers who don’t have time to parse a dense 82-page, highly technical government tome.  We want to show you what you deserve to know  -- that the increasing presence of antibiotic-resistant microbes on meat is a serious problem for public health.

Our report struck at nerve at FDA.  The agency issued a statement calling it “misleading” and “alarmist.”  You can read our full response here.  Essentially, the FDA argued that antibiotic resistance to only one drug is not that big of a deal because there are still some other antibiotics that could treat bacterial infections – for now.

The FDA glossed over the reality that scientists know well: antibiotic-resistance traits can spread like wildfire as genes pass freely from one microbe to another. Microbes that have adapted to defeat antibiotics designed to kill them can share this ability -- and create more superbugs.

The agency took issue with our chart depicting what researchers from the interagency body had rigorously documented: the widespread presence on meat samples of an antibiotic-resistant strain of a germ called Enterococcus faecalis, normally found in human and animal intestines.  Scientists gauge meat contamination by looking for this Enterococcus organism.  Its presence means: 1) the meat likely came into contact with fecal matter, and 2) there’s a high likelihood that other antibiotic-resistant bacteria are on the meat.  Fully 87 percent of the meat tested by the government researchers tested positive for these indicator bacteria – in both normal and antibiotic-resistant forms.

The short and long of it is, American meat is dirty.  And the FDA doesn’t really want you to know that.

Our report highlighted more government data that make FDA queasy.  Among the findings: poultry showed significant percentages of antibiotic-resistant salmonella and Campylobacter.  Together these germs are responsible for nearly 3.6 million cases of food poisoning a year.  Federal scientists regularly examine poultry and find salmonella resistant to six or more antimicrobial classes.   The percentage of antibiotic-resistant salmonella in chicken is at a nine-year high.  Also on chicken, the percentage of Campylobacter resistant to two or more antibiotic classes is also at a nine-year high.

The FDA’s response stressed that for at least one antibiotic drug, resistance to Campylobacter has not increased since 2005.  The agency seems to be trying to say, whatever you do, don’t be alarmed.  But people are alarmed, and rightly so.  If the effectiveness of existing antibiotics is corroded to the point that they don’t work when people need them to fight infections, routine illnesses will suddenly spiral into medical crises.

The FDA’s what-me-worry? attitude strikes us as strange but not surprising.  Instead of acting as a watchdog to protect all Americans, the FDA has become a lapdog for industry.  Back in 1977, when it was mulling regulations to curb antibiotic use on factory farms and industry said they would be hard to implement,the FDA blinked.  It came up with a “voluntary” program.

And who could forget the agency’s paternalistic approach to mercury in fish?  EWG discovered in 2001 that the FDA thought that pregnant women couldn’t handle the truth about their food. These federal regulators decided that women would stop eating fish altogether if the government gave them straight, uncensored numbers on mercury contamination in certain types of fish.  They reached this absurd conclusion even though the FDA’s own focus group participants clearly said they wanted full information so they could make the best choices for their families.

And then there are sunscreens.  It took FDA a mere 34 years to finalize sunscreen regulations that forbid patently false marketing claims like “waterproof,” “sweatproof” and “sunblock.” For decades, the agency was constantly spooked by industry arguments that if anyone told consumers that sunscreens would wash off in the water -- which they do, as everybody who has ever been swimming or to the beach knows very well -- then we would all forgo sunscreen and burn to a crisp.

Talking down to people has become a way of doing business at FDA.

We believe that when a bacterium is resistant to one or more antibiotics, that’s superbug enough.  Rather that quibbling over definitions of a slang term like “superbug,” FDA needs to act now to protect us from antibiotic abuse on factory farms.  Nearly 80 percent of the American antibiotics market goes for use in livestock, often for healthy animals.  A voluntary program that urges industry to stop this practice won’t work fast enough to safeguard critical antibiotics.

We need bold, decisive government action to ensure that critically important antibiotic medicines work for us, and our children and grandchildren. And we need an agency that is constantly working to protect us instead of wasting a lot of time and money telling us there isn’t a problem.  Americans want more information about their food, not less. We can handle the truth.