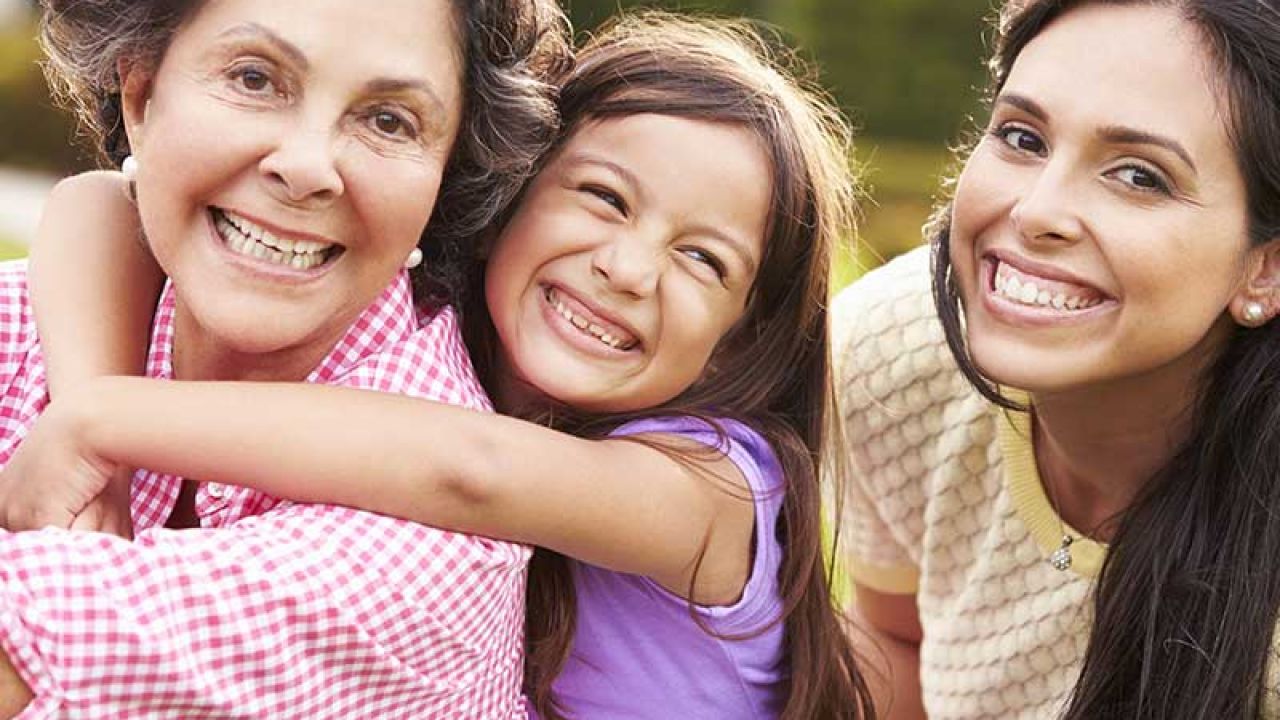 Throughout October, EWG and our partners, Breastcancer.org and Breasthealth.org, have highlighted choices we can make in our daily lives – from choosing nontoxic cleaners and personal care products, to eating well and staying fit – that can have lasting impacts on our health. We close out breast cancer awareness month with insights from one of the leading scientists in the field of breast cancer research, Ruthann Rudel.

This interview has been lightly edited.

RUDEL: Endocrine disrupting chemicals are chemicals that mimic or interfere with the body’s natural system of hormones. These synthetic chemicals are widespread in consumer products. They’re found in personal care items, furniture, food packaging, building materials – things that we’re exposed to on a daily basis. In fact, our research was the first to show that consumer products are a major source of exposure to EDCs. Companies used to assert that the chemicals in their products would stay in their products. But we now know that isn’t true. Hormone disrupting chemicals can migrate out of products, accumulate in indoor air and dust, and enter our bodies.

The reason why EDCs are of such concern for breast cancer is because hormones have been shown to affect breast cancer risk. Based on what we know about how breast cancer develops, chemicals that behave like hormones can increase susceptibility to the disease in two ways: They can feed a breast tumor that’s already present or they can change the composition of the breast, leaving it more vulnerable to carcinogens.

We see evidence of this in human studies. In the Women’s Health Initiative, women taking combination hormone replacement therapy (HRT) were found to have an increased risk of developing breast cancer. We also know that women who were exposed in the womb to DES (diethylstilbestrol), a synthetic estrogen given to pregnant women starting in the 1940s to reduce the risk of complications, are also more likely to develop breast cancer later in life.

EWG: A Silent Spring Institute study tested a wide range of personal care, cleaning and household products, and found 55 different EDCSs, including many that were not listed on the product labels. Did this surprise you? What can people do to avoid these chemicals?

RUDEL: There are companies clearly making an effort to use only safe ingredients. Yet, despite these efforts, we were surprised to find harmful chemicals in a number of products marketed as safer alternatives, including healthy sunscreens. We also detected a new kind of phthalate in some of the products we tested. Phthalates are hormone disrupting chemicals found in plastics and in personal care products. At the time of our study, there were three phthalates on the market that had raised health concerns. In an effort to avoid these chemicals, companies began replacing them in their products with a different phthalate that was equally concerning. And we were seeing the first evidence of this in the alternative products market. For us, this drove home the idea that we need to take a more holistic approach to regulating chemicals, one that considers classes of chemicals as opposed to one chemical at a time.

The good news is that there are things people can do to reduce their exposures. We recently developed a mobile app called Detox Me that offers advice centered on people’s behaviors rather than specific products. For instance, avoiding certain types of products, making sure your home or workplace has good ventilation, keep indoor dust levels low with a wet mop and a strong vacuum with a HEPA filter, replace your vinyl shower curtain – a source of phthalates – with one made of quick-drying cloth like nylon. These are things that are relatively easy to do and can make a big difference.

EWG: Silent Spring Institute conducted a study that identified 216 chemicals that cause mammary gland tumors in animals. Why was this study significant?

RUDEL: Prior to our study, the majority of what was known about the link between chemicals and cancer came from occupational studies in which workers were exposed to high levels of carcinogens. However, these studies were mostly conducted in men and didn’t address breast cancer. That’s why we decided to take a close look at the animal studies. Not only did we identify more than 200 chemicals that cause mammary gland tumors, we later discovered that half of these chemicals are ones that women are commonly exposed to in their everyday lives.

Animal studies can tell us a great deal about the different effects chemicals can have on breast cancer. They help us prioritize which chemicals to focus on – the bad actors, if you will. We also know that in instances where chemicals have been tested in both animals and humans, there’s good agreement between the two. That gives us confidence that we can use the animal data to guide our research and change public policy. What’s more, this approach – starting with a disease and looking upstream to see which chemicals might contribute to it – can be extended to other health outcomes, for example diabetes or effects on kids’ brain development.

Now researchers are trying to answer more complex questions, such as how exposure to EDCs early in life can affect susceptibility to breast cancer in adulthood. We’re currently involved in a multi-institutional project looking at whether exposure to three different EDCs during adolescence leads to changes in the breast that could predispose young girls to breast cancer later in life. We’re following a cohort of 500 Latina girls in Chile – we’re tracking their chemical exposures as well as changes in their breast composition over time. Working in parallel, a team of collaborators is conducting animal experiments to better understand the biological effects of these chemicals in adolescent rats. That project is being funded by the Breast Cancer and the Environment Research Program (BCERP) – a National Institutes of Health program focused on breast cancer prevention and environmental health.

EWG: What are some of the most concerning chemicals found indoors you’ve come across in the course of your breast cancer research, and what can people to do avoid them?

RUDEL: I would say flame retardants – found in things like furniture, electronics and building materials – are some of the most toxic chemicals. We consistently find them in almost every place we collect dust samples from. Some of them are carcinogenic and can be present at fairly high concentrations. Back in 2008, we did a study which showed that Californians have twice the national average of flame retardants in their blood due to the state’s unique flammability standards for furniture. Eventually, the state changed its standard, allowing manufacturers to make furniture free of flame retardants without compromising fire safety. As a result, consumers nationwide can now buy flame-retardant-free furniture.

Unfortunately, there are still many products out there that have flame retardants in them. Keeping dust levels low in your home and washing your hands frequently can help reduce exposures. But also, consumers need to keep advocating for the removal of these chemicals from products. Whether it’s supporting legislation restricting their use or putting pressure on the Consumer Product Safety Commission, as well as the National Fire Protection Agency, to promote fire safety that doesn’t involve toxic chemicals, it’s important that consumers’ voices be heard.

Highly fluorinated chemicals called PFASs (per- and polyfluoroalkyl substances) are also troubling. They’re used in industrial applications like firefighting foams, but they’re also found in a variety of consumer products, such as nonstick pans, food packaging, and water- and stain-resistant fabrics. People are starting to pay more attention to these chemicals, especially in light of recent findings that millions of Americans are exposed to them through contaminated drinking water. Not only are highly fluorinated chemicals associated with many types of cancer and other health effects, they’re also highly persistent in the environment. So it’s really important that we identify the main sources of exposure so we can then take steps to reduce our exposures to these harmful chemicals.

EWG: Why is the precautionary principle, that is erring on the side of public health in the absence of definitive evidence of harm, an important approach to take in relation to environmental exposures and breast cancer?

RUDEL: There are several reasons why this approach is essential. One is that to prove definitively that a chemical causes breast cancer, one would have to conduct a study in which researchers expose human participants to a potentially toxic chemical and then wait 50 years to see who develops breast cancer. Not only is that impractical, it’s unethical. So we have to rely on predictive methods. If we have evidence that a chemical affects a biological process that leads to breast cancer and we have evidence that people are exposed to this chemical, then we must act to reduce their exposures and protect their health. No one should get breast cancer because they were exposed to toxic chemicals.

Only recently have we learned that women who were exposed to the highest levels of the pesticide DDT before the age of 14 have a fivefold increased risk of developing breast cancer compared to women with lower exposures. Rachel Carson warned us about DDT because birds were dying, and yet it took 50 years to find out that DDT causes breast cancer. We don’t want to make that mistake again.

We also know that reducing exposures saves lives. Take the Women’s Health Initiative. Because the risks of taking hormone replacement therapy were found to outweigh the benefits, women stopped taking the drugs. As a result, approximately 15,000 to 20,000 women a year in the United States alone have been spared a breast cancer diagnosis. Imagine how many more women could be spared by removing some of these hormone-disrupting chemicals from our environment.

EWG: What’s the most fulfilling aspect of the work you do at Silent Spring Institute?

RUDEL: I think one of the most fulfilling aspects of my work is being able to train a younger generation of scientists and being able to show them that you can do science that’s in the public interest. We’re not only trying to advance science on the link between environmental chemicals and breast cancer, but we want to ensure that our science gets translated into policies that protect health, so we can lower the incidence of breast cancer and create a healthier environment for us all.

And we’ve had successes in that respect, such as helping to change the state of California’s flammability standard. More recently, our research led the city of Boston to change its fire code so that hospitals, schools, colleges and other public buildings with sprinkler systems can now use flame-retardant-free furniture. In the immediate aftermath of the fire code update, a number of institutions began to make the switch. These victories, and others, help show young scientists that they really can make a difference, and that’s extremely rewarding.

Disqus Comments
By
Ruthann Rudel (EWG)
October 27, 2016
Back to Top