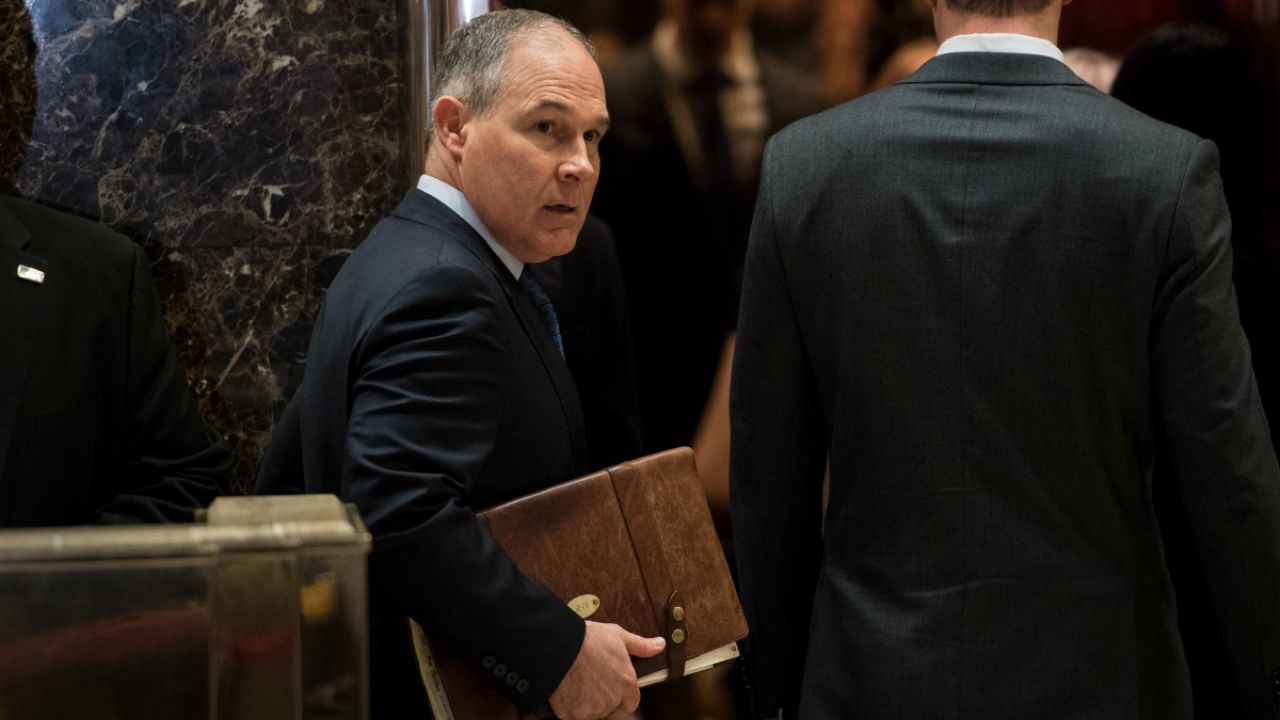 Here are the top 10 reasons to oppose him for the nation’s top environmental job.

1. Pruitt misled the Senate. There’s little question that Pruitt made misleading statements to the Senate Environment and Public Works Committee about his record as attorney general, his litigation history, and the role of the Oklahoma attorney general in environmental enforcement. The remaining question is whether the Justice Department will investigate his statements, as EWG has requested.

2. He told senators to “go FOIA yourselves,” referring to the Freedom of Information Act. Rather than respond to written questions, Pruitt told senators to file an open records request 18 times – or as Sen. Ed Markey of Massachusetts said, to “go FOIA yourself.” In addition, Pruitt won’t release 3,000 emails between his office and the energy interests he’ll regulate if confirmed.

3. He sued the EPA or supported lawsuits against it more than two dozen times. Pruitt told the Senate committee he only sued the EPA 10 times to block public health protections. In fact, his office actually sued the EPA 17 times and filed supporting briefs nine other times. So, that’s 26 times Pruitt went to court to block the EPA’s environmental protection actions.

4. He took money from regulated industries. As Oklahoma’s attorney general and head of the Republican Attorneys General Association, Pruitt helped collect millions of dollars in political donations from industries he is now supposed to regulate. What’s more, he won’t commit to recusing himself from matters related to these lawsuits.

5. He’s a longstanding climate change doubter. Pruitt testified to the Senate that he did not think climate change was a “hoax” and that humans played some role. But Pruitt has consistently used the fossil fuel industry’s playbook to sow doubt about climate science,  saying “reasonable minds can disagree about what is actually happening, whether it is happening number one, whether there is a change in climate that is occurring.”

7. He rolled back water quality protections. Pruitt claimed a 2013 agreement was a “historic” breakthrough to clean up a scenic river. In fact, Pruitt’s bad deal gave polluters more time to pollute and suspended enforcement actions.

8. He let poultry polluters off the hook. After receiving political donations from poultry polluters, Pruitt stopped pursuing litigation against them. As a state senator, he helped weaken a state law regulating poultry operators, allowing dozens of new chicken houses near rivers. After he took office as attorney general, a poultry waste lagoon subject to his oversight overflowed after a storm, fouling nearby creeks and lakes with chicken manure.