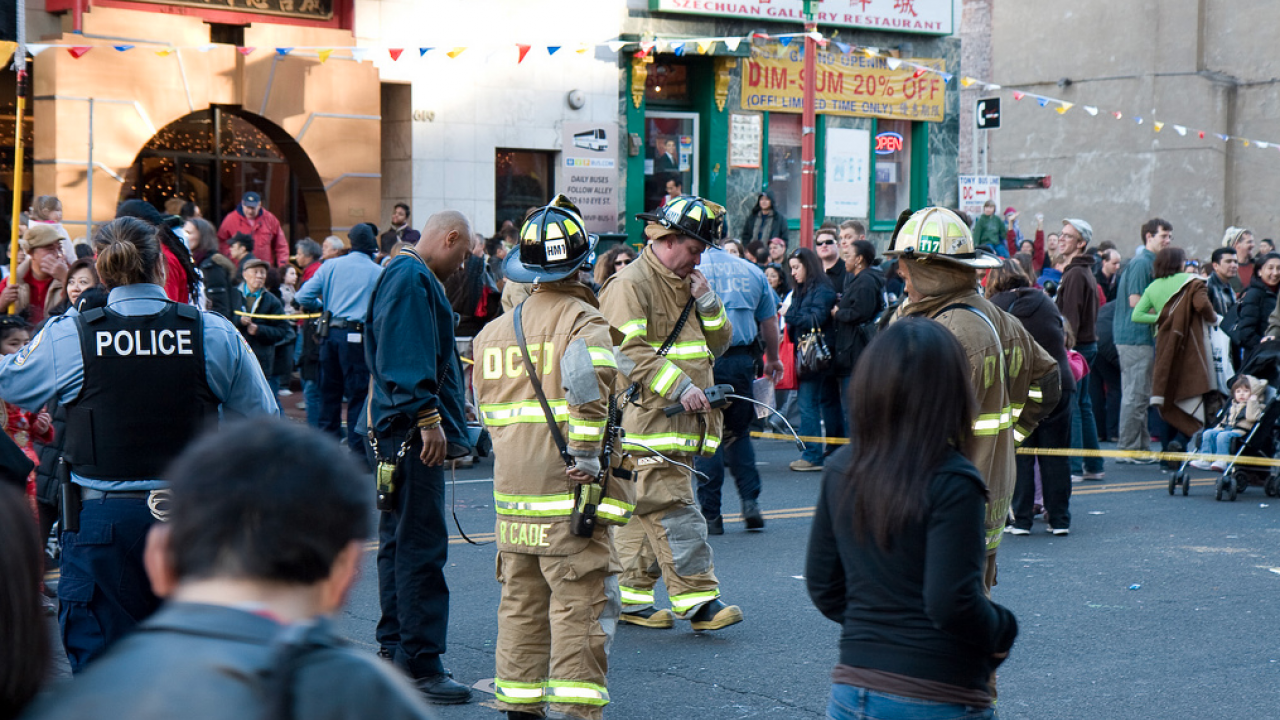 A team of scientists using portable methane detectors reported last week that it has detected 5,893 leaks of methane, the main component of natural gas, from gas utility lines in Washington D.C.

Last February, the team, composed of researchers from Duke and Boston Universities and led by Robert Jackson, a professor at Duke University’s Nicholas School of the Environment, determined that a dozen of those leaks were big enough to trigger explosions.  Its members promptly reported the leaks to Washington Gas Co., according to a paper published in the journal Environmental Science & Technology.  But when the scientists retested those sites in June, nine were still emitting dangerous amounts of methane.

Jackson told USA Today that he was “shocked” that Washington Gas hadn’t repaired the leaks.  “If you dropped a cigarette down a manhole . . . it could have blown up,” he explained.

Jackson and his colleagues from Duke and Boston U. launched their first leak detection project in the fall of 2011, driving the streets of Boston in cars fitted with sensors that sniff methane.  They found more than 3,000 leaks across the city.  As a result of their findings, utility crews fixed six leaks large enough to cause explosions.

The team repeated the experiment in Washington D.C., in January and February of last year.  They discovered that the concentrations of methane in D.C. gas leaks were higher than in Boston’s leaks:  fully 51 of the leaks in D.C. contained more methane than Boston’s biggest leak.  Two of  the 12 potentially explosive leaks in D.C. were found near Union Station.  Another was located in downtown Washington, near office buildings and a George Washington University residence hall.  The Washington Post’s website shows a map of the leaks.

Natural gas leaks in Boston, D.C., and other cities are often caused by the deterioration of decades-old cast iron and bare steel pipes.  Washington has a higher percentage of distribution mains made of cast iron than any other place in the country.  That may explain the prevalence of methane leaks in the city.

Sen. Edward Markey, D-Mass., introduced two bills last year to support natural gas pipeline development and repair.  A report prepared by Markey’s staff asserts that because gas companies can charge their customers for “lost” gas, between 2000 and 2011, American consumers paid as much as $20 billion for gas they never received.  The companies are less able to pass along the costs of capital improvements and repairs. Consequently, they have been slow to replace old pipes with safer materials such as plastic. In 2012, natural gas transmission and distribution pipeline incidents killed seven people, injured 51 more and caused almost $8 million in property damage, as reported by the U.S. Department of Transportation.  Some of these tragedies have been attributed to old pipes.  A 2011 explosion in Allentown, Penn., caused by an aging cast-iron pipe killed five people and destroyed eight homes.

A less visible but serious problem is that methane is a greenhouse gas at least 20 times more potent than carbon dioxide.  According to the U.S. Environmental Protection Agency, roughly 60 percent of global methane emissions are caused by human activity, and leaks occurring during natural gas and oil extraction, production and distribution are the nation’s most significant source of these emissions.  These leaks contribute significantly to global warming – a sobering fact often overlooked by those who propose to increase natural gas use as an alternative to coal.

That nearly 6,000 gas leaks have been found in the nation’s capital should serve as an important reminder of the multitude of harms caused by reliance on fossil fuels, including natural gas.  We can’t afford to stop at fixing broken pipes. We must go even further and repair our broken energy policies.