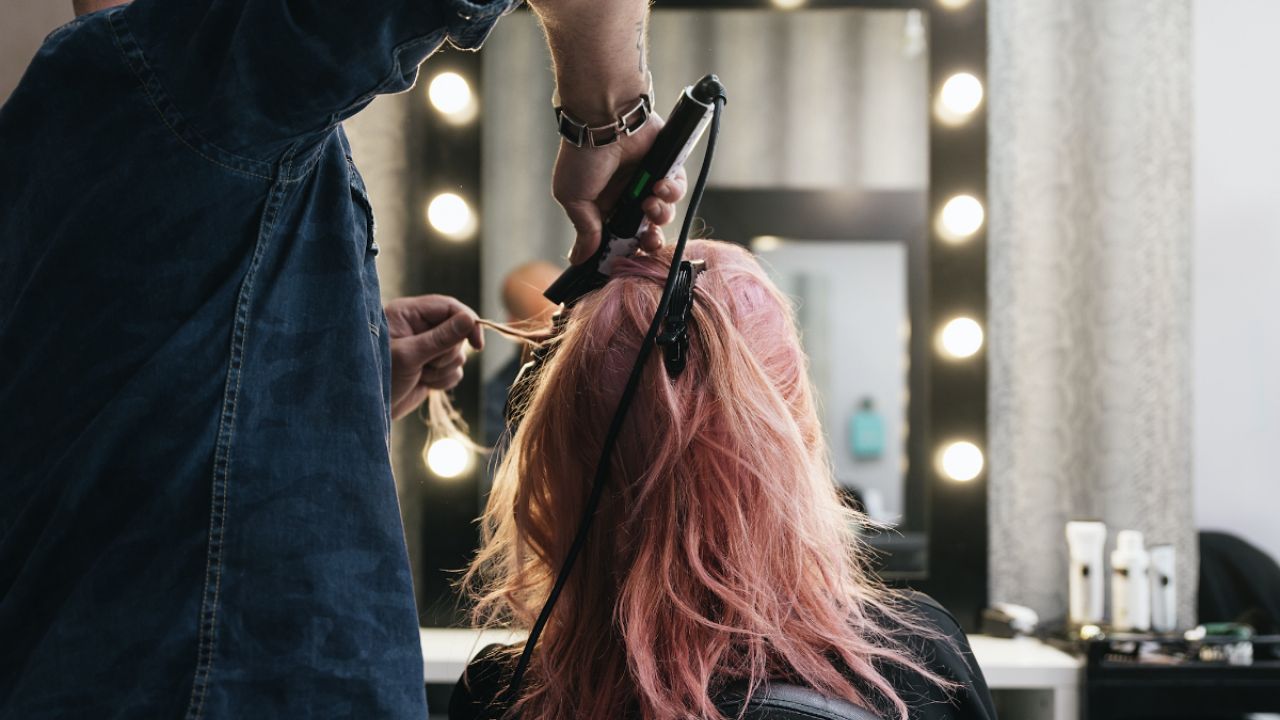 For more than a decade, the Food and Drug Administration and the cosmetics industry have known that keratin hair-smoothing treatments – commonly called “Brazilian blowout” treatments – release unsafe amounts of the toxic chemical formaldehyde into the air, putting consumers and salon workers at risk.

Today, salon workers from around the U.S. are joining the Environmental Working Group and Women’s Voices for the Earth, or WVE, to petition the FDA to ban hair straighteners that contain formaldehyde. Professional stylists and their clients need the FDA’s protection from these dangerous products.

Brazilian blowout treatments smooth hair and intensify shine by bonding formaldehyde – a known carcinogen linked to an array of other health problems – to the keratin in hair. During a blowout, the heat converts the liquid formaldehyde or methylene glycol into formaldehyde gas, creating fumes that are inhaled by stylists and salon patrons.

Hair-smoothing treatments are injuring clients and making stylists sick, so why are they still offered in salons across the country? 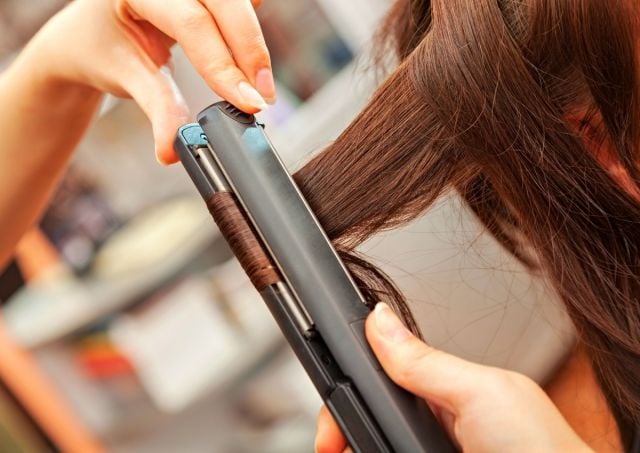 The FDA and cosmetics industry have known for more than 10 years that keratin hair-smoothing treatments emit unsafe levels of formaldehyde – here’s what they knew and when.

In 2011, EWG petitioned the FDA to investigate misleading marketing practices by more than a dozen companies that advertised their hair-straightening treatments were formaldehyde-free, hiding the formaldehyde content in their products. EWG also asked the FDA to consider banning formaldehyde from hair straighteners or requiring manufacturers to put warning labels on products if they contained or released formaldehyde. That same year, EWG exposed these dangerous practices in a groundbreaking report "Flat-Out Risky."

The Occupational Safety and Health Administration made a concerted effort to protect workers by issuing a hazard alert to salons. In 2011, OSHA cited 49 workplaces, including manufacturers, distributors, beauty schools and salons, for violations that included failure to protect their workers from formaldehyde and failure to communicate the dangers of these products to hair stylists and customers.

Meanwhile, as more reports came in saying these treatments made salon workers and clients sick, the FDA did nothing.

In December 2016, EWG and WVE sued the FDA for unreasonable delay in responding to the 2011 petition and for failing to protect salon workers and consumers from the toxic formaldehyde fumes.

The lawsuit sparked a push for a ban inside the FDA. Emails obtained by EWG show that FDA scientists urged the agency to ban formaldehyde in hair-smoothing treatments.

Hours after the lawsuit was filed, Nakissa Sadrieh, Ph.D., director of the cosmetics division of the FDA Office of Cosmetics and Colors, said in an email to Dr. Linda Katz, director of the Office of Colors and Cosmetics, “I am quite anxious to get formaldehyde banned.... Let’s just ban the damn ingredient and get on with our lives, right?”

The records also revealed that by 2015, FDA scientists were working on a comprehensive safety assessment and were concerned by the lack of existing regulations. As reported by The New York Times, the emails also document increasing frustration among FDA scientists about the agency’s efforts to regulate toxic chemicals in cosmetics.

The emails showed that the FDA agreed to move forward with a ban in 2016 but ultimately never took action. It’s unclear why the FDA has failed to act. However, days after the EWG lawsuit was filed, the attorney working on the formaldehyde regulation apparently was reassigned, casting doubt on the fate of the regulation.

In January 2017, one of Donald Trump’s first actions as president was to issue a “one in, two out” executive order requiring agencies to offset new regulations with cuts to existing regulations. The FDA may have halted new regulations to avoid rescinding old ones.

The FDA issued a partial response in 2017, promising only to review whether to ban formaldehyde while denying EWG’s request to require a warning label. In 2018, the case was dismissed due to procedural issues.

In March, the FDA sent a special women’s health alert and unveiled a new webpage urging caution for anyone using formaldehyde in hair-smoothing treatments. The webpage advises women considering a Brazilian blowout to avoid using the treatments at home, read the list of ingredients, report bad reactions and ask stylists questions about formaldehyde content in hair-smoothing products.

The cosmetics industry and the FDA have long been aware of the risks of formaldehyde in hair-straightening treatments.

Executives in the personal care products industry often boast that they police themselves. Obviously, they don’t.

This long-running saga of formaldehyde in hair-straightening treatments presents a frightening example of how profits trump public safety. Even the Cosmetic Ingredient Review, or CIR, a research panel funded by the cosmetic industry’s largest trade association, found in 1984 that formaldehyde could not be considered safe “in cosmetic products intended to be aerosolized.”

We know that in the past four years, people have been harmed by keratin hair-smoothing treatments. With injuries piling up, many stylists have quit their jobs because exposure to formaldehyde made them too sick to work.

Because adverse event reporting is voluntary, these complaints probably represent a small fraction of actual injuries associated with these services. And both consumers and hair stylists have complained of harm from exposure to formaldehyde in these hair-smoothing treatments.

Short-term exposure is associated with eye, nose, and throat irritation, shortness of breath and wheezing. Formaldehyde is a potent sensitizer, meaning that after repeated exposure, the chemical causes allergic reactions, such as hives and rashes, and an increased risk of asthma.

The National Toxicology Program classifies formaldehyde as a known carcinogen. The Centers for Disease Control and Prevention has warned that “working with formaldehyde may increase your chances of having fertility problems or a miscarriage.” Other injuries linked to formaldehyde exposure include massive hair loss, blistered scalps, bleeding gums and loss of taste and smell. 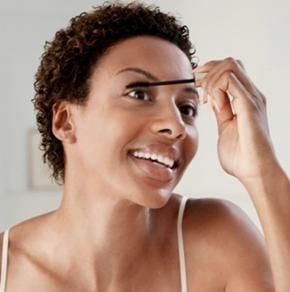 The flagrant disregard for consumer and salon worker safety illustrates a larger problem: the need for strong federal oversight of the cosmetics industry.

The Food, Drug and Cosmetics Act devotes only a couple of pages to cosmetics regulation, and Congress has not meaningfully updated the FDA’s authority since 1938. The FDA has banned or restricted only nine ingredients in cosmetics for safety reasons. Few consumer products are less regulated than cosmetics.

The good news is that states have not waited for Congress or the FDA to act.

In September 2020, California passed landmark cosmetics legislation that bans 24 of the most harmful chemicals in personal care products, including formaldehyde. In June, Maryland enacted a similar law, prohibiting the sale and manufacture of cosmetics and personal care products with certain ingredients, including formaldehyde.

The frustration over the glacial pace of regulation is warranted. Exposure to formaldehyde in hair-smoothing treatments is still causing hair loss, allergic reactions and other serious health problems. This situation needs to change. Congress must pass regulation to ensure the FDA has the power to take these dangerous products off of store shelves and out of salons. Until then, please stay away from them. It is flat-out too risky.