The Science on PFAS: Rebuttal to 3M’s Claims 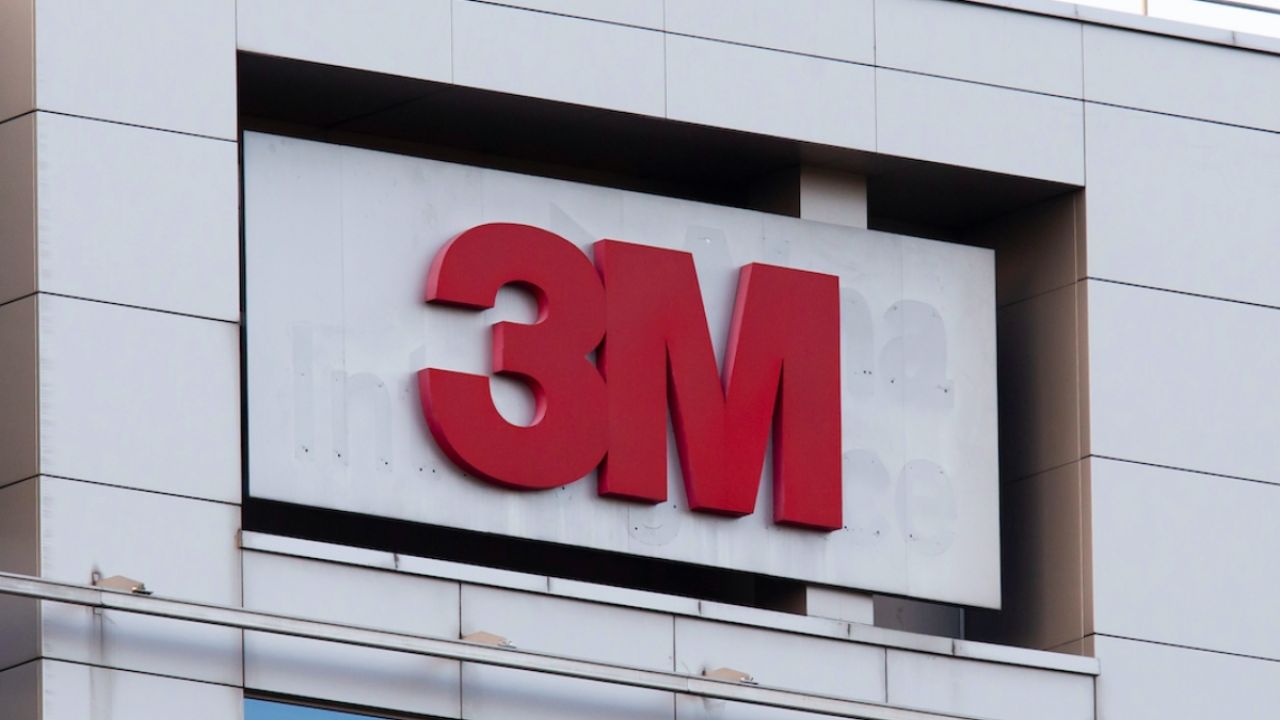 Despite the well-documented safety concerns associated with PFAS, 3M is doubling down on misleading claims about the chemicals and its involvement in the current contamination crisis. In the wake of pending state and federal legislation, and pending lawsuits against current and former PFAS manufacturers like 3M, the company has created a propaganda site downplaying the risks of PFAS.

EWG scientists reviewed the claims of 3M and responded, using the latest, unbiased research on PFAS, to set the record straight. (All 3M statements come from https://www.pfasfacts.com/, accessed on Sept. 4, 2019.)

Although certain PFAS have been detected in the environment at low levels, their mere presence does not mean they’re harmful. Each PFAS compound needs to be evaluated based upon its own properties.

For example, 3M and others have done decades of research on possible health effects of PFOS and PFOA exposure in animals and people. These are two of the legacy PFAS compounds that are no longer produced or used in the United States or Europe.

Some studies have shown that at very high doses some PFAS compounds can result in adverse health effects in animals. However, the weight of scientific evidence does not show that PFOS or PFOA causes harm to the environment or people at current or historical levels. Research has shown that the levels of PFOS and PFOA in the general population have dropped by more than 70 percent since 2000.

A significant body of scientific evidence demonstrates that both PFOA and PFOS, which have been phased out of production in the U.S., as well as the PFAS chemicals that have replaced them, cause harm to the environment and human health, even at low levels. It is encouraging that levels of PFOA and PFOS measured in blood are decreasing, but that does not mean current levels are safe. Moreover, other PFAS chemicals have also been detected in human blood and other organs.

Exposure to PFAS at even the lowest concentrations has been shown to harm human health and puts people in communities with contaminated drinking water at risk. Recent science suggests that newer PFAS chemicals may be just as toxic and harder to treat as those that were phased out.

PFAS do not break down in the environment and can build up in animal and human tissues. They have been found at extremely high levels in groundwater in areas where there have been industrial discharges into drinking water sources, or near military installations or airports where PFAS-laden firefighting foam was used. From federal and state data, EWG has identified over 700 sites where PFAS has been detected. Unreleased federal data suggest that up to 110 million Americans may have PFAS in their drinking water.

While the 3M website focuses on the phaseout of two kinds of PFAS, the company fails to acknowledge that more than 600 other PFAS chemicals have been reported as active in commerce over the past decade.

What’s more, even though PFOA and PFOS have been phased out of production under pressure from the EPA, they were used in large volume for decades and have been detected at hundreds of contaminated sites. Because even the chemicals that have been phased out never break down in the environment, even releases from decades ago continue to put people at risk if they haven’t been cleaned up.

These legacy PFAS chemicals also cause harm at low doses, including harm to the immune system and altered development of mammary glands. Although levels of PFOA and PFOS in our bodies are decreasing, chemicals like Gen X have similar toxic effects. So far, evaluating PFAS chemicals one at time has proven ineffective, highlighting similar toxicities and inadequate testing of sensitive endpoints and during vulnerable times of development. To protect public health, it is critical that PFAS chemicals be considered as a class.

What Does the Science Tell Us About PFAS?

While some research has indicated possible associations with certain biomarkers or health outcomes in people for PFOA and PFOS, results across studies examining these endpoints have found either inconsistent or conflicting observations and do not show causation. 3M and other leading experts around the world continue to research PFAS to look for potential health issues.

Links between adverse health outcomes and exposure to PFOA and PFOS are well established, including in the chemical industry’s own studies, studies by government regulators, and in many independent, peer-reviewed studies. A growing body of science suggests that the PFAS chemicals used to replace PFOA and PFOS are also likely to cause harm to the environment and human health.

An EWG analysis of industry documents, released in lawsuits against 3M and DuPont, show that animal studies conducted by the companies revealed as early as the 1960s that PFAS chemicals could pose health risks. Additional internal memos, studies and other company documents demonstrate that these companies have long been aware of the risks from PFAS chemicals.

From 2005 to 2013, the C8 Science Panel conducted a major epidemiological analysis on human health outcomes from exposure to PFOA. The panel of three independent scientists worked with blood samples from almost 70,000 residents of the mid-Ohio River Valley, who were exposed from working in or living near a DuPont Teflon factory. The panel was funded by DuPont as partial settlement of the residents’ lawsuit, and the company agreed on its makeup. The scientists found links to health harms, including two types of cancer and harm during pregnancy, as seen below.

Findings of the C8 Science Panel

Government regulators also have identified known or likely health risks from exposure to PFOA and PFOS. The EPA’s drinking water advisory says exposure to PFOA and PFOS can cause “developmental impacts during pregnancy and to infants, cancer, liver damage, harm to the immune system, damage to the thyroid and other effects including changes in cholesterol.”

The federal Agency for Toxic Substances and Disease Registry says PFAS exposure can “increase cholesterol levels, decrease how well the body responds to vaccines, increase the risk of thyroid disease, decrease fertility in women, increase the risk of serious conditions like high blood pressure or pre-eclampsia in pregnant women, and lower birth weights.”

State health and drinking water agencies have also conducted rigorous scientific reviews to develop drinking water guidelines and legal limits for PFAS chemicals. New Jersey has developed proposed drinking water standards of 14 parts per trillion. or ppt, for PFOA, based on developmental effects, 13 ppt for PFOS, based on immunotoxicity effects, and has set a 13 ppt legal limit for PFNA, based on developmental and immune effects. California’s Office of Environmental Health Hazard Assessment set reference levels, a non-enforceable health guideline, representing a one in one million cancer risk over a lifetime, of 0.1 ppt for PFOA and 0.4 ppt for PFOS, based on the risk of liver cancer in animal studies.

International regulators have also confirmed the risks of PFAS. Last year, the European Food Safety Authority’s risk evaluation for PFOS and PFOA in food found that human epidemiological studies provide strong support for causal associations between exposure and increased serum levels of cholesterol and support for increased serum levels of the liver enzyme alanine transferase. Review of human studies suggest causal associations of PFOS, and possibly PFOA, with decreased vaccine responses in children. The agency also found some evidence for a causal association between prenatal exposures to PFOS and PFOA and birth weight.

The German Environment Agency used human data to publish a safe blood serum concentration of 2 nanograms/milliliter for PFOA and 5 ng/ml for PFOS, that would avoid concerns for fertility and pregnancy, newborn weight, lipid metabolism, immune system impacts, hormone development, thyroid metabolism, and the onset of menopause. The most recent tests by the federal Centers for Disease Control and Prevention in 2015-2016 show that more than a fourth of Americans had PFOA at levels over 2.5 ng/ml and PFOS at levels over 8.1 ng/ml.

If health risk limits set by Germany’s Environment Agency are compared to biomonitoring surveys of PFOA and PFAS in the U.S. population, the German criteria suggest that more than one quarter of the American public may face health risks.

The PFAS Expert Health Panel formed by the Australian Government determined in its March 2018 report that, “there is mostly limited or no evidence for any link with human disease” and “there is no current evidence that supports a large, impact on an individual’s health.” They also report that “there is no current evidence that suggests an increase in overall cancer risk.” However, they recommend that research continue, including efforts to gain a “better understanding of how PFAS affects humans and at what level.”

In the United States, the Agency for Toxic Substances and Disease Registry – tasked by Congress to study the effects of hazardous substances – reported in May 2018 that “the available human studies have identified some potential targets of toxicity; however, cause and effect relationships have not been established for any of the effects, and the effects have not been consistently found in all studies.”

For nearly 70 years, 3M, DuPont and other chemical companies have known that PFAS chemicals build up in our blood. They’ve known for almost that long that these chemicals have a toxic effect on our organs, and they worked to keep that information secret. A number of authoritative health agencies and researchers in the United States, like EPA, ATSDR, and the C8 Science Panel, have linked PFAS exposure to preeclampsia, testicular cancer, kidney cancer, thyroid disease, ulcerative colitis, high cholesterol, immune suppression, reduced fertility, and other health effects. The latest research and human studies continue to show links between PFAS and human health risks.

Contrary to 3M’s claim, the Australian PFAS Expert Health Panel does not exonerate PFAS. The panel concluded that “important health effects for individuals exposed to PFAS cannot be ruled out based on the current evidence.” The panel’s report also points to the persistent and bioaccumulative qualities of PFAS, cautioning: “PFAS chemicals do not break down readily in the environment, can travel long distances through soil and water and can get into groundwater. PFAS levels build up in animals and humans and remain for many years in the human body.”

3M’s quote from the ATSDR report is also misleading. The ATSDR lists a number of health effects associated with PFAS exposure on its website, including increased cholesterol levels, increased risk of cancer, hormone interference and decreased fertility in women. Moreover, the minimum risk levels included in the ATSDR’s toxicological profile of PFAS were seven to 10 times lower than the levels EPA used to calculate its drinking water guidelines for PFOA and PFOS. Although the ATSDR acknowledges that there is ongoing research on additional potential toxicity concerns, that does not negate the agency’s other findings.