Pompeo’s DARK Act Will Keep Consumers in the Dark 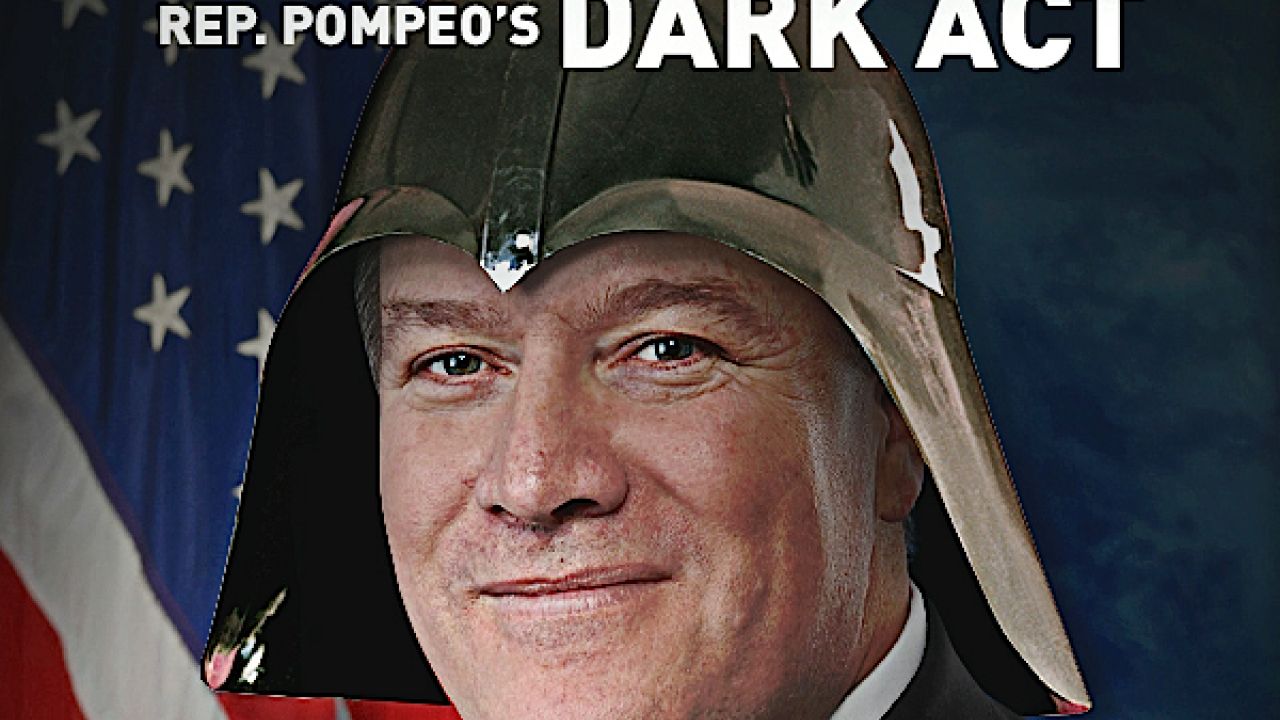 The empire struck back.

Rep. Mike Pompeo (R-Kans.) has introduced the Deny Americans the Right to Know (DARK) Act to keep consumers, well, in the dark about whether or not their food contains GE ingredients. The bill would also allow foods labeled as “natural” to contain GE foods, and prevent the federal Food and Drug Administration from requiring mandatory labeling.

Apparently, Pompeo is among the 7 percent of Americans who tell pollsters they don’t want to know what they’re eating.

Nearly 1.4 million Americans have joined a petition urging the FDA to require labeling of GE food – the most on any petition pending before the agency -- and more than 200 food companies recently signed a letter to President Obama urging him to honor his 2007 pledge to require GE labeling.

Pompeo’s Dark Act would instead allow companies to disclose voluntarily whether their food contains GE ingredients. And in fact, since 2001, companies have had the power to disclose the presence of GMOs in their products. Guess how many have?  That’s right, zero.

Fortunately, Rep. Pompeo has to disclose his donors. They include big food companies like General Mills and the Koch brothers.