None of the Above: The False Energy ‘Solutions’ America Doesn’t Need 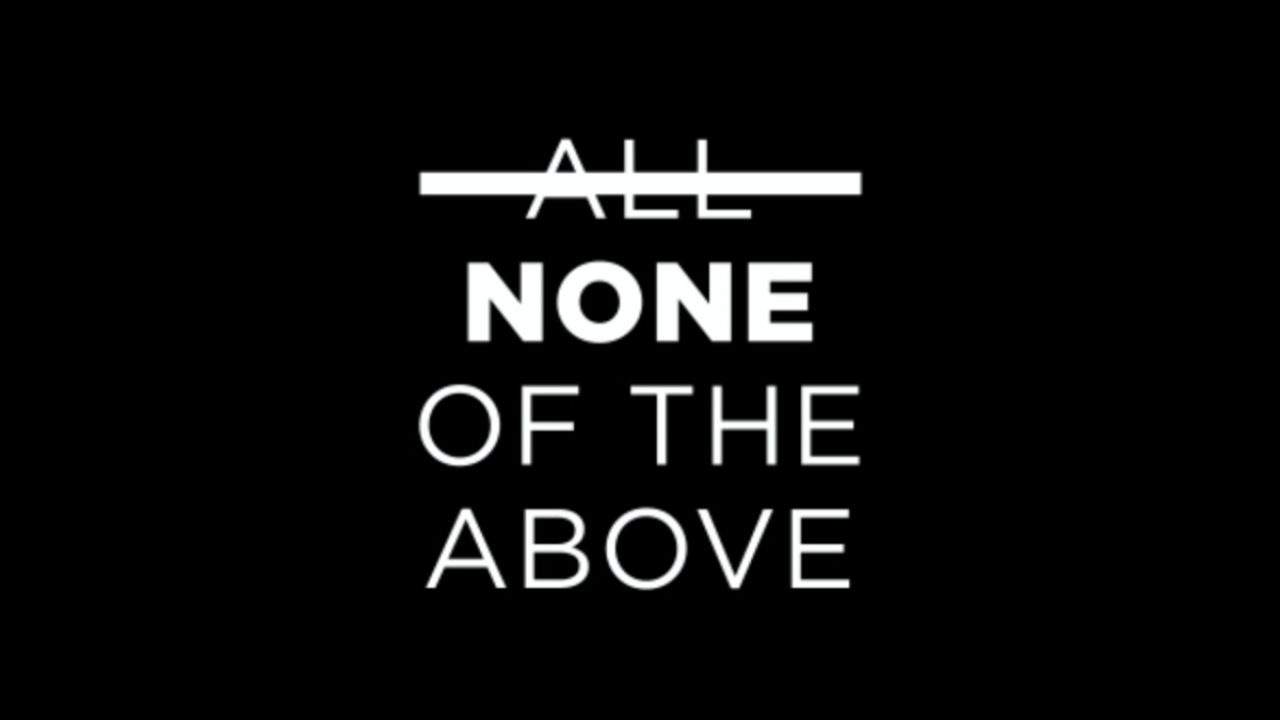 First in a series

America is at an energy crossroads.

Over the past decade, the phenomenal growth of clean, cost-efficient, renewable energy sources has shown the environmental and economic folly of reliance on the dirty, dangerous and inequitable sources of the past. Although federal tax credits for wind and solar have played an important role in the clean energy revolution, it has largely been driven by state policies and market forces, as innovators, investors, consumers and forward-looking utilities embrace the future.

We owe that dramatic shift in no small measure to the thousands of activists, nonprofit organizations and other advocates who have worked for decades for policies to counter the threats posed by outdated legacy energy systems and encourage the emergence of sustainable energy, to make it the norm. Thanks to them, the renewable energy systems environmentalists are fighting for today have become as important and tangible as the planet-threatening energy economy we have for so long fought against.

Now, as the nation faces the challenge of building a truly sustainable, just and healthy energy economy, and meeting President Biden’s goal of 100 percent carbon-free electricity by 2035, it is time for the federal government to ramp up investments in renewables, storage batteries, efficiency and an exciting, rapidly expanding bundle of emerging technologies. For too long, poorly coordinated federal energy programs have overwhelmingly propped up outmoded and wasteful sources, alongside comparatively tepid support for renewables. This approach, known as “all of the above,” is a threadbare grab bag of subsidies, tax breaks and other policies that have accreted over the years – more to accommodate vested economic and political interests than to advance a responsible, sustainable national energy policy.

It’s time to turn that notion on its head. All of the above should mean an all-in commitment to the full array of clean, renewable energy sources. We should consign these dying relics – and the pipe dreams that only distract from and block energy systems we know will work, because they’re already working – to the ash heap of none of the above.

At the same time, it is vitally important to institute and invest in robust programs to help workers and communities that will be disrupted by the shift to an energy economy built on renewables and efficiency. For far too long, “just transition” policies and assistance to affected communities have been paid lip service – stymied by the same vested interests that seek to preserve the status quo and cynically hide behind fake concern for displaced workers or communities whose very way of life will be disrupted by the sustainable energy transition.

‘All of the above’ technologies

Solar power is essentially a plug-and-play technology that is cheap, modular, scalable and increasingly efficient. It saves consumers money, was creating hundreds of thousands of new jobs before the pandemic crisis, and does not threaten public health through pollution such as carbon emissions or coal waste. Whether on individual rooftops or through community solar farms, it can be reasonably deployed almost anywhere in the nation.

Wind turbines are also cheap, scalable technology whose efficiencies allow them to operate economically at increasingly lower wind speeds. They can provide increasingly consistent, large supplies of power both offshore and onshore. They have proven to be an economic engine for economically depressed rural areas, and they create jobs that can provide a transition from offshore oil drilling.

Efficiency – reducing the amount of energy needed for heating or cooling – is by far the largest job creator in the energy sector. It is the cheapest energy alternative, offers unparalleled economic and environmental benefits, and can be deployed in any economic sector or building, in any location.

Battery storage is an increasingly affordable and job-creating technology that provides the true bridge to 100 percent renewables. It is scalable and modular, and improves the economics of variable wind and solar power.

Green hydrogen has great potential for achieving deep decarbonization of the long-haul transportation and heavy industry sectors, and for long-term energy storage that will enable us to eliminate the final 10 percent of carbon-generating technologies. It is increasingly cost-effective and highly versatile – as a transportation fuel or industrial fuel or feedstock, or to power and heat buildings. It is yet another emerging energy source that will make natural gas financially untenable, and it can provide a transition from union jobs in the natural gas industry.

Electric vehicle adoption is outpacing predictions. As battery technology improves, EVs will be increasingly cost competitive with conventional vehicles. They have garnered the support of the auto industry majors and labor unions, are already challenging the dominant position of the oil industry in transportation, and can eliminate a major source of unhealthy air pollution.

‘None of the above’ technologies

Coal-fired power is no longer financially viable and is rapidly losing support among utility companies that historically relied on it. Burning coal poses an acute danger to respiratory and cardiovascular health, and disposing of coal ash is a threat to clean drinking water.

Natural gas has seen its day. Renewables and energy storage challenge its finances. It relies on a highly costly, financially unviable infrastructure that poses a major threat to public health and the environment.

Nuclear power slows progress toward an actual clean energy system and seriously addressing climate change. It is nothing more than a public works project with no prospects for the future that has failed financially while generating huge amounts of radioactive waste, with no viable method of disposal, that will linger for thousands of years.

The oil industry survives only on the dole. It has no business in power generation and will soon see demand in the transportation sector further crumble, as EV sales increase and green hydrogen expands. It is the source of most of the industry’s carbon emissions.

Biomass energy – cutting down and burning trees to generate electricity – is the furthest thing from a “green” energy source, despite the industry’s repeated false claims. Burning wood to generate energy can produce as much or more carbon dioxide that is released into the atmosphere than electricity from coal-fired power plants, and it should no longer be subsidized or incentivized by the federal government.

Corn ethanol is another dead-end fuel, made obsolete by the rapid adoption of EVs. The federal corn-ethanol-blending mandate has increased GHG emissions by calling for the plowing up of grass and trees to produce corn, releasing soil carbon.

Carbon capture and sequestration is a costly, unproven means of sustaining the use of oil and natural gas.[1] Implementing it will overextend electric power, water and land resources. It is ineffective against climate change and would divert vast amounts of public financial resources from truly clean technologies.

The U.S. is on the threshold of the most significant national debate about energy policy since the campaign for “cap and trade” climate legislation collapsed in Congress, more than a decade ago. More importantly, it is the first such debate to take place in modern times while a bona fide revolution in the energy economy is already underway – the unprecedented explosion of renewable technologies that are literally displacing legacy energy systems like fossil fuel and nuclear power, upending decrepit business models that no longer make economic or environmental sense in the utility, transportation and building sectors. In order to make the most of this watershed moment, it is vital that political leaders cast aside norms from past rounds of energy policymaking that have accommodated vested interests with a grab bag of policy handouts – corporate welfare in the form of loopholes, subsidies, tax breaks and federal research dollars. That undisciplined “all of the above” approach to energy policy now threatens to perpetuate the control and profits of fossil fuel, nuclear and big utility interests well beyond their shelf life. Worse, that non-strategy blocks the clear path before America that leads to a clean energy future and the millions of jobs it can create.

“All of the above” energy policy urgently needs retooling to boldly focus on renewable technologies, and energy efficiency, and to provide major investments that will help workers and communities survive the upheaval underway across the energy economy. As for fossil, nuclear, biomass, ethanol and carbon capture technologies, they have already been consigned by Wall Street, common sense and environmental imperatives to the list of “none of the above,” no-thank-you options for our energy future. That is exactly where politicians should leave them.

[1] Farmland conservation practices, such as planting cover crops, are touted as a potential tool of carbon sequestration, but the jury is still out. Conservation has great benefits for water quality, soil health, biodiversity and public health, but more research is needed to evaluate its sequestration potential. Subsidies should not be given until research has proven that conservation practices sequester carbon in soil. Instead, more focus should be placed on reducing nitrous oxide and methane emissions – like carbon emissions, powerful greenhouse gases – from fertilizers and manure.