No, Bacon isn’t Greener Than Lettuce 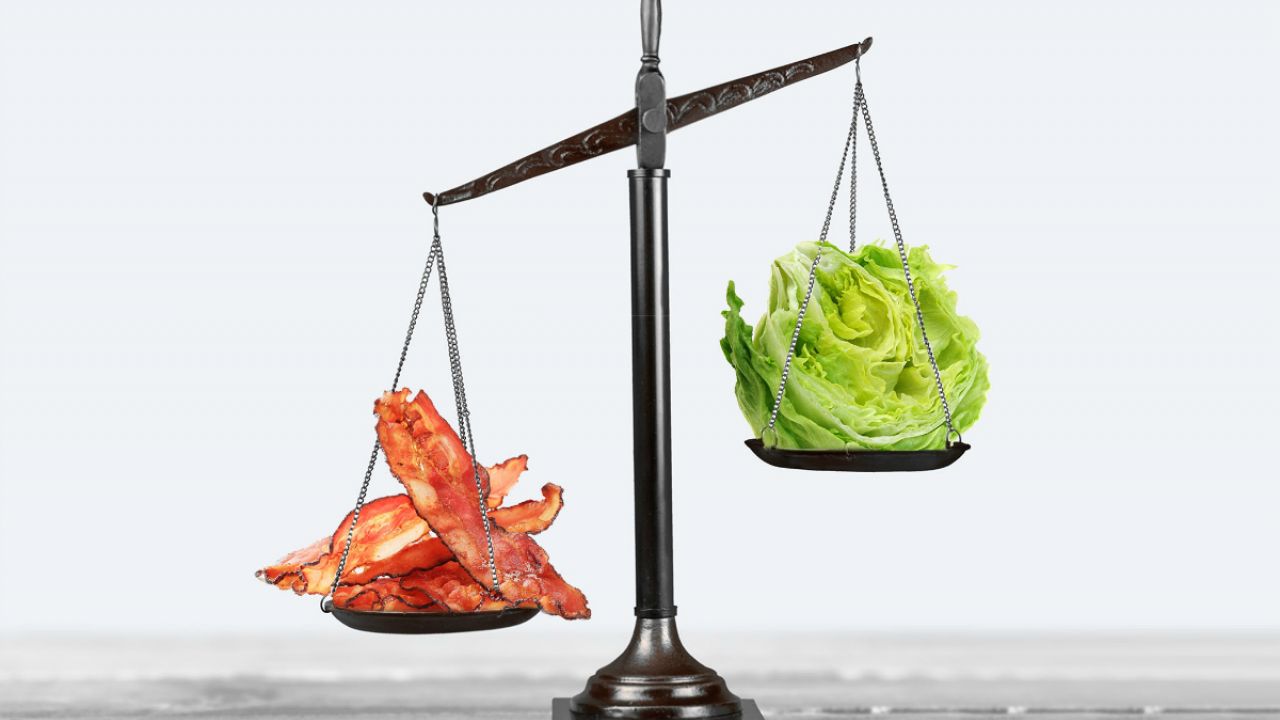 You may have seen the headlines this week claiming bacon is better for the environment than lettuce. Bacon cheeseburger lovers may have cheered the news, but a closer look shows the claim has more sizzle than substance.

The study by researchers at Carnegie Mellon University said if Americans followed federal dietary guidelines to eat more fruits and vegetables, energy use would go up 38 percent and the carbon emissions that cause global warming would rise by 6 percent. The authors also claimed that lettuce has three times the environmental impact of bacon.

But according to the data used by the authors of the study, a pound of bacon has six times the carbon intensity of a pound of lettuce. And here's where they made a critical mistake: they estimated carbon intensity not per pound, but per calorie. And they made the farfetched assumption that if people ate less bacon, they would make up those calories by eating the same amount of calories in lettuce.

What would that mean? For every four slices of bacon you passed up, you'd have to eat two large heads of lettuce.

That’s a lot of lettuce!

But if you somehow managed to eat that much, you'd be taking in almost three-fourths of the fiber USDA recommends you get each day, referred to as the daily value or DV. You'd get more than a fourth of the daily value for calcium and 60 percent of the DV for potassium.

USDA wants us all to eat more of those essential nutrients, but to get that much potassium, you'd have to eat 37 slices of bacon. From a more likely serving of four slices, you'd get seven percent of the daily value for potassium, less than one percent of the DV for calcium and no fiber at all. Bacon also contains harmful trans fats, and four slices would give you almost four times more sodium than you need each day.

The researchers' assumptions meant they focused on the production of calories. But we don’t need to worry whether the food system produces enough calories. We're already very good at that. The United Nations Food and Agriculture Organization estimates that since 1990, the world has produced enough food to supply everyone with 2,700 calories a day.

Judging the environmental impact of foods by calories is a bad idea. Nobody thinks Americans need to worry about consuming enough calories. Studies have found that when people eat more low-calorie, high-fiber foods such as greens, vegetables and fruits, they typically eat fewer calories. Many studies have shown that shifting to this kind of diet is better for the planet and better for your health.

So if you want your diet to have less impact on the environment, put down that bacon cheeseburger. Pick up EWG’s Meat Eater’s Guide for Climate Change and Health for more information on how small changes to your diet add up to big changes for the environment.