Is Natural Gas Toxic in Water? 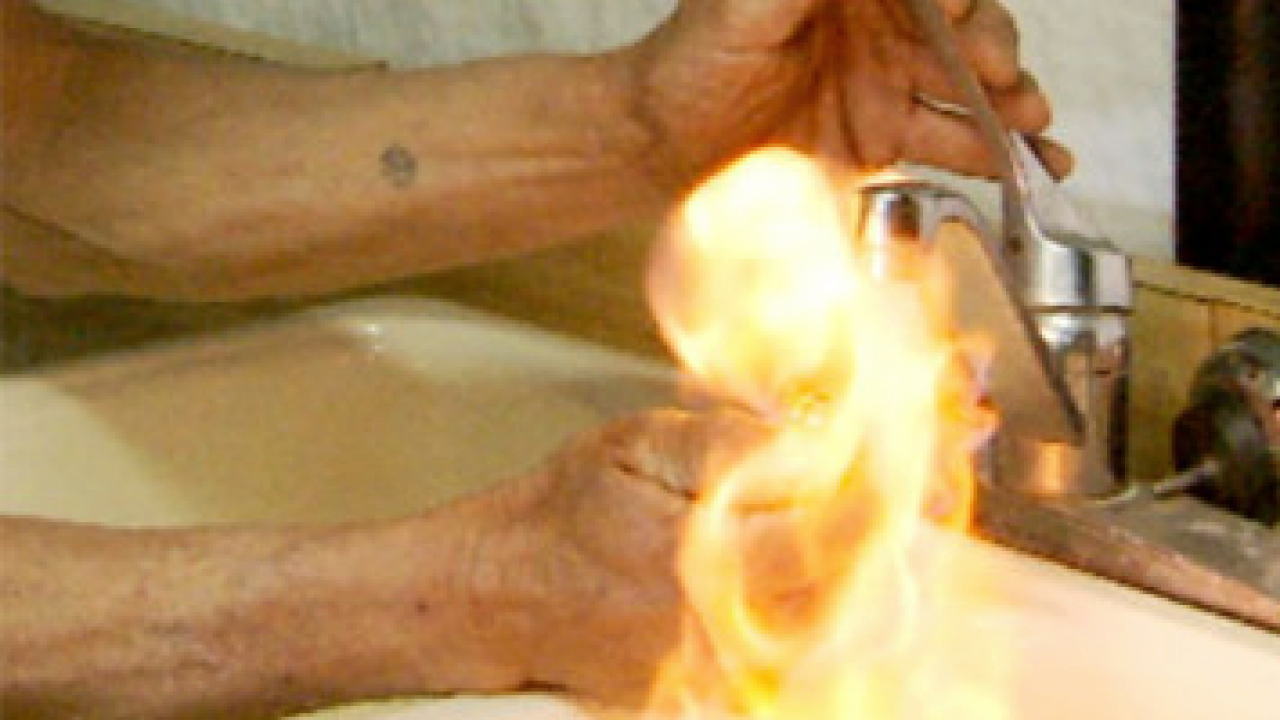 As drilling for natural gas pushes more and more into shale formations in populated areas, the problem of gas bubbling into drinking water is occurring with increasing frequency. Several homeowners have reported flaming tap water and have feared explosions. The danger is not just a theoretical one: a home in Bainbridge, Ohio, exploded in 2007 because the hydraulic fracturing and cementing of a nearby gas well was done improperly.

Short of an outright explosion, however, gas-contaminated water may pose other risks. Shale gas is 90 percent methane, which is not regulated as a water contaminant by the Environmental Protection Agency nor, apparently, by any state, according to an analysis by Duke University scientists.

The Duke scientists suggested that it is time to reexamine methane’s regulatory status as flammable but not toxic.

“Outside of the extreme cases of explosion, flammability, and asphyxiation, methane is not typically viewed as a health hazard…,” the scientists wrote in a paper published by the Center on Global Change at Duke University in 2011. “Nonetheless, we found essentially no peer-reviewed research on its health effects at lower concentrations in water or air.”

As a result, if people are exposed to methane that migrates from a gas well into their drinking water, regulators generally have no power to take action, in contrast to what they could do if the gas well exposed residents to low levels of benzene, a carcinogen, or other toxic chemicals. The methane levels would have to become high enough to pose an explosion risk for regulators to step in.

“Based on public concerns about the consequences of methane in drinking water, and the lack of peer-reviewed research on its health effects, we recommend that an independent medical review be initiated to evaluate the health effects of methane in drinking water and households,” wrote the Duke team headed by Robert Jackson, who holds the Nicholas Chair in Global Environmental Change at Duke University’s Nicholas School of the Environment.

Many gas wells are being drilled near people’s homes, and other research by some of the same Duke scientists recently showed that the presence of methane in water wells increases the closer they are to natural gas wells. The public deserves a study of the health effects of methane in drinking water to determine the full scope of the risks.