My friend neoprene, allergen of the year 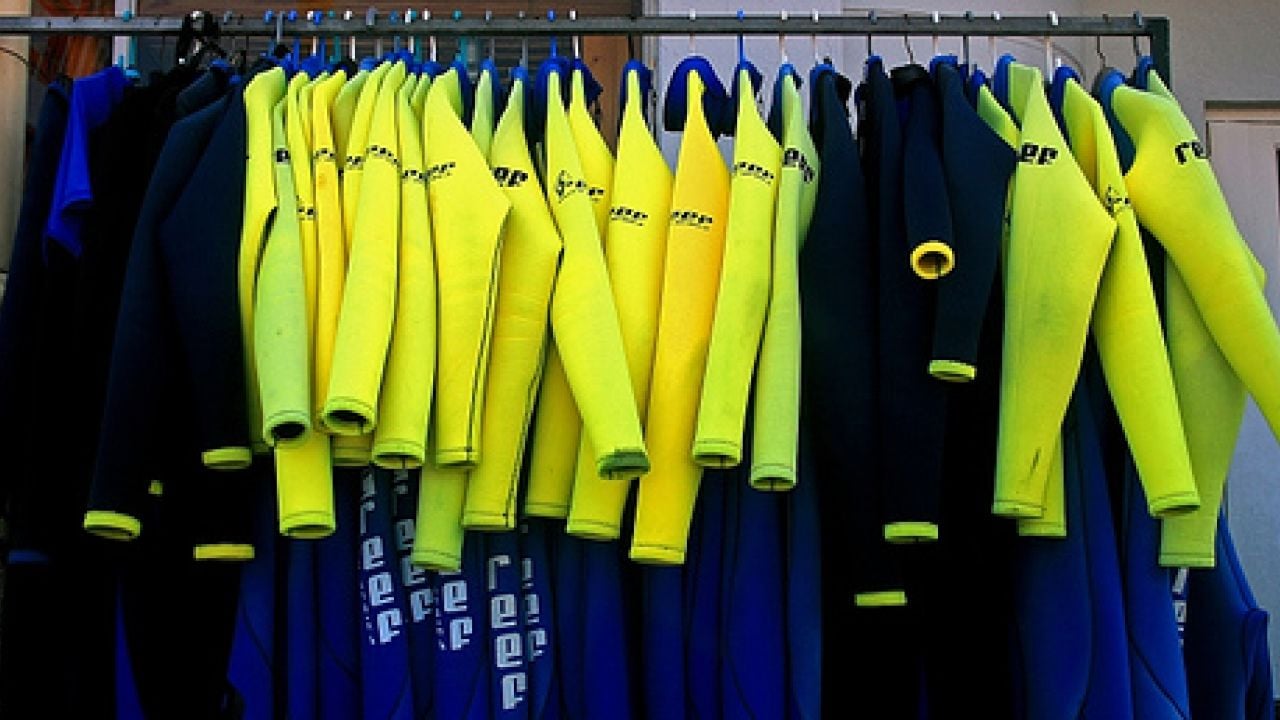 In 2009, the dubious distinction of the "allergen of the year" was awarded to a group of chemicals most of us have never heard of: mixed dialkyl thioureas. Mixed who?

These chemicals are common additives found in everyday neoprene synthetic rubber products - everything from computer mouse pads to shoes, athletic braces and wetsuits.

Based on 10 years of research conducted by the North American Contact Dermatitis Group, dialkyl thioureas prove to be the most common culprit of neoprene allergy.

According to a press release from the group's 2009 annual meeting:

Experiments have shown that large quantities of thioureas are leached from rubber compounds, and the level of the leached thiourea compounds was found to be sufficient to elicit allergic contact dermatitis.

When allergen-containing neoprene products touch the skin, a susceptible person typically experiences a reaction that can range from redness to blistering. Often, avoiding the neoprene products is the only solution because protective covering of the offending material is either impractical or insufficient. For example, if neoprene footwear is the main source of allergic exposure, socks would not help because sweat actually causes the allergen to leach out of the shoe and onto the skin.

The latest science on neoprene allergy is a timely reminder that a significant number of products on the market contain ingredients whose safety has not been adequately tested and demonstrated. As shoppers, we have the right to demand and expect that toxic ingredients should not be used in everyday products.

Contact allergy is, of course, one type of toxicity among many that may be associated with toxic chemicals. Yet, identifying sources of allergy is a very important start. Kudos to the American Contact Dermatitis Society for bringing attention to allergens that are very common but under-recognized - even though they may cause significant contact dermatitis.

Some other award-winning allergens to avoid A few other lucky winners of the "Allergen of the Year" title:

Unfortunately, many of these allergens and irritants are commonly found in cosmetics and personal care products. For example, Skin Deep, EWG's Cosmetic Safety Database, lists:

What can you do? Once again, the best advice we have for shoppers is to be very vigilant in reading labels and looking for products that don't contain these ingredients! Check out our tips on deciphering cosmetics labels.

[Thanks to Flickr & creative666 for the great wetsuit pic]