Mapping the Deadly Toll of Asbestos – State by State, County by County 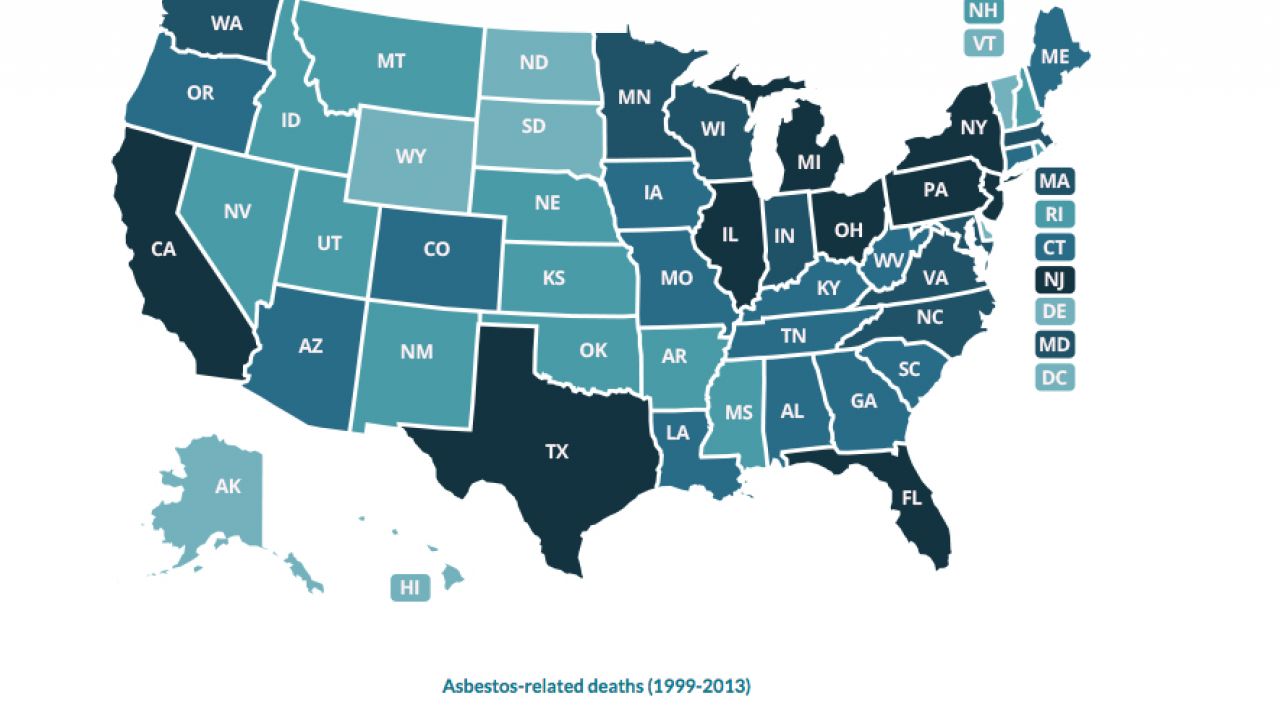 More than 50 years after a landmark study confirmed the lethal effects of asbestos exposure, we still don’t know exactly how many people asbestos kills.

EWG Action Fund researchers recently estimated as many as 15,000 Americans die every year from diseases stemming from asbestos exposure. Today, EWG Action Fund released an interactive map showing the deadly toll of asbestos from 1999 to 2013, broken down to the state and county levels.

Not surprisingly, the populous states of California, Florida, Pennsylvania, New York and Texas experienced the most asbestos-related deaths over that 14-year period. But those numbers don’t tell the whole story. When EWG Action Fund analyzed asbestos-related death rates, it turned out that in six states – Delaware, Maine, Montana, Pennsylvania, Washington and West Virginia – the death rates were 50-to-100 percent higher than the national average. The variability was even greater at the county level. More than 25 counties reported death rates that were 4-to-13 times the national average.

The map shows that asbestos-related deaths affect families and communities in every state and every county in America. Despite the dangers and asbestos’ deadly history, it is still legal and still everywhere. Americans continue to face exposure in the places they go and from the products they use every day, so it’s inevitable that thousands more will die in the years to come.

Click on your state to learn more about asbestos mortality in your community.