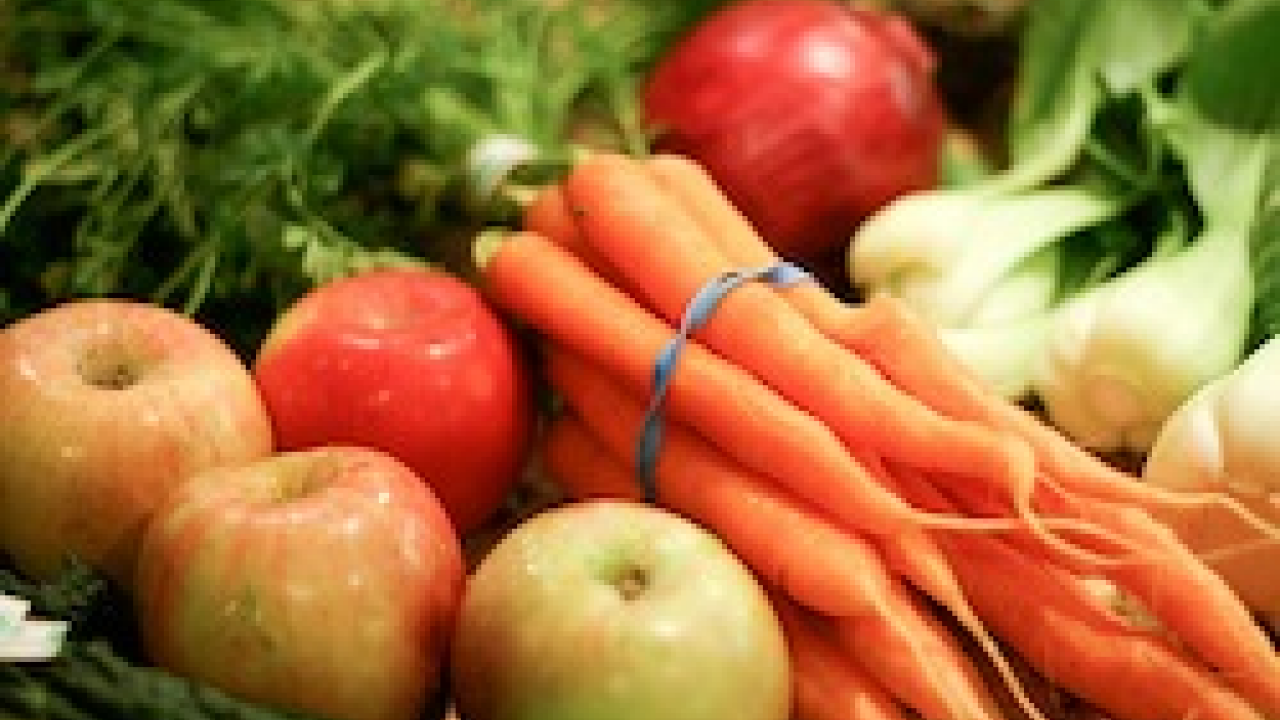 New school food standards proposed last week by the Obama administration could nearly double the amount of fruits and vegetables that more than 32 million kids eat every day.

If these standards come into force, they could set American children on a healthier eating track that could last a lifetime.  The proposed rule, issued by the U.S. Department of Agriculture under the newly-passed Healthy, Hunger-Free Kids Act of 2010, could also save billions of dollars in future health care costs.

Putting this plan into action seems like a no-brainer, but its expense, which USDA estimates at  almost $7 billion over five years, is a major stumbling block.   Nearly half of that cost would go to put more fresh produce on school breakfast and lunch menus.

As we see it, $7 billion is a bargain when you consider the price of doing nothing.

The high hidden costs of the status quo

A report by the Produce for Better Health Foundation calculates that diet-related medical costs of four serious illnesses -- diabetes, cancer, coronary heart disease and stroke -- amount to $38 billion a year. Obesity pushes the figure past the $100 billion mark.

There is substantial evidence that people whose diets are rich in fruits and vegetables are far less likely to suffer from these health problems.  Yet children eat shockingly little fresh produce. According to a 2009 study by scientists with the Centers for Disease Control and Prevention, just 1 percent of adolescents ate as many servings of fruit and vegetables as recommended by USDA dietary guidelines.

How can we pay for healthier school food?

The Healthy, Hunger-Free Kids Act has authorized increased federal spending of six cents per meal.  That would cover part of the nearly $7 billion price tag. But the USDA projects that the administration’s school food plan would cost 15 cents more per lunch and 51 cents more per breakfast, when you add up all food and labor costs.  Elementary school math tells us that we will still be short by about $6.5 billion over 5 years.

Schools can make up some of the difference by rearranging menus and increasing efficiency.  But at least half the $700 million needed annually to pay for additional fruits and vegetables should come out of the $5 billion USDA doles out yearly in direct payments to large and profitable farming operations that produce many of the commodities formulated into livestock feed and over-processed, nutrient-poor foods.

Congress will debate the wisdom of subsidies for the largest growers of corn, soybeans, cotton, wheat and rice as it considers the upcoming budget and the 2012 farm bill.  Advocates for a more rational food policy (like EWG) will press for shifting resources to encourage consumption of fruits and vegetables and level the farming field for producers of sustainably-grown healthy foods.

Finding the money in California

Let’s do the numbers for one state: California. Its schools -- which serve about 11 percent of school lunches nationwide -- would need roughly $150 million a year to meet the proposed standards.  Just buying more fruits and vegetables would cost about $75 million. That’s equal to the subsidies that went to 200 California farming operations, mostly producing cotton, dairy and rice.  Each collected an average of about $375,000 a year –- a jaw-dropping sum.

Tough budget times call for serious fat-trimming.  Why give scarce public funds to the state’s largest farm operators when a fraction of that subsidy money could improve our kids’ diets and help fruit and vegetable growers who provide jobs and $15 billion in annual economic value?

California’s upland cotton growers raked in  $139 million in subsidies in 2008, yet generated slightly more than $100 million in sales that same year.  No investor in her right mind would take that deal.  Why do taxpayers put up with this kind of lose-lose proposition?

The federal government can help schools in other ways.  For example, USDA should significantly increase procurement of fresh fruits and vegetables under the Section 32 program, established during the Depression to funnel cash to producers of commodities that did not qualify for agricultural subsidies -- fruits, nuts, vegetables, meat and seafood.  This program provides a little more than $1 billion a year for federal food purchases to be donated to school systems, day care centers and other nutrition services.

The 2002 and 2008 farm bills required USDA to spend at least $400 million of its Section 32 funding on fruit, vegetable and nuts.  Under President Obama’s direction, the department could buy even more produce -- and cut back on seafood and meat, particularly heavily processed, fatty items like chicken nuggets and fish sticks. The administration can do this without Congressional action.

The USDA should also improve the quality of fruits and vegetables purchased with Section 32 funds.  Obviously, the best way to persuade kids – and adults – to eat healthier is by offering greater choice and fresher food. Yet USDA’s Section 32 procurements are mostly frozen and canned vegetables and fruit. Soggy canned carrots just don’t compare to the fresh kind offered in salad bars that are beginning to sprout up in schools nationwide.

We’re hearing a lot about the need to cut, cut, cut.  Everyone agrees that wasteful spending must stop. But we must also make smarter investments—in programs like healthy school food that promise significant benefits and cost savings. Let’s not squander this opportunity or our children’s chances for a healthy start.