At the Gym: Foam Pits Filled with Fire Retardants 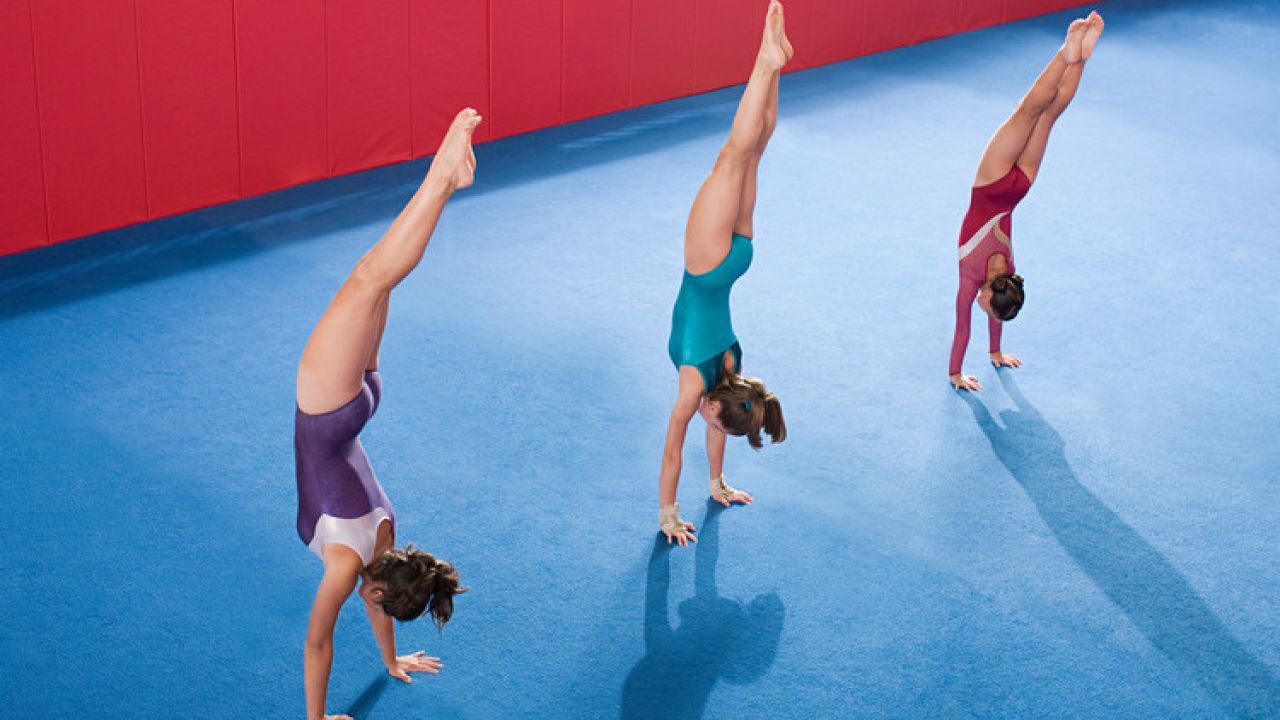 A landmark study led by Courtney Carignan of the Dartmouth Center for Children's Environmental Health and Disease Prevention Research has found that the blood of 11 female collegiate gymnasts ages 18 to 22 contained a potentially hazardous flame retardant known as PentaBDE in average concentrations 4 to 6.5 times higher than average for Americans.

The research team attributed the gymnasts’ extraordinary levels of PentaBDE to constant exposure to gym pads made of polyurethane foam treated with fire retardants.  Foam padding and furniture have been routinely infused with toxic fire retardants in large part because of outdated fire safety standards that have encouraged manufacturers to rely on chemicals instead of non-chemical ways to make foam products less flammable.

Carignan, once a competitive gymnast, began the research while studying for her doctorate in environmental health at the Boston University School of Public Health.  "I was particularly concerned about the loose foam pit because of the way gymnasts use it and because the 'pit dust' gets everywhere in the gym." she said.  The research team included other scientists from BU, Duke's Nicholas School of the Environment and the federal Centers for Disease Control and Prevention.  It was partly funded by the National Institute  of Environmental Health Sciences.

The study, published today in the journal Environmental Science and Technology, reported finding residues of three worrisome fire retardants– PentaBDE, chlorinated tris and Firemaster 550 – in the bodies of the 11 teens and young adults and also in air and gym dust.

Of particular significance was the elevated presence of PentaBDE in the bodies of the young gymnasts and in the dust of their gyms. Animal studies have found that the chemicals in PentaBDE can permanently alter brain development and behavior in laboratory studies. And once a person is exposed, these substances can linger in the body for years. EWG has measured these chemicals in breast milk and young children.  EWG helped collect foam samples for a study that found PentaBDE and other potentially harmful flame retardant chemicals in baby products. But the presence of fire retardants in gymnastics foam is itself a surprise, because gymnastics studios do not permit smoking or have candles or other potential sources of ignition.

Because of PentaBDE’s toxicity and persistence in the body, the European Union banned it in 2004, and the U.S. Environmental Protection Agency reached an agreement with U.S. manufacturers to stop making or importing it and related chemicals after January 1, 2005.   After PentaBDE was discontinued, makers of foam products turned to newer chemical fire retardants, mainly chlorinated tris and Firemaster 550.

The PentaBDE phase-out did not require the destruction of existing gym pads and other foam furniture.  The managers of the gyms where the athletes in the study practiced reported that the foam cubes lining the gym pits were 10 to 20 years old, purchased when PentaBDE was still legally sold.

The replacement of PentaBDE with chlorinated tris and Firemaster 550 did not solve the contamination problem. Both are associated with a disturbing list of health dangers. The study authors noted that foam landing pits are commonly found not only in training facilities for gymnasts but also those for ski and snowboarders, skateboarders, BMX riders and track and field athletes.   And, as we pointed out yesterday in a story about the new HBO documentary Toxic Hot Seat, firefighters – and the general public –  are at risk from fire retardant chemicals added to furniture and other consumer products as a result of deceptive chemical industry lobbying.

When Carignan began the study, she expected to find that the gymnasts' blood would contain more of  chemical called BDE-153, the most persistent component of PentaBDE, than Americans generally but less than workers in foam recycling plants and carpet installers.  She was surprised to discover that the gymnasts' measurements of this chemical were higher than those of the workers.

What can worried parents, coaches and athletes do?

Foam is highly flammable, but it is not clear that flame retardants are the answer. Strict control of ignition sources like matches, cigarettes and candles is necessary in any athletic building with foam pits.  Many gymnastic studios have sprinkler systems for fire control.  Gym operators can buy foam pit cubes and pads free of chemical additives for the same price or less than for chemical-infused foam.

Carignan has established the Gymnast Flame Retardant Collaborative, an online site where athletes, parents, coaches, scientists and medical personnel can investigate gymnasts' exposures to fire retardants and exchange information about non-chemical pads and other safety measures.  One simple precaution she recommends is that gymnasts wash their hands after practice.

Toxic fire retardants in gyms are a symptom of a much larger problem. In the 1970s, when PentaBDE and other chemicals in the family known as polybrominated diphenylethers, or PBDEs, were invented, Americans had little idea that kids would be at risk if they engaged in gymnastics and other sports, played on carpeting or put toys and hands into their mouths.  Scientists didn’t have the capacity to measure minute quantities of toxic chemicals in human blood or breast milk.  Now they can -- and they know that exposure to even small exposures to PBDEs can permanently alter brain development, disrupt hormone signaling and possible cause cancer.

Every day people are exposed to a laundry list of chemicals in food and water, household goods and clothing.  Among these chemicals are newer fire retardants that are replacing PBDEs. These chemicals are subject to a weak regulatory process created under the outdated and ineffective 1976 Toxic Substances Control Act.  This law:

How do we fix this?

Fixing the problem requires an overhaul of the law to require that the EPA thoroughly assess the safety of industrial chemicals.

The Chemical Safety Improvement Act, recently introduced in Congress to update the existing law, would not do the job.  It is backed by the chemical industry and offers little protection to many of those who are exposed to toxic chemicals: workers, people living near manufacturing plants and, as the Boston study underscored, young gymnasts tumbling into chemical-laced foam pits.

Americans need a system that protects everyone. If Congress doesn’t fix the law, the story of the gymnasts will be repeated with the next chemical and the one after that.  Discovering toxic chemical exposures only after people are widely exposed to possibly dangerous substances can become a tragic legacy.

As important, the nation’s fire safety laws must be reformed to encourage manufacturers to address fire risks without the use of toxic fire retardants.

[Editor's note:  this article has been updated with new information.]