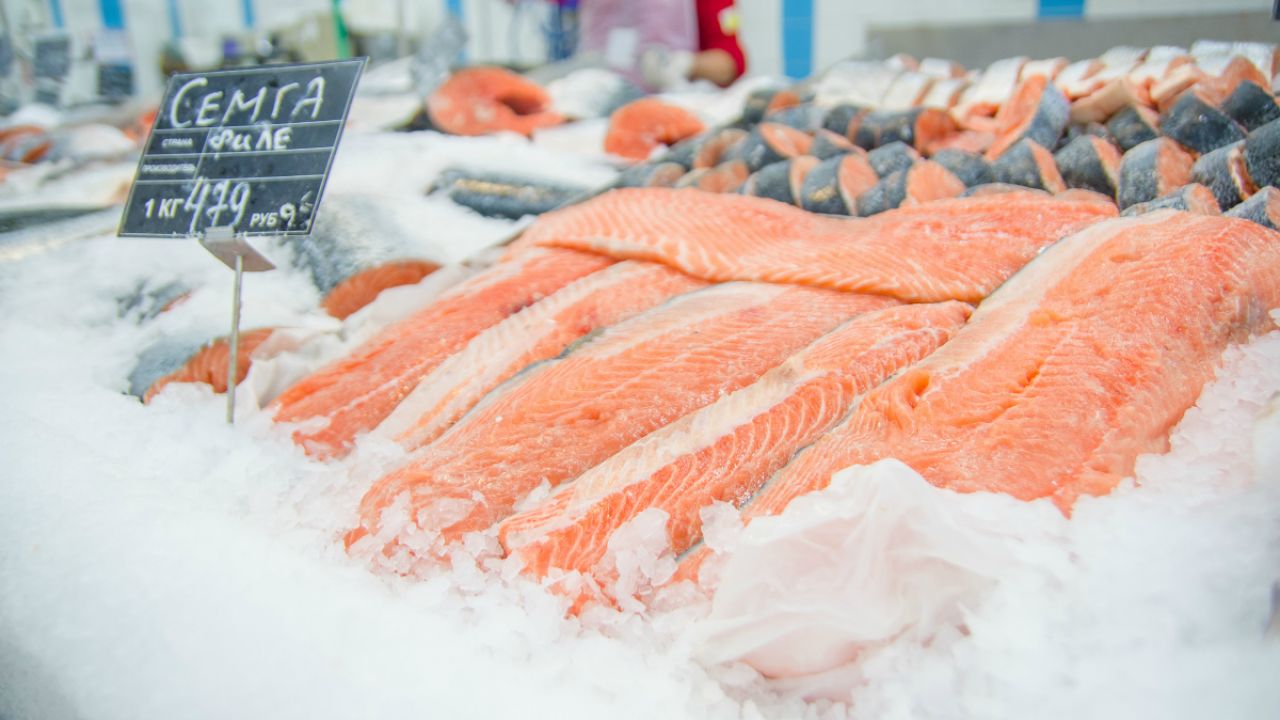 The salmon is not likely to show up in stores for another two years, but when it does, the FDA action today also means consumers will have no way of knowing whether the fish they’re buying was genetically engineered.

In a news release, the FDA declared that the Massachusetts-based biotech firm AquaBounty Technologies had met the requirements for approval and that the fish is safe to eat. But that won’t end the ongoing debate in the environmental community about the effects that the fish could have on the environment if they escaped from the tanks where the company plans to raise them.

The salmon was modified with genes from one fish species to produce extra growth hormone and an “antifreeze” gene from another. The modifications result in a fish that grows larger and twice as fast as non-engineered salmon.

Although the GMO salmon won’t be raised in the United States – the hatchery facilities will be in Canada and Panama – several scientists have expressed concern about what would happen if the salmon escaped into nearby rivers or streams. Because they grow faster, the engineered salmon could become an invasive species that harms wild salmon populations. One recent scientific review found several physical and behavioral differences between the engineered salmon and wild salmon. The review found that GMO salmon eat more food, don’t form groups like their wild counterparts, and have weaker immune function.

The company has said that once the fish goes on sale, it is likely to be labeled just “Atlantic salmon,” with no indication that it was genetically engineered.

I don’t know about you, but I want to know if the fish I’m eating was modified to grow twice as fast as wild salmon.

The FDA’s decision today is one more reason that we need a national, mandatory disclosure for GMOs. It’s time we have the right to know what’s in our food and how it affects the environment. Let Congress know that you support GMO labeling.