France will soon become the first nation anywhere to require merchants to inform consumers of the radiation levels of cell phones at the point of sale.

The new French cell phone statute, part of a sweeping legislative package called the National Engagement for the Environment, was approved by the French parliament July 12, 2010 and is set to take effect in April 2011.

France's statute requires merchants to display SAR numbers in legible French to give consumers easy access to radiation information for different models (see example, below). It will allow cell phone shoppers looking for a low-SAR model to make on-the-spot comparisons in stores, instead of having to research various models on the Internet, with tools such as Environmental Working Group's cell phone shopping guide.

The French law also requires that all cell phones be sold with a headset, bans cell phone ads aimed at children and adolescents younger than 14 and bars the sale of phones specifically made for kids younger than 6.

Caution and More Research Recommended Health agencies around the world agree that more research is needed to clarify the potential for health hazards associated with cell phone radiation exposure. Yet because recent studies suggest a link between head and neck tumors and long-term cell phone use, the Swiss, German and British governments all recommend that cell phone users buy low-radiation phones. These and other governments advise other precautionary steps as well, such as wearing headsets and texting instead of talking. [Read EWG's tips on reducing cell phone radiation exposure.] The US Cell Phone Industry Opposes Posting SAR Values The U.S. cell phone industry adamantly opposes posting SAR values on the grounds that displaying the numbers creates "the false impression ... that some phones are 'safer' than others based on their radiofrequency (RF) emissions."

By contrast, the French telecommunications industry, represented by the Association FranÃ§aise des OpÃ©rateurs Mobiles (AFOM), has begun publishing phones' SAR values in its journals and brochures and on its website.

The French industry website even advises consumers to "choose a low-SAR phone model so as to reduce the overall exposure to radiofrequency radiation." It also urges headsets and limited use of cell phones by children.

In response to concerns from Swiss regulators and Swiss consumer protection groups about cell phone radiation, many manufacturers and cell phone retail shops in Switzerland opted to post SAR values voluntarily either on their devices' labels or on posters in stores (see example, above right).

Good News: U.S. City Requires Point-of-Sale SAR Values In the U.S., the city of San Francisco this year became the first municipality to require disclosure of cell phone radiation levels at the point of sale. Lawmakers in Berkeley and Burlingame, Calif., and in Philadelphia are exploring similar right-to-know ordinances.

Resources about the French Law: 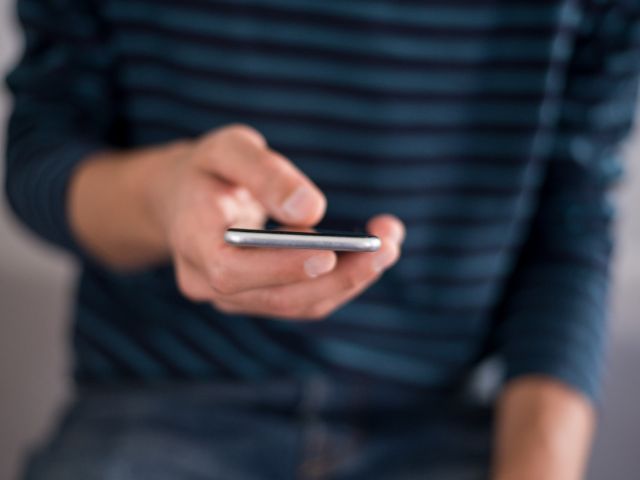 February 2, 2022
Cell phone use – and exposure to radiofrequency radiation – can harm male fertility, according to a new study.

November 19, 2021
If you’re traveling with kids this holiday season, chances are they’ll use some type of wireless device for entertainment for at least part of the trip.
All News
Back to Top