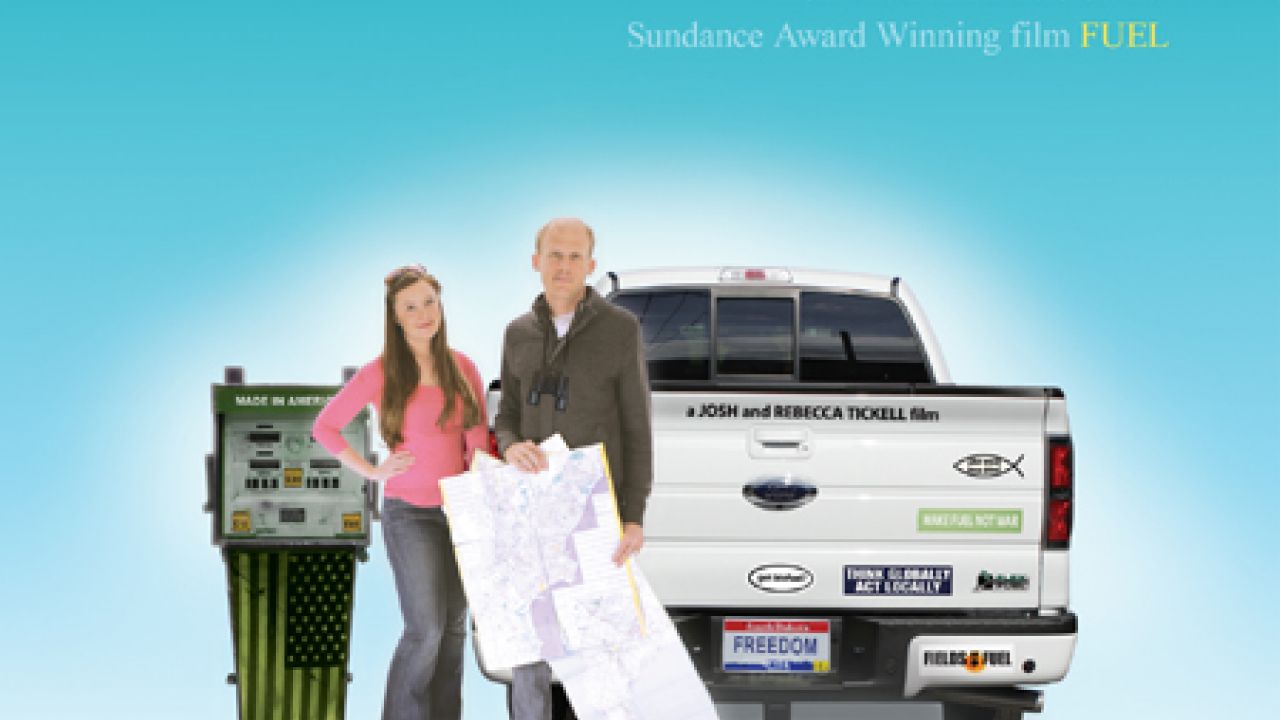 The new film “Freedom” is an industry bought-and-paid-for infomercial for environmentally destructive corn ethanol, masquerading as a pseudo-documentary on the nation’s oil addiction.

Josh Tickell won the Sundance audience prize award for his 2009 film “Fuel.” Sadly, his newest documentary, “Freedom” – which has its Washington DC premiere tonight (Oct 26) – obliterates whatever credibility he has as an independent filmmaker. He resorts to a manipulative bait-and-switch story line that has environmentalists, government officials and celebrities like Jason Mraz and Amy Smart talking about how bad oil is while trotting out speakers with direct financial connection to the corn ethanol industry to promote this environmentally destructive fuel.

The only thing useful to be gleaned from “Freedom” is that oil production and consumption are not only bad for our planet and our health but also have an unfair stranglehold on our energy supply. If you didn’t know that already, your $20 fee to buy the DVD would be well spent. If you did, you’re paying for a feature-length advertisement for ethanol.

What’s wrong with corn ethanol? It’s a long list, one that includes its heavy environmental toll, a near-monopoly on government support for what it classifies as renewable energy, and the reality that it will never be a viable alternative to gasoline. And I didn’t even charge you twenty bucks. The corn lobby itself, not to mention a National Academies of science report, have recently thrown cold water on the fond hope that our current ethanol-centered policy will lead to truly sustainable advanced biofuels.

But the ethanol industry is a notorious factory of myths and misrepresentations, and Tickell’s film fits snugly into its marketing. Here’s a rundown of “Freedom’s” distortions and glaring conflicts of interest:

The Gulf of Mexico Dead Zone

This sin of omission is particularly galling. Tickell’s polemic against oil is cast against the backdrop of last year’s Deep Horizon blowout that fouled the Gulf of Mexico. He touches on his own upbringing in the area, describes how the region’s petroleum industry has been a threat to human health and interviews local journalists and activists about the blowout’s devastation. Their accounts are truly horrifying.

But Tickell makes not one mention of the Gulf Dead Zone. According to the U.S. Geological Survey, the leading cause of hypoxia – lack of oxygen – that is wiping out marine life in the Gulf has nothing to do with oil. It’s fertilizer runoff from corn and soybean crops that causes the Dead Zone to swell to the size of New Jersey every summer, seriously damaging the ecosystem as well as the fisheries economy. Corn and soy are the main feed stocks for ethanol and biodiesel.

Tickell quotes columnist Bob Marshall of the New Orleans Times-Picayune on the oil spill but ignores Marshall’s extensive writings on the perils of corn ethanol, such as this:

By now most sportsmen are acquainted with the growing list of unexpected environmental penalties the nation (and world) is paying for the misguided rush to ethanol mandates. Wildlife acres converted to corn, water tables drained or polluted, heavier loads of fertilizers adding to dead zones, carbon footprints increasing, food prices soaring – just to name a few.

Similarly, he films Oceana’s Whit Sheard and Marylee Orr of the Louisiana Environmental Action Network on the blowout, but fails to note that both link the Gulf Dead Zone to corn production. I would bet dollars to donuts that Marshall, Sheard and Orr had no inkling they were starring in a promotional film for corn ethanol.

Freedom is funded by the ethanol industry

“Freedom” is industry funded. That really should be the end of this review, but Tickell and company provide a target-rich environment by featuring former NATO Commander Wesley Clark – a board member of the ethanol lobby group Growth Energy – and three others of Growth Energy’s nine board members. Former House Speaker Newt Gingrich is also in the film talking about the benefits of ethanol – he was paid more than $300,000 in consulting fees by Growth Energy. See a pattern here?

The filmmakers traveled to South Dakota to interview a farmer whose wife describes him as a “true environmentalist.” What the filmmakers don’t mention is that South Dakota farmer David Gillen is no small operator. He has received over $723,000 in federal farm subsidy payments over the last 16 years, and last year alone he raked in $104,000. He is also on the board of the South Dakota Corn Utilization Council and a former president of the South Dakota Corn Growers Association, which has ties to agribusiness giants Monsanto and Syngenta. Gillen has also donated money to the Political Action Committee for POET LLC, the self-described “world’s largest ethanol producer.”

The list goes on. Bernie Punt is showcased speaking about farmer-owned cooperatives as a benefit of ethanol production, but the filmmakers never acknowledges that he is a former director the Iowa Renewable Fuels Association, chairman of the National Ethanol Vehicle Coalition and a board member of Growth Energy.

Jack Kibbie goes on camera to trumpet the rural development benefits of corn ethanol. It turns out that Mr. Kibbie is also a farm subsidy recipient, his two sons deliver corn stover to a POET ethanol facility and he sells corn to it as well. As President of the Iowa Senate, he has sponsored pro-ethanol legislation.

This is an “independent film?”

But hey, NASCAR is using it:

We’ve written extensively about how NASCAR is using ethanol to greenwash its image as a gas-guzzling polluter. “Freedom” features “stock car driver/environmentalist” Leilani Munter saying, “We can’t keep living on this planet they way we’ve been living on it.” NASCAR is using the fuel called E15 (15 percent ethanol, 85 percent gasoline) and spouts numerous fallacies, claiming that E15 has lower emissions, has no mileage impact and will not damage engines. All of these points have been scientifically refuted, most recently when the National Renewable Energy Laboratory reported that marine engines fueled with E15 could fail and strand boaters.

Glaring inaccuracies are plastered throughout the film. We’ll highlight a few.

First, Todd Becker, a Growth Energy board member, discusses a graph of ethanol subsidies and farm subsidies, saying, “We have eliminated $15-$20 billion of direct payments. For the U.S. taxpayer, it is a huge positive.” It’s simply not true. Direct payments have remained fixed and automatic. Yes, some price support programs have declined as commodity prices remain high due in part to ethanol mandates. Those high prices have also contributed to a bigger taxpayer burden in subsidizing insurance for higher valued crops.

Secondly, the film claims that ethanol does not compete with the food supply since humans only eat sweet corn, not the yellow corn used to make fuel. The truth is that corn ethanol recently surpassed livestock as the largest consumer of U.S. corn. Corn growers brag that corn is made into everything from cereal to peanut butter to soft drinks. Recent studies have tied biofuels, particularly corn ethanol, to higher food prices not only in the U.S. but also around the world. And to come close to replacing gasoline with ethanol, the U.S. would have to produce four times the current corn crop and direct every bushel to ethanol production.

Imagine the toll on our environment.

The film also claims that “petroleum subsidies are 20 times more per gallon than ethanol incentives.” But even at the upper end estimate of oil subsidies of $10 billion a year, the U.S. subsidizes petroleum at about seven cents a gallon, while ethanol gets six times as much – 45 cents per gallon.

We at EWG think both oil and ethanol subsidies need to be eliminated.

It didn’t take EWG long at all.