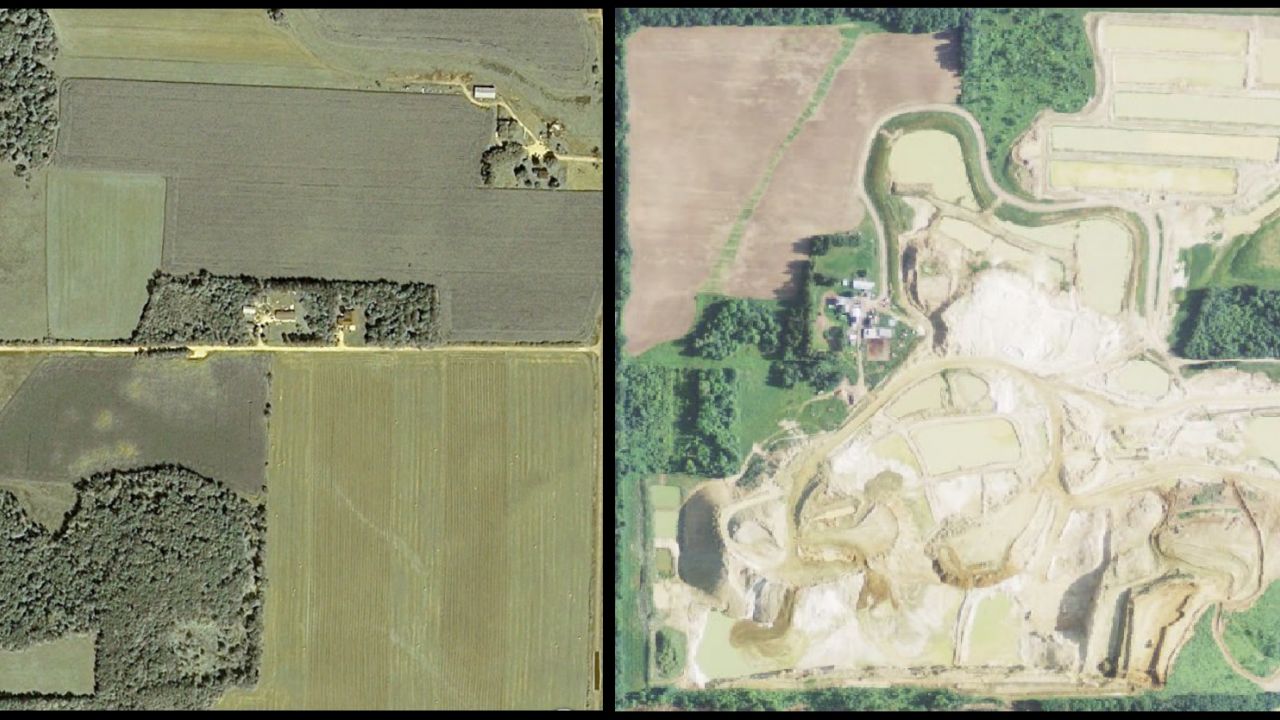 The boom in hydraulic fracking to extract natural gas and oil has created a huge demand for silica sand.

Companies that drill using hydraulic fracturing and horizontal drilling technology mix the sand with water and chemicals and inject it into deep underground to shatter rock formations and release trapped gas or oil.

The explosive growth of drilling activity has led to a dramatic expansion of sand mining in southwestern Wisconsin, southeastern Minnesota and potentially parts of northeast Iowa, where large silica sand deposits lie close to surface. The region, known as the Driftless Area, is celebrated for its scenic vistas of exposed limestone bluffs.

With the explosion in drilling activity, prospectors have been rushing to score big by establishing mining, processing and/or distribution facilities all over the three states, while municipalities, counties and state governments scramble to understand and cope with the consequences.

The Environmental Working Group and the Civil Society Institute recently (Sept. 25) captured headlines with a pair of reports highlighting concerns over frac sand mining’s impact on air quality, water use and overall welfare. The reports, which called for more study and oversight of the environmental and health effects, focused a national spotlight on the issue and pushed policy makers, regulators and the public to take a step back to reconsider the impact of frac sand mining in their backyards.

Do you live near a frac sand mine in the three-state area? Find out for yourself with this new interactive map highlighting the extent of frac sand mining operations throughout the area.

Users can zoom in and out and click on specific locations of frac sand mining operations to see before-and-after aerial photos, the type of facility and the owners’ names, along with other data. For some working mines users can also zoom in to identify areas of potential concern at 750 and 1,500 meters from the site. The map highlights the number of people who live within these “zones of concern” as well as public land and waterways.