Ending Hunger: The Problem is Poverty 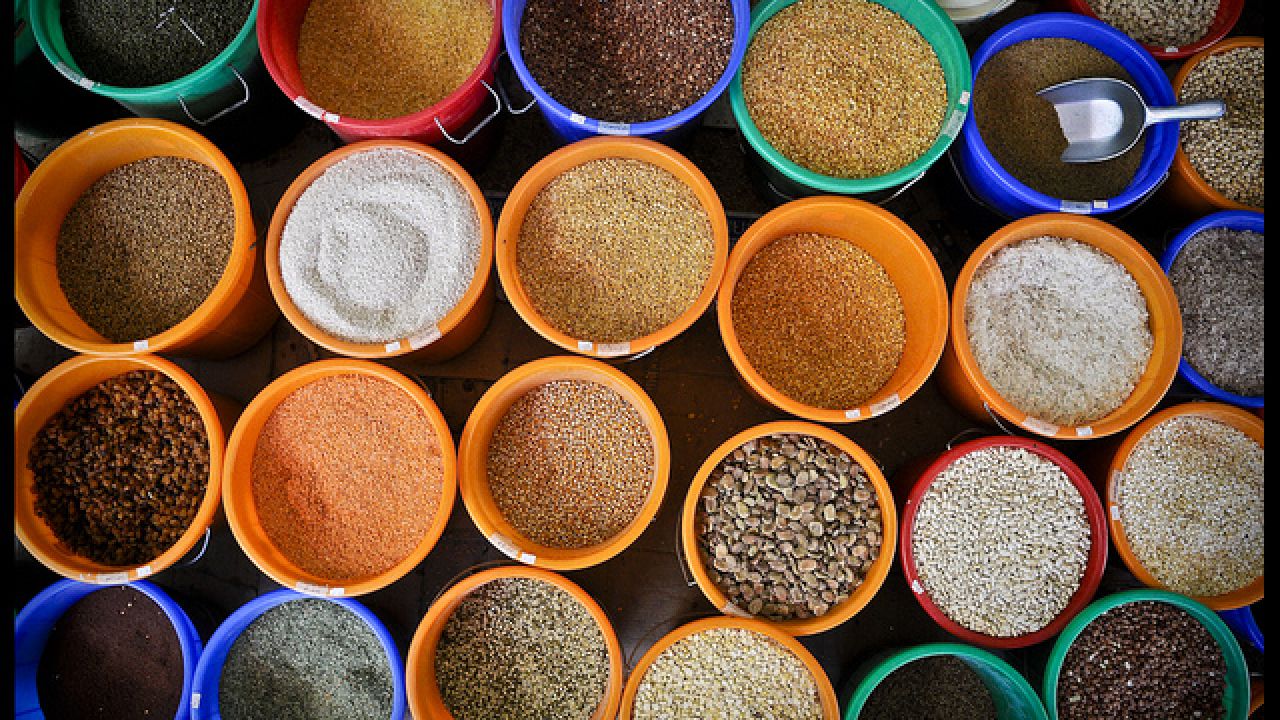 Type that phrase into Google and you’ll get nearly 36 million results in less than half a second.

Websites and news articles alike trumpet the message that America’s farmers are feeding the world.

Some of the most prominent agriculture leaders are quick to agree.

House Agriculture Committee Chairman Frank Lucas (R-Okla.) said at a 2011 hearing, “There will be nine billion people on this planet by the year 2050. We will need to double production… in order to feed all of them.”

And Sen. Pat Roberts (R-Kan.) said in 2012, “Farmers and ranchers in my state truly help feed a troubled and hungry world.”

The American Farm Bureau Federation, DuPont and Pioneer – all proponents of big agriculture – have even supported development of a website for children that proudly proclaims, “Farmers feed the world.”

According to USDA, of the ten largest American corn harvests on record, nine have occurred within the past ten years.  The 2014 corn harvest is expected to produce more than 14.39 billion bushels of corn, shattering the previous record set in 2013.

Despite this record production, the New York Times had this to say in September:

“More than 800 million people worldwide do not get enough to eat, even as the world produces more than twice as much food as it needs, according to new figures released Tuesday by the United Nations…

“Feeding the world is no longer a question of growing more food. The Food and Agriculture Organization, one of the three agencies that produced the report, says the world produces twice the amount of food that the population needs. The problem is poverty.”

Fortunately, the solution to actually eliminating hunger is right in front of our faces.

Yesterday, an article on the Grist website made the point that instead of growing more food,  “…we need good technology to help small farmers get out of poverty… This technology can take the form of agronomic practices, or it can arrive as high-tech, high-yielding seeds. Often it’s both, working hand in hand.”

As an example, the recent U.N. report noted that Latin America and the Caribbean have significantly reduced hunger in the last decade.

According to the report, “government-led efforts combining support for production with social protection have been supported by much wider commitment: societies have decided to end hunger; parliaments are taking responsibility, and national efforts have been pushed forward by the strong commitment of the region…”

Unfortunately, this might be a difficult proposition for the U.S. Congress.

During the debate on the 2014 farm bill, members of Congress who like to claim that American farmers “feed the world” often called, in just about the same breath, for massive cuts to the single most important domestic hunger program.

EWG opposed those cuts but strongly supported common-sense reforms that would have saved billions of dollars by limiting lavish government subsidies for wealthy growers.

For instance, a proposal to reduce crop insurance premium subsidies for farmers with adjusted gross income above $750,000 a year would have saved taxpayers $982 million over 10 years, according to the Congressional Budget Office.

That money could have been used to fend off hunger at home and abroad.

If we’re going to succeed in feeding the world, it will be because we educate and train farmers in countries with persistent hunger and develop innovative and strategic ways to lift people out of poverty so they can buy their own food.