Drilling Rigs: Not So Pretty In Pink 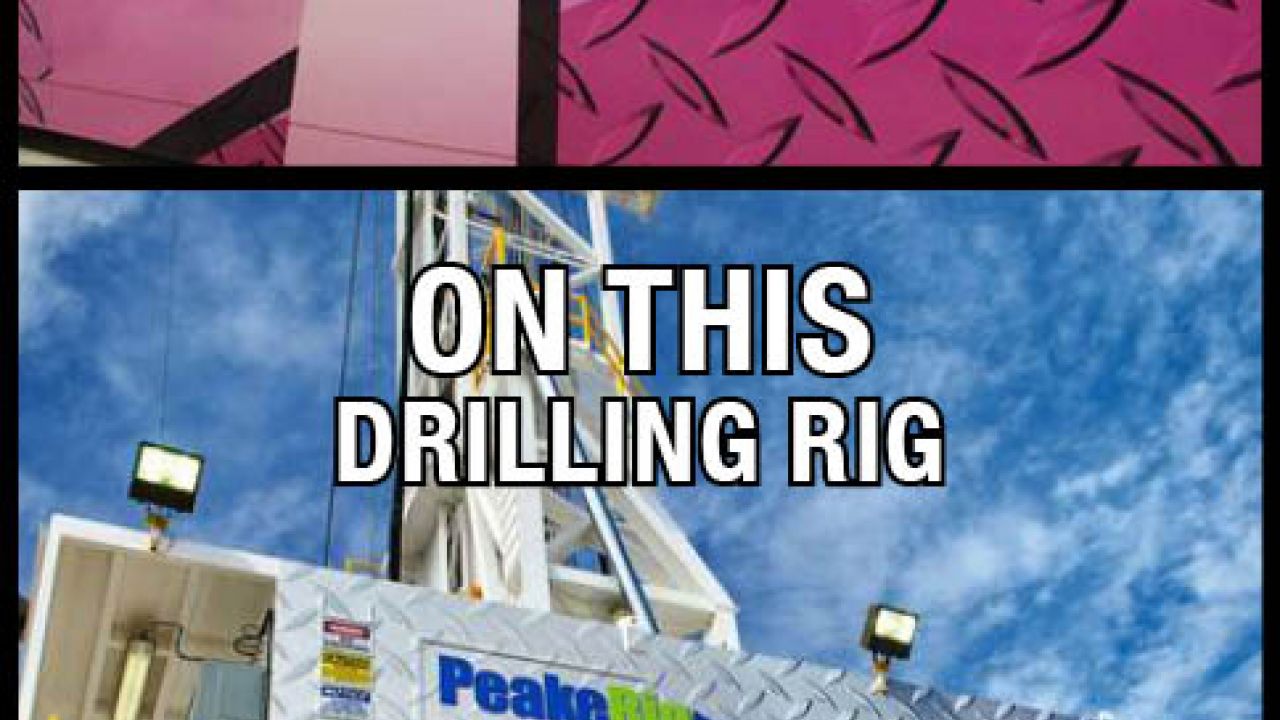 I almost spilled my coffee the day I clicked the link in my morning email to an article in the Norman, Okla. newspaper headlined, "Drilling rig to raise awareness of breast cancer."

I knew a famous breast cancer charity had taken a hit in the media for promoting pink buckets of fried chicken to support a cure for breast cancer. So I asked myself, "Can they be serious about a pink drilling rig?"

Indeed, they are. The Oct. 26 article reported that Nomac Drilling, an affiliate at Chesapeake Energy Corp., "is going pink" and that its "newest drilling rig will sport a pink ribbon to support breast cancer awareness." The article continued, "Even rigs can rally for a cure."

A pro-drilling website went further in describing the bright pink cover of the rig's "doghouse," the steel shack housing the rig's controls. "The design is a mash up of the feminine-colored awareness ribbon and the male-dominated industry putting it on display."

Why shouldn't oil workers acknowledge friends and family with breast cancer? They should, of course. But the oil and gas industry doesn't deserve to bask in the positive glow of what our allies at Breast Cancer Action call "pinkwashing.

Across the country, the drilling industry has been vastly expanding the use of hydraulic fracturing, or "fracking," to extract previously inaccessible gas and oil locked in rock formations deep underground. And fracking is an ultra-hazardous technology that takes a significant toll on the environment. The fracking process injects up to millions of gallons of water laced with toxic chemicals underground, fracturing the rock and allowing gas and oil to escape. Contaminated water comes back up that is often full of carcinogens including radium and benzene.  In some jurisdictions, the wastewater is left in unlined pits or injected back into the ground - a practice that has been linked to earthquakes around the country and has also caused groundwater contamination. Several chemicals known to be used in fracking fluid have been linked to breast cancer, including toluene and benzene.  It is impossible to find out what chemicals may be used to frack any particular well because this information is often not disclosed, and even when it is, many of the fracking chemicals are considered "trade secrets" and remain hidden from public view.

The oil and gas industry enjoys exemptions from the major federal environmental laws that protect our land, water and air, including the Clean Air Act, the Clean Water Act and the Safe Drinking Water Act. These exemptions are especially alarming given the 2009 conclusions of the President's Cancer Panel that the "true burden of environmentally induced cancer has been grossly underestimated. With nearly 80,000 chemicals on the market in the United States, many of which are used by millions of Americans in their daily lives and are un- or under-studied and largely unregulated, exposure to potential environmental carcinogens is widespread."

Breast cancer is a big deal. One out of eight women will be diagnosed with breast cancer during her lifetime. There's not a single person I know whose life hasn't been touched by breast cancer.

So before we get comfortable with little pink drilling rigs for you and me, let's make sure that the industries that benefit from the pink glow of supporting worthwhile charities aren't contributing to the problem on the front end. It's time for us to take a hard look at the environmental links to breast cancer and cancer in general. We need funding for breast cancer research, we need to understand the role that environmental toxins play in breast cancer and we need action to develop safe chemicals. And it's time to stand up against silly cause marketing schemes like this.

EWG stands today with Breast Cancer Action to urge Chesapeake Energy CEO Aubrey McClendon to commit his company and all of its subsidiaries to stop using chemicals that are linked to cancer, including increased risk of breast cancer.

May 26, 2022
The California Assembly today advanced Assembly Bill 2247, a measure to collect and report on the products and substances sold in and brought into California that contain the toxic “forever chemicals”...
All News
Back to Top