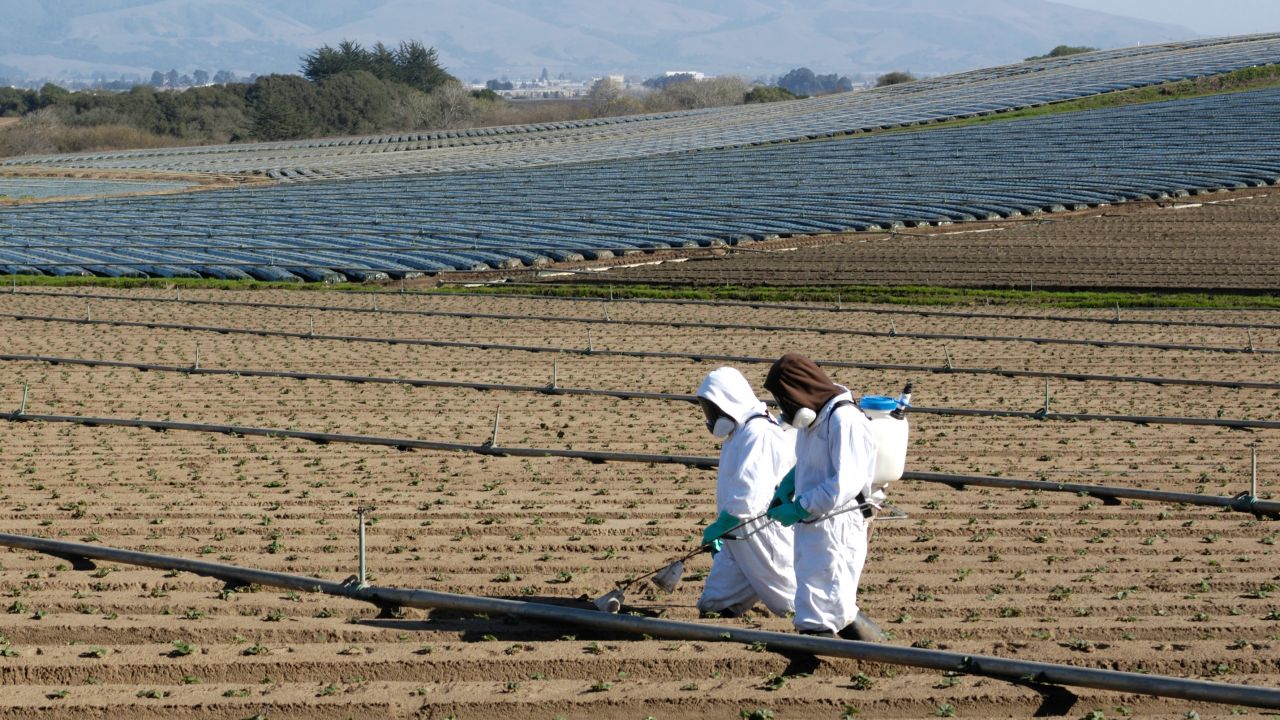 The Environmental Working Group joined a number of other environmental and consumer rights organizations yesterday to ask the U.S. Environmental Protection Agency to stop the rollout of Dow AgroSciences’ new weed killer Enlist DuoTM – a combination of glyphosate and 2,4-D. The groups’ action followed an announcement by the International Agency for Cancer Research, a branch of the World Health Organization, that it considered glyphosate to be “probably carcinogenic to humans.”

Glyphosate, the world’s most widely used herbicide, is the main ingredient in Monsanto’s weed killer Roundup®. Largely due to the increase of crops genetically engineered to withstand Roundup, glyphosate use in agriculture has skyrocketed in recent years.

Not surprisingly, the crop chemical has made its way out of corn and soybean fields, placing an untold number of Americans at risk of exposure.  “The U.S. Geological Survey has detected [glyphosate] in rain, streams and air in areas where it is heavily used,” the groups said in a letter. “…The chemical also likely contaminates rivers, lakes and reservoirs that serve as drinking water sources for millions of Americans.”

The American people, not Monsanto, are the ones who should be outraged. The company promised that its GMO seeds would require less weed killer than conventional crops, yet it’s now an indisputable fact that this experiment has actually required far more toxic crop chemicals.

A 2012 study estimated that 527 million pounds in additional herbicides – primarily glyphosate – have been sprayed on corn, soybean and cotton fields in the U.S. between 1996 and 2011.

President Obama pledged in 2007 to give folks the right to know what’s in their food and how it is grown. But some members of Congress are fighting to deny consumers that right. They’ve introduced legislation, dubbed the Deny Americans the Right to Know (DARK) Act by opponents, that would block state GMO labeling laws and restrict FDA’s ability to require national GMO labeling.

“Consumers have the right to know how their food is grown and whether their food dollars are driving up the use of a probable carcinogen,” said Ken Cook, president and co-founder of EWG.