Global differences in cancer rates are partially explained by genetics. But, moreover, they reflect differences in lifestyles and environmental exposures around the world - whether it's viral infections causing cervical cancer or high rates of lung cancer in countries where smoking is prevalent. 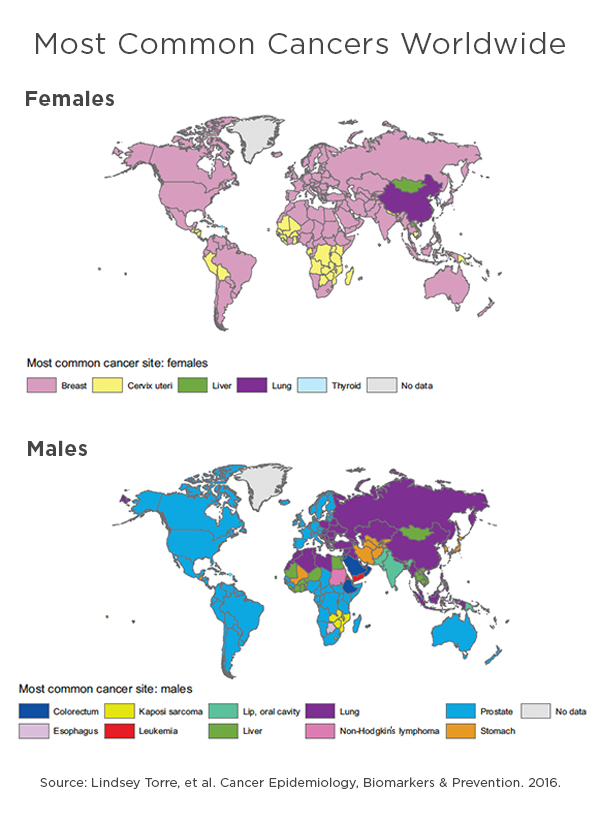 If we look at the global patterns of cancer rates we can see the intimate connection between the environment and our health. These maps - adapted from a paper by Lindsey Torre and colleagues, which was published in the January edition of Cancer Epidemiology, Biomarkers and Prevention - show the most commonly diagnosed cancers in every nation. Investigating regional and country-specific differences in diet, lifestyle and toxic exposures can help us understand the patterns.

The causes of cancer are many and complex. But looking at global patterns underscores the important role our environment and lifestyles play in both cancer development and prevention.