Antiperspirants and Breast Cancer: Is There a Link? 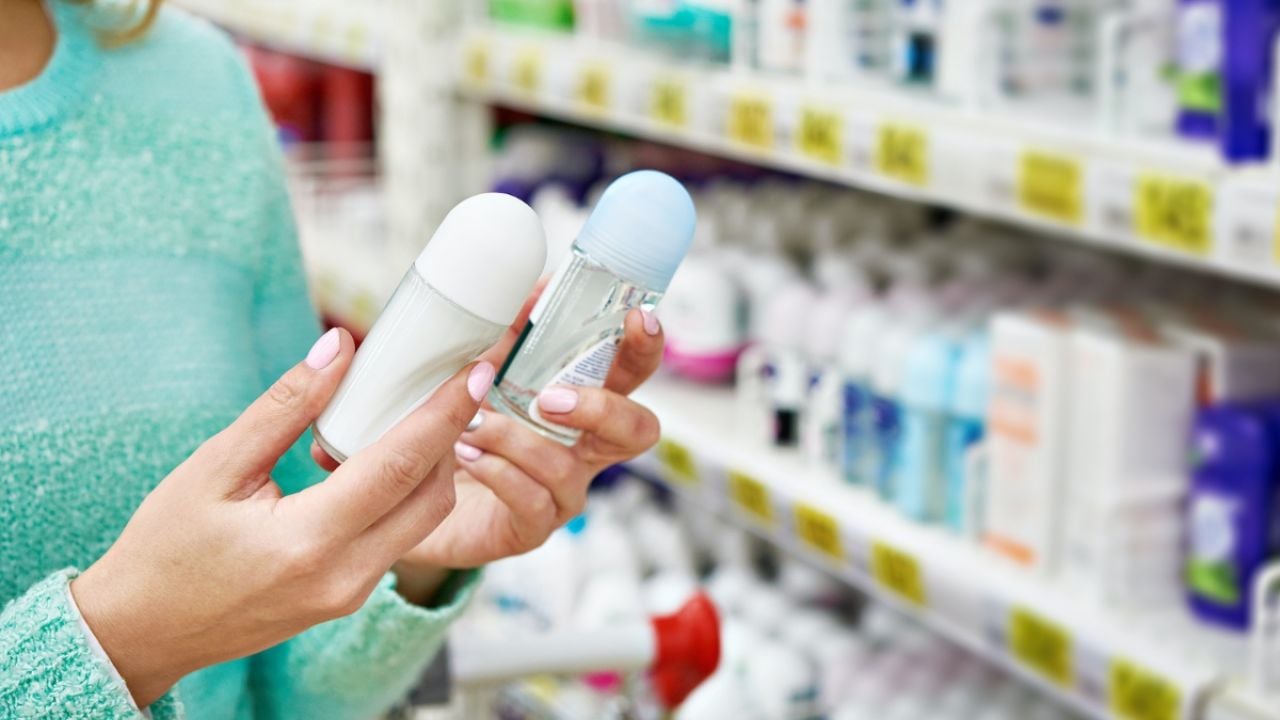 Recent years have seen an increase in the number of aluminum-free antiperspirants and deodorants on the market. The trend has been led by smaller, boutique brands marketed as “natural,” such as Here + Now, Justin Bieber’s new “gender-neutral” deodorant from Schmidt’s Naturals. But even Dove, one of the longest-established and biggest-selling deodorant brands in the world, launched its 0% Aluminum label this year.

This market shift is driven in part by a hotly disputed link between aluminum-based antiperspirants and breast cancer. Medical experts initially dismissed that link almost 20 years ago due to a lack of scientific studies. Several studies have been done since then, but there is still no scientific consensus. From EWG scientists, here’s a summary of the current state of the science.

There are many ways that humans can be exposed to aluminum. Human studies have commonly focused on ingestion and inhalation, often in occupational settings, but aluminum can also be absorbed through the skin, especially skin damaged by shaving, and may accumulate in the body over time as a result of this type of exposure. This is potentially relevant for breast cancer because antiperspirants, which usually contain aluminum to prevent sweating, are applied to skin, near the breast.

The health effects of aluminum have been extensively investigated, with particular focus on neurological diseases, among others. Aluminum came under investigation as a possible carcinogen because it can damage DNA and prevent DNA repair, which are well-known mechanisms of carcinogenesis (the formation of cancer). This led to the hypothesis that aluminum in antiperspirants could penetrate the skin, accumulate in the breast and cause tumor formation by damaging DNA.

A recent study in mice reported evidence supporting this hypothesis. Mouse breast cells treated with aluminum chloride, at concentrations that have been detected in human breast tissue, formed large metastatic tumors when implanted back into mice. Judging from this study, it seems plausible that aluminum-based antiperspirants could cause breast cancer. But epidemiological studies are needed to determine whether it happens in humans in the real world.

Unfortunately, the human evidence provides little clarity. Early epidemiological studies – each using different study designs and analytical approaches with unique limitations – reported mixed results. Based in part on assessment of these early studies, reviews in 2008 and 2014 concluded there was no evidence that aluminum-based antiperspirants caused breast cancer in humans. However, these conclusions may have been premature.

Ultimately, we need more studies to reach a consensus. In the meantime, EWG will continue to look out for new research on the issue.

If you want to use extra precaution while waiting for a consensus, aluminum-free antiperspirants and deodorants are widely available. To find safer antiperspirants or aluminum-free deodorants, consult our Skin Deep® cosmetics database, a free online resource that rates more than 70,000 personal care products based on the hazards associated with their ingredients.