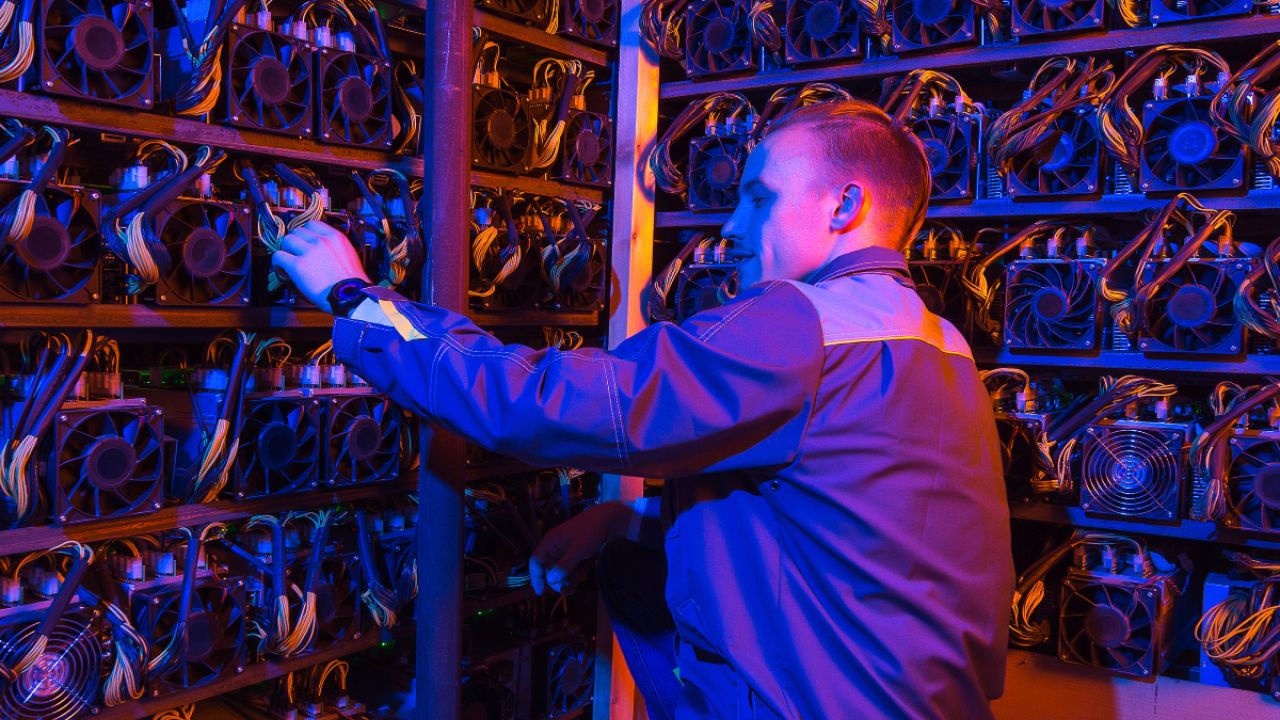 It’s no secret that climate change is here now, and extreme weather events are more frequent. And every day, serious problems from the crisis become more apparent.

Climate change affects almost every aspect of our life. EWG is talking about cryptocurrency because how the industry generates new cryptocurrency and validates those transactions can significantly contribute to carbon emissions,

By now, most people have heard of cryptocurrency, digital currencies that do not depend on centralized financial institutions like banks. Instead, cryptocurrency transactions are recorded on a “blockchain,” which is a public digital ledger of “blocks” of data. This information is validated and preserved by ordinary people who volunteer to maintain it.

How is cryptocurrency acquired?

Proof of work is a consensus mechanism that has been used primarily by bitcoin and ethereum since they were created. The “work” in proof of work comes from using powerful computers to solve complex puzzles to validate transactions. Once puzzles are solved and transactions are validated, new cryptocurrency ledgers are added to the blockchain and the owner of the “winning” ledger is rewarded in cryptocurrency coins or tokens.

Why do some forms of cryptocurrency use more electricity?

Do cryptocurrencies that use proof of work use more electricity?

Although electricity use can be difficult to measure, experts at the University of Cambridge estimate that bitcoin mining consumes 137.2 terawatt hours per year – more electricity than is used by countries like Sweden, or than Americans use to power our lights and televisions.

Will electricity use from cryptocurrencies that use proof of work increase?

Yes. The bitcoin protocol is designed to allow a new block to be mined every 10 minutes. As the computing power increases, the bitcoin protocol automatically adjusts to make the puzzle more difficult to solve. As the price of cryptocurrencies like bitcoin rise, the incentive also increases to invest in more and more powerful – and electricity intensive – computers. Last year, the estimated annual electricity use of the bitcoin network, for example, grew from 77.78 terrawatt hours to more than 200, according to one estimate.

Are cryptocurrencies that use proof of work worse for the climate?

Yes. Although miners use a variety of power sources to provide electricity for their computers, experts estimate that mining for cryptocurrencies like Bitcoin results in far more greenhouse emissions. The recent White House Office of Science and Technology Policy report found that crypto assets represent 0.9 percent to 1.7 percent of U.S. electricity use, which is comparable to all home computers or all residential lighting in the U.S. The report also found that, depending on the energy intensity of the technology and the sources of electricity used, the rapid growth of crypto assets could potentially hinder broader efforts to achieve U.S. climate commitments to reach net zero carbon pollution. In 2021, the carbon dioxide emissions from mining ethereum and bitcoin equaled the tailpipe emissions of more than 15 million gas-powered cars.

Why isn’t EWG focusing on the electricity used by other industries?

Every industry can reduce its electricity use, including the financial sector. A recent study found that U.S. industries could realize more than $1 trillion in electricity savings through efforts to improve energy efficiency. What makes cryptocurrencies that rely on proof of work different is inherent demand for increasing computing power – and electricity use – to solve increasingly complex puzzles. As other industries become more energy efficient, cryptocurrencies like bitcoin will use more and more electricity.

Yes. One company acquired two coal-fired power plants in Pennsylvania to generate more than 150 megawatts to support mining operations. Another company converted a coal plant in New York to natural gas to power mining operations. Emissions spiked after miners set up an operation in Montana.

Yes. In some communities, the presence of mining operations has strained electricity supplies, increasing rates. Crypto mining in one New York community used 20 percent of their electricity, increasing electricity prices. One study estimates that mining has already increased U.S. electricity bills by $1 billion. The White House Office of Science and Technology Policy report found that the increased electricity demand from crypto asset mining can push up power prices for local consumers.

Experts agree that renewable electricity will not address the climate and electricity impacts of cryptocurrencies like bitcoin. Crypto mining requires a steady source of power, so miners are seeking cheap sources of electricity generated by burning coal and natural gas or from hydropower dams. Unless renewable electricity like wind and solar is paired with large-scale battery storage, renewables are not an attractive option for miners. There is also no way to ensure that cryptocurrencies using proof of work will switch to clean energy.

Bitcoin has sought to reduce their emissions through purchasing carbon offsets, but the offsetting services they procure don’t directly reduce greenhouse gas emissions, let alone account for the enormous amounts of energy from their own operations. This greenwashing perpetuates energy usage and emissions increases, not reductions.

Can cryptocurrencies switch from proof of work to proof of stake?

What could Congress do?

Congress can amend federal laws governing digital currencies to prohibit mining to validate cryptocurrencies. For example, Congress could amend the Commodity Exchange Act to prohibit the use of proof of work. But phasing it out in the U.S. could just shift mining to other parts of the world.

What is the Biden administration doing?

The Biden administration issued an executive order earlier this year to create an interagency task force to “ensure the responsible development of digital assets,” including likely impacts on climate change and electricity use. The report, which was spearheaded by the White House Office of Science and Technology Policy, identified measures to address the impacts of proof of work crypto mining. One of the key conclusions of the report is that “should these measures prove ineffective at reducing impacts, the Administration should explore executive actions, and Congress might consider legislation, to limit or eliminate the use of high energy intensity consensus mechanisms for crypto-asset mining.”