Five things you should know about GMOs

You have the right to know what’s in the food you eat. 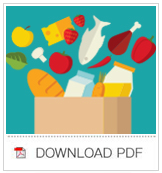 More than 40 nations, including the European Union countries, Australia, Saudi Arabia, Russia, Japan and China, label genetically modiﬁed organisms, also known as genetically engineered food.1  Polls show that more than 9 of 10 Americans want labeling of GMOs.2  Over the past year, more than 1 million Americans have signed a petition asking the federal Food and Drug Administration to require it.

The supermarket (and likely your breakfast) is full of GMOs.

The long-term safety of genetically engineered foods has not been proved.

When government agencies approve GMOs, they rely on quick studies involving short-lived laboratory animals.  These cannot determine the long-term consequences when people eat genetically engineered foods over a lifetime.  Some scientists have observed changes in the metabolism of animals fed genetically engineered foods.4 These alterations may indicate a risk to human health—we just don’t know.

GMOs encourage the development of superweeds and harm biodiversity.

Producers of genetically engineered crops argue that their technology will solve world hunger.  The reality is starkly the opposite.  After nearly two decades, genetically engineered crops have failed to make any meaningful di erence for hungry people91011 Instead, GMO crops drive out locally adapted crop varieties that are suited to particular soils and climates, undermining sustainability and resilience of local farms around the world and contributing to hunger globally.
August 21, 2012
PDF Download
We’re in this together