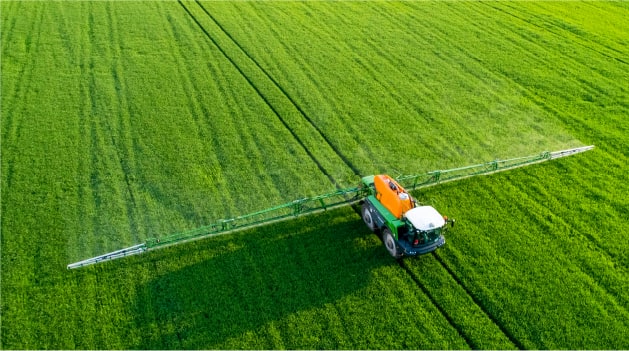 More than 2 million Americans in hundreds of small, mostly rural communities are drinking water with levels of nitrate that increase the risk of some cancers, according to a recent comprehensive review of the health effects of nitrate in drinking water. EWG’s Trouble in Farm Country report found that drinking water for 1,695 towns with 25,000 or fewer people was contaminated with nitrate at or above that level, 5 mg/L, in 2016 and 2017. Drinking water in 128 of those towns was already contaminated above the legal limit for the chemical.

Nitrate in chemical fertilizers and in manure applied every year to fields around these towns is the major source of contamination. The map below shows the location of those towns and how many acres were treated with fertilizers or manure.

Drinking water utilities in more than two-thirds of these communities have no systems in place to remove nitrate from drinking. The cost of adding a treatment system can be crippling to a town’s budget.

Big cities can spread the cost of treatment over a larger customer base. But depending on the technology used, in small communities the increased cost of treatment per person could be hundreds or thousands of dollars per year.

Hiawatha, Kansas, for example, began building a new ion exchange treatment plant in October 2017 after officials had to warn residents several times not to drink the water. The plant will cost the town of 3,300 an estimated $3.5 million.

In 2018, EWG estimated the potential increase in water bills for residents of small towns and big cities across the U.S. to build and maintain a new treatment plant. The added burden on people in small towns could be as high as $666 per person a year for an ion exchange plant, or as much $2,776 per person if a more expensive reverse osmosis system was needed. The map linked below gives an estimated range of treatment costs for each location.