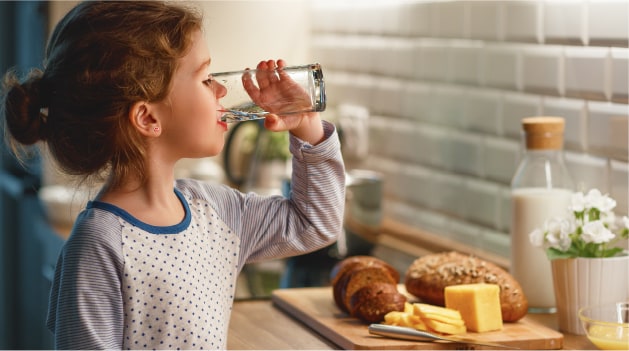 By spending billions to upgrade the nation’s failing water infrastructure, Congress can create tens of thousands of jobs and significantly improve the safety of drinking water supplies.

In the face of the economic crisis caused by the COVID-19 pandemic, Congress is considering multiple economic stimulus bills. When passed, this legislation must allocate at least $75 billion to clean up widespread contamination in the nation’s long-neglected tap water infrastructure – in the process creating high-paying jobs, injecting desperately needed capital into the economy and significantly reducing threats to public health.

It’s no secret that America’s drinking water system is failing. For many years, engineers, utilities and advocates have been warning policy makers and the public that the nation’s water infrastructure urgently needs a huge infusion of money to provide clean, safe water for all Americans. The American Society of Civil Engineers, or ASCE, gave the U.S. tap water system a “D” in its latest Infrastructure Report Card.

As EWG’s comprehensive Tap Water Database shows, legacy and emerging contaminants pollute community water systems small, medium and large. Most systems meet federal regulations, but contaminants are often found in concentrations exceeding levels scientists say are safe, especially for children, pregnant women and other vulnerable populations. Some drinking water contaminants can harm the immune system, including PFAS and TCE. Most contaminants have not been comprehensively assessed for their impacts on the immune system. Some contaminant limits have not been revisited in almost 50 years, including standards for pollutants’ links to cancer.

Federal regulations not only fail to protect the most vulnerable, they also fail to regulate many chemicals and contaminants. EWG estimates that more than 160 of the contaminants detected in U.S. tap water are not even regulated. Since Congress gutted the Safe Drinking Water Act in 1996, no new federal limits have been set for new drinking water contaminants, and most existing drinking water standards have not been updated.

Contaminants commonly found in U.S. tap water include industrial byproducts like PFAS, perchlorate, 1,4 dioxane, hexavalent chromium – the “Erin Brockovich” chemical – and trichloroethylene, or TCE. There is also widespread pollution from contaminants like arsenic and radium, which can occur naturally but also as a result of industrial pollution; lead from aging water pipes and fixtures; agricultural pollutants like pesticides and nitrate from fertilizer and manure; and disinfection byproducts.

Across the country, aging infrastructure like pipes, pump stations and treatment plants desperately need upgrades, which will cost at least $1 trillion, according to a 2012 report from the American Water Works Association, the latest available. Small utilities, which largely serve rural users, especially lack the funds for needed improvements.

Source Water Is at Risk

America also isn’t doing enough to protect from farm runoff and other potential contaminants the water utilities draw upon. Polluted bodies of water, depleted aquifers and inadequate storage are all called out in ASCE’s report card.

The ASCE’s 2011 “Failure to Act” analysis found that investing in U.S. drinking water and wastewater infrastructure would prevent $147 billion in losses by businesses and $59 billion in increased household costs due to the inevitable results – leaking pipes, rising utility rates and unalloyed pollution. This figure doesn’t include the cost of treating health impacts from pollution. A modest infusion of capital, the report found, would protect a total of $416 billion in gross domestic product and 700,000 existing jobs.

Investing at least $75 billion in drinking water infrastructure will infuse communities devastated by the economic impacts of the COVID-19 pandemic with much-needed funds to weather the crisis. It will create tens of thousands of quality jobs in engineering, technology and construction. It will enable small, rural communities to modernize their water systems. It will help clean up the environment, averting expensive cleanup efforts. And it will protect the public health of all Americans, especially the most vulnerable – pregnant women, children and others.

The COVID-19 pandemic will deal heavy blows to American families, communities and economic security. But this terrible situation also provides our leaders with an unprecedented opportunity to tackle the pressing issues we are already facing from an aging, crumbling drinking water system. It’s an opportunity we can’t afford to pass up.