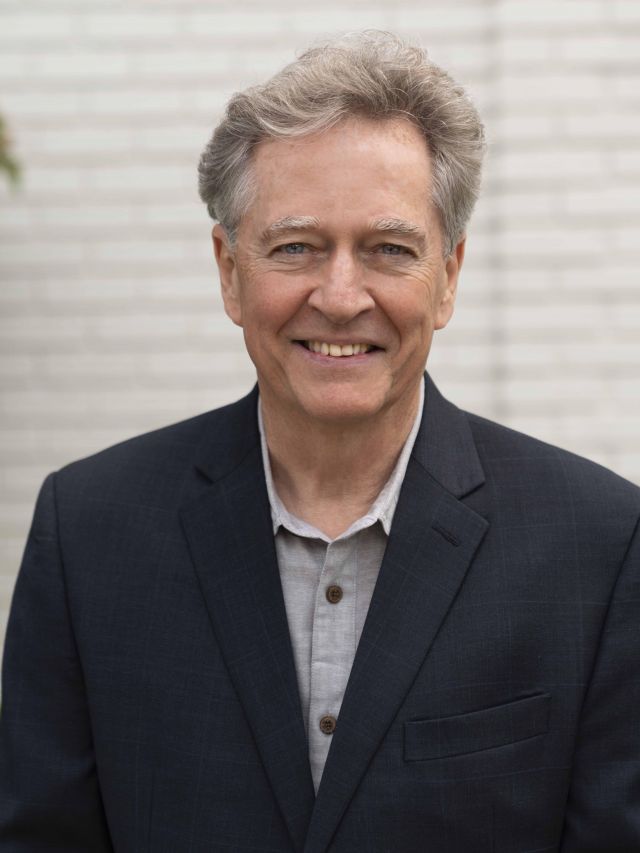 Ken Cook, president and co-founder of Environmental Working Group, is widely recognized as one of the environmental community’s most prominent and influential critics of industrial agriculture, U.S. food and farm policy and the nation’s broken approach to protecting families and children from toxic substances.

Under Cook’s leadership over the past 20 years, EWG has pioneered the use of digital technologies to expose the harms done by misconceived crop subsidies, crop insurance and runaway agricultural pollution. The organization has also empowered American families with easy-to-use, data-driven tools to help reduce their exposure to potentially harmful ingredients in foods, drinking water, cosmetics and other household products. These unique digital resources are searched hundreds of millions times by consumers, journalists and policy makers.

Cook is a widely sought public speaker on these and other environmental health issues and is frequently cited for the outsized impact that his and EWG’s work has had on policy debates in Washington and state and local governments across the country. Highlights include:

• Author and food policy expert Michael Pollan named Cook one of “the world’s 7 most powerful foodies” alongside First Lady Michelle Obama, nutritionist Marion Nestle and New York Times columnist Mark Bittman. In  pre-Thanksgiving column in 2013, Bittman listed EWG among 25 people and organizations for which he was most thankful.

• Capitol Hill’s closely read The Hill newspaper regularly lists Cook in its annual roster of Washington’s top lobbyists. In 2013 it said Cook’s “influence spans the country” and called EWG “the tip of the green movement’s spear when it comes to agriculture and food policy.”

• In 2009 Cook was voted the “Ultimate Green Game Changer” by readers of The Huffington Post. As founder Arianna Huffington put it, “EWG is an environmental superhero with a full set of digital tools in its arsenal.”

• Cook testifies regularly before Congressional committees and has given well-received talks at a variety of venues including the White House, South by Southwest (SXSW), TedX Manhattan and a number of other conferences and universities.

Cook was a principal architect of landmark provisions of the 1985 farm bill that for the first time shifted U.S. farm policy from a narrow focus on maximum crop production to conservation of land, water, wetlands and wildlife. The legislation was widely regarded the most important environmental farm policy reform in decades. He went on to co-found EWG, which created an online database of federal farm subsidy payments and recipients that has generated thousands of stories about the nation’s broken farm policies. A New York Times profile of Cook said the website helped “transform the [2002] farm bill into a question about equity and whether the country’s wealthiest farmers should be paid to grow commodity crops while many smaller family farms receive nothing and are going out of business.” Cook and EWG played a similarly prominent role during the crafting of the 2008 and 2014 farm bills, fighting successfully to add conservation requirements on farms that benefit from federally subsidized crop insurance.

In the 1990s, EWG’s research was a major factor in the passage of the landmark pesticide reform law, the Food Quality Protection Act. EWG was among the first to draw attention to the health threat posed by the weed-killer atrazine and conducted the first extensive tests for the chemical in tap water in 29 Midwest cities. In the last several years Cook and EWG have been in the forefront of national and state campaigns to require the labeling of foods that contain genetically engineered ingredients.

Cook has addressed food, agriculture and toxics policy in countless media interviews, including with 60 Minutes, CBS Evening News, NBC Nightly News, the Today Show, MSNBC, CNBC, FOX Business News, CNN’s Anderson Cooper 360, The New York Times, The Washington Post, The Associated Press, Reuters, The Los Angeles Times and The San Francisco Chronicle. He testifies regularly before House and Senate committees and for the past 20 years has briefed top White House officials and every U.S. Secretary of Agriculture and EPA Administrator on EWG’s research and policy positions.

He has been recognized with multiple awards from health and environmental organizations including Mount Sinai Hospital’s Children’s Environmental Health Center, the U.S. Healthful Food Council and Epidemic Answers.

Cook is a board member of Food Policy Action (and founding chairman), Organic Voices, Amazon Conservation Team, Marin County Bicycle Coalition and a former member of the board of the Organic Center. He earned a B.A. in history, B.S. in agriculture and M.S. in soil science at the University of Missouri-Columbia.

He is married to Deb Callahan and lives in northern California with their young son, Callahan.

EWG Letter to CDC Director Calling for His Resignation

September 21, 2020
More Articles by this Author
Back to Top