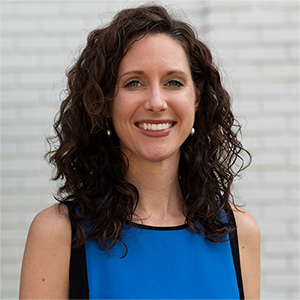 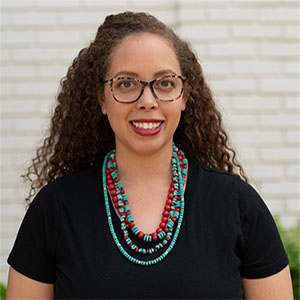 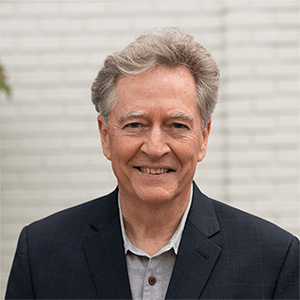 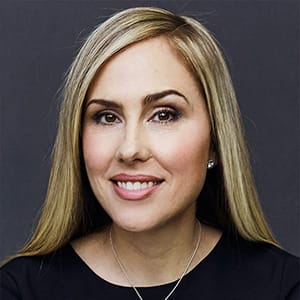 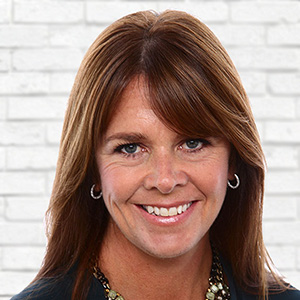 Board Member and Founder, moregreenmoms 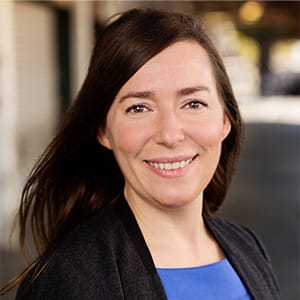 expert in all things cleaning products 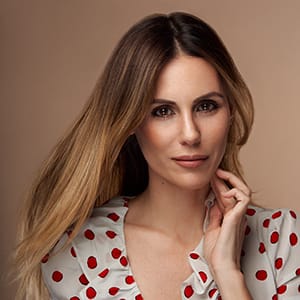 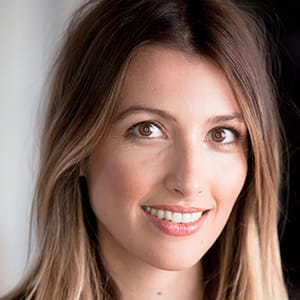 Board Member and Board-Certified Internal and Integrative Medicine Physician 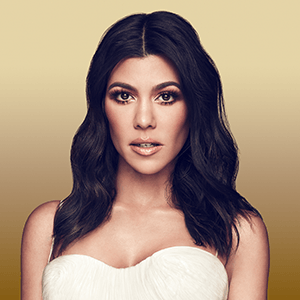 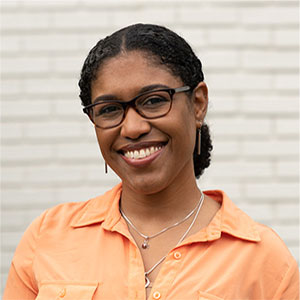 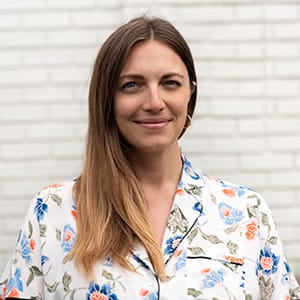 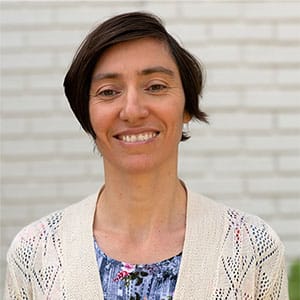 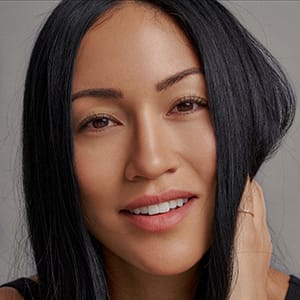 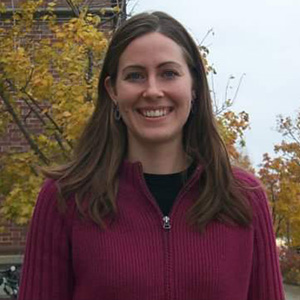 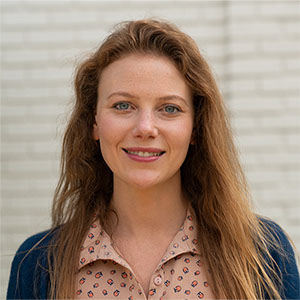 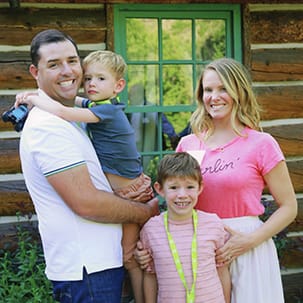 CEO of the San Francisco 49ers

Jocelyn joined Environmental Working Group in 2007. She leads EWG’s principal fundraising and external engagement programs, which seek to build support for and garner awareness about EWG’s mission to empower people to lead healthier lives in healthier environments. Her role includes everything from development and strategy to marketing and engagement. She collaborates with clean beauty and wellness experts to create effective partnerships for EWG’s programs.

As EWG’s legislative attorney, Melanie provides legislative and regulatory analysis of federal food, farm and chemical law. Melanie grew up in Omaha, Neb., and received her B.A. from Marquette University. After college, she worked as a research assistant, studying fair trade coffee in Chiapas, Mexico, and later as a community organizer for Voces de la Frontera, in Milwaukee. She received her J.D. from Georgetown University Law Center in 2014, where she was an evening student and a Cutler Salzburg Fellow, and served on the Georgetown Journal of International Law. She is fluent in Spanish and enjoys running, Cornhusker football and biking to work.

Carla joined EWG’s research team as an analyst with a focus on toxics research. After graduating from the University of Rochester with a B.S. in earth and environmental sciences, she joined the Peace Corps. Carla was an agroforestry extension agent in Senegal, where she worked alongside farmers to implement sustainable agriculture and forestry practices. She earned a master’s degree in environmental science, with a focus on ecotoxicology, from American University. Carla brings several years of nonprofit data analysis and project management experience to EWG’s research team. When she’s not working, Carla enjoys cooking, learning new styles of dance and being outdoors.

The president and cofounder of EWG, Ken is widely recognized as one of the environmental community’s most prominent and influential critics of industrial agriculture, U.S. food and farm policy and the nation’s broken approach to protecting families and children from toxic substances.

Under Cook’s leadership, EWG has pioneered the use of digital technologies to empower American families with easy-to-use, data-driven tools to help reduce their exposure to potentially harmful ingredients in food, drinking water, cosmetics and other household products. Capitol Hill’s closely read newspaper, The Hill, regularly lists Cook in its annual roster of Washington’s top lobbyists. It has said Cook’s “influence spans the country” and called EWG “the tip of the green movement’s spear.”

Cook is a board member of Food Policy Action (and founding chairman), Organic Voices and the Amazon Conservation Team and a former member of the board of the Organic Center.

Soozie Eastman is the director and producer of the feature documentary “Overload: America’s Toxic Love Story.” The daughter of an industrial chemical distributor, Soozie read EWG’s alarming newborn cord blood study, which started her on a journey to find out the levels of toxins in her body and whether there was anything she or anyone else could do to change them. With guidance from world-renowned physicians and environmental leaders, and from EWG’s website, apps and scientists, she has started to uncover how we got to be so overloaded with chemicals and today continues to pose the question “Can we hit the reset button, or is it too late?”

Christine is the founder of moregreenmoms and a trusted voice in her community. A sought-after thought leader, she frequently shares her insights about how to understand and eliminate harmful toxins from our environment. As an EWG board member, she has worked for many years on environmental education, advocacy and entrepreneurship. Christine is a member of the advisory council for the Stanford University Woods Institute for the Environment and has served for 10 years on the board of the San Francisco Parks Alliance. Christine is the author of a children’s book, "A Moment of Quiet Is Nothing To Fear," a story that embraces the power of imagination and unstructured time for children. A graduate of Stanford University, Christine has worked in publishing, investment research and Internet development. She lives in San Francisco with her husband and three children.

A native New Yorker and former chef, Samara left the world of restaurant kitchens behind to delve into toxics reduction advocacy and pursue her education in environmental health science and policy. In addition to an associates of applied science degree in culinary arts, she holds a B.S. in conservation and resource studies from the University of California at Berkeley. Samara is passionate about her work developing EWG’s online consumer guides and databases, from cleaning products to cosmetics, in order to raise awareness and influence market change. Out of the office, she can be spotted skiing, cooking, and dabbling in the art of buying and selling antiques and vintage collectibles.

Sarah Howard is a writer and beauty consultant and the founder and editor of Beauty Banter. She currently serves as the chief operating officer of the lifestyle website Poosh. Sarah has written beauty, fashion, and lifestyle pieces for a variety of digital publications, including Style, Elle, Interview Magazine and Refinery 29. She also launched the beauty sections of Hollywood Life and Lifestyle Mirror before becoming content director of Marjorie Harvey’s fashion and lifestyle website, the Lady Loves Couture. Sarah is currently in the process of creating an ingredient database that tests the efficacy of beauty products for a variety of skin types and concerns.

Dr. Bojana is an award-winning physician, double-board-certified in internal and integrative medicine. Focusing on highly personalized evidence-based medicine, she aims to address root causes of each patient’s conditions and develops individualized plans to support and empower them to achieve their unique health goals.

Dr. Bojana co-founded and served as chief medical officer of WellStart Health, a digital therapeutics startup. She has performed research in endocrinology and oncology, published papers in peer-reviewed journals and presented her work at academic conferences. She has also shared her medical expertise on “Today” and “Rachael Ray.” Dr. Bojana has received numerous awards, including recognition as the Southern California Top Doctors’ Rising Star in 2016 and 2017 and the Top Doctor recognition in 2018 and 2019 in New York. Her website, drbojana.com, features her videos, articles and recipes. Dr. Bojana currently practices integrative and functional medicine in Manhattan.

Kourtney Kardashian is a mother of three, entrepreneur, executive producer, and the founder of Poosh.

Kourtney first partnered with EWG when she went to Washington, D.C., in 2018 to advocate for better cosmetics safety regulations. The Instagram icon has been a clean-living trendsetter for years and is a longtime fan of EWG’s Skin Deep® Database and Healthy Living App.

Nneka joined the EWG science team in 2006 and now leads EWG’s Healthy Living Science team, translating complicated science into easily accessible tips and advice. She is an expert in a wide range of issues, including the safety of ingredients in cosmetics and other consumer products, and drinking water quality. Nneka has appeared on CNN and the CBS Evening News, as well as other national and local television stations, and been quoted in Time Magazine, Yahoo News and The Huffington Post, among others. She was named a “Green Game Changer” by O Magazine for her research at EWG. She earned graduate degrees in zoology and public health from the University of the West Indies and Johns Hopkins University, respectively.

After graduating as a valedictorian from Colgate University, Olga began her graduate studies at the University of California at Los Angeles, focusing on the molecular basis of immune defense against infectious disease and cancer. During her graduate and postdoctoral research, she co-authored and published more than two dozen peer-reviewed papers. From 2007 to 2012, Olga served as a senior scientist at EWG, working to advance public policies to reduce Americans’ exposures to toxic chemicals. From 2014 to 2016, Olga held a prestigious American Association for the Advancement of Science policy fellowship, working in the EPA Office of Water and focusing on climate change and water quality standards. She returned to EWG, in 2016, spearheading research on children’s environmental health. Olga loves reading and languages.

Stephanie Shepherd began her career as the chief operating officer of Kardashian West Brands. After five years in that role, Stephanie stepped out on her own and has partnered with various brands – from American Express to Google to Shiseido. As an authority on style to her millions of fans, Stephanie has taken her beauty and fashion expertise to outlets like Elle magazine and the lifestyle website Poosh, where she is a monthly contributor.

Shepherd pairs her social influence with an enthusiasm for social activism. As an ambassador to “The Climate Reality Project,” which is spearheaded by former vice president Al Gore, she advocates for climate change education. She co-founded the climate education digital platform Future Earth. Additionally, after learning that menstruation is a barrier to education and opportunity in underdeveloped countries, she became an ambassador for Days for Girls and joined Khana as a strategic advisor. Most recently, she has partnered with EWG to spread awareness about the need for cosmetics safety reform.

Tasha holds bachelor’s degrees in biological sciences and environmental engineering from Michigan Technological University. She worked as an environmental engineer for three years before returning to graduate school, earning a Ph.D. in environmental chemistry and technology from University of Wisconsin–Madison. Tasha moved to the San Francisco Bay Area for a post-doctoral position studying the ecotoxicology of nanoparticles at the University of California at Davis and the U.S. Geological Survey in Menlo Park. She is the author of six peer-reviewed journal publications and joined EWG in 2014. Tasha says growing up in the Northwoods shaped her character and inspired her sense of environmental stewardship. A native Minnesotan, Tasha enjoys the California sunshine but has recurring dreams of shoveling snow.

Originally from Chappaqua, N.Y., Alexis recently moved to Washington, D.C., to join the EWG investigative science team. She earned her bachelor’s degree in biological sciences from Connecticut College, in 2010. Alexis began her research career at Columbia University Medical Center studying the molecular mechanisms responsible for environmental influence on gene regulation. She attended the Medical University of South Carolina, where she earned a Ph.D. in marine biomedicine and environmental sciences. She studied how exposure to environmental chemicals during development can influence adult disease. When she’s not working, Lexi may be found in a yoga studio, exploring the closest outdoor park, attending a dance performance, or cooking vegetables.

CEO of the San Francisco 49ers Jed and Danielle York

Jed and Danielle York share a mutual passion for giving back to their community and for the success of the Bay Area’s favorite football team. Under their leadership, the San Francisco 49ers organization was named ESPN’s Humanitarian Team of the Year in 2017, and has appeared in three NFC Championship Games and a Super Bowl.

A graduate of Notre Dame with degrees in finance and history, Jed started his professional career at Guggenheim Partners in New York, before joining the family business in 2005. After being promotedto CEO of the 49ers, in 2010, he went on to lead the development and construction of Levi’s® Stadium.

A graduate of the University of California, Danielle has always had a passion for her community. After college, she was privileged to serve as a sixth-grade teacher at Martin Luther King, Jr. Middle School in the Bayview area of San Francisco. In addition to her work supporting underserved youth in the Bay Area, Danielle contributed to the installation of the Faithful Farm, a 3,000 square-foot rooftop farm at Levi’s® Stadium. This is the first rooftop garden at an NFL stadium and its produce is harvested for use in dishes served at Levi’s® Stadium.